Earlier this month, Suzanne Zack, Head of Sale, British & European Fine Art made an exciting discovery of two previously unpublished drawings by John Constable RA. Suzanne talks us through the process from discovering the drawings to fully attributing them to Constable.

How did the works come to Chiswick Auctions?

They were brought into Chiswick Auctions in a box of pictures by Tam Fry, the son of playwright Christopher Fry, and his daughter Tamzin. The box contained predominately early British drawings and watercolours which had been all but forgotten under a bed in his father’s house for many years. 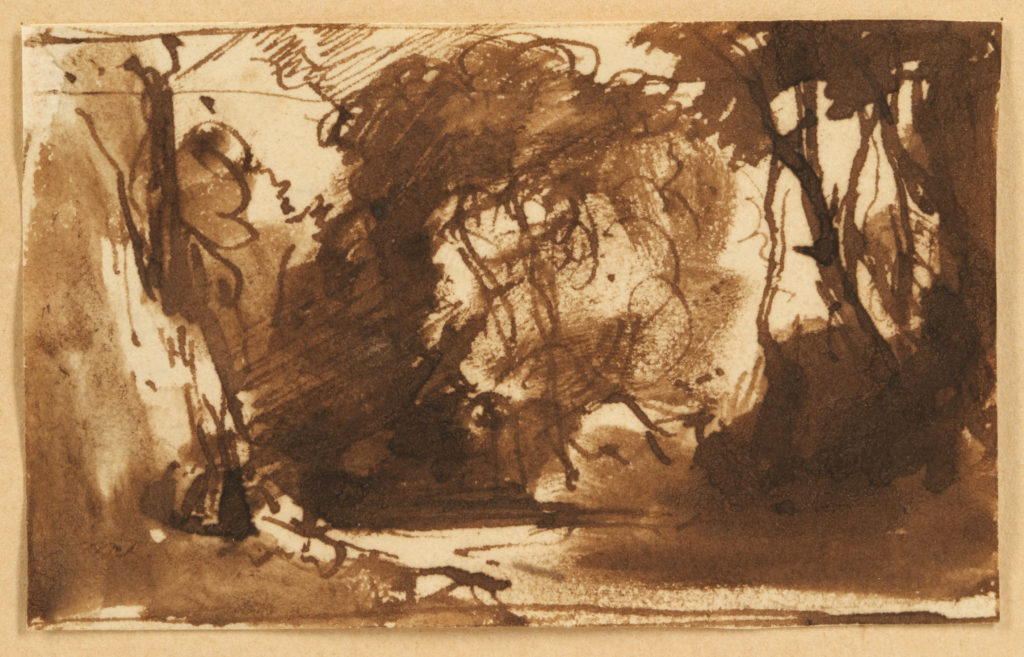 
Why did you think the works were attributed to Constable?

Among the collection of drawings were 4 small framed sketches with the name John Constable RA printed on the mounts. They were in very old, simple, wood frames and had clearly not been taken out of the frames for many decades. As soon as I saw these sketches, I felt that they were worth researching and I made an appointment to show them to Anne Lyles, former curator of British 18th and 19th century art at Tate Britain. On first inspection, Anne showed enthusiasm for the drawings and in particular felt that the two pen and ink sketches showed characteristics of other known sketches by Constable in this medium. She suggested that we contact paper historian, and expert on the paper used by John Constable, Peter Bower.

What research did you undertake?

At our initial meeting, we removed the drawings from the frames and found inscriptions on the mounts in pencil, belonging to the hand of Leonard Duke, the great collector of British drawings in the 1950’s. These inscriptions contained Duke's own reference numbers which related to his catalogue, now held in the British Museum.

On checking the Duke catalogue, we found his entries for the four drawings, which he had purchased in the early 1950’s. This was very exciting as it confirmed their provenance and that Duke had purchased them and later sold them as works by or attributed to Constable.

Peter was able to identify that these sketches were drawn on Whatman writing paper. Constable often used writing paper for his sketches as he preferred its texture, he also incorporated sketches in some of his letters.

Finally, we know that between 1832 -1835, Constable was working on an illustration from Shakespeare’s As you Like It, known as ‘Jacques and the Wounded Stag’. It is probable that the pen and ink drawings are Constable’s working ideas for this subject. Constable favoured the medium of pen and brown ink, and wash on paper during the 1830s to capture his compositional ideas.

What does this discovery mean?

They are an exciting discovery that adds to our understanding of Constable’s working methods particularly in his preparatory sketches and show the evolution of his technique.

It has been very exciting for the family to discover works by Constable in the collection of their father and grandfather. They are excited to attend the auction and hope that they will be bought by a collector who will fully appreciate the significance of the drawings.

Both drawings will go under the hammer in the British & European Fine Art including Portraiture Miniature on Tuesday 6th March at 2pm.