Art and fashion through the ages

On Wednesday 27th November, we present our Old Masters Paintings sale, followed by Designer Handbags and Fashion. The relationship between art and fashion has produced some fantastic collaborations in the 20th and 21st centuries, borne of the creative and innovative forces that drive each industry. But the interaction between the two was also apparent in the 16th, 17th and early 18th centuries. Ahead of the auctions next week, Nick Greenwood, Director of Operations and HR, and Rachel Anderson-Deas, Paintings and Fine Art Intern, discuss the relationship between art and fashion, both today and during the Old Masters period.

It's generally accepted that the modern fashion industry, in the form of a fashion house run by an individual designer, began with Charles Frederick Worth's 'House of Worth' in 1858. He was the first designer to have his label sewn into clothes, to use live models and was the first designer name to appear in women's magazines. This was the start of haute couture in Paris, and the fashion magazines from the 1870's onwards helped to provide a wider platform for collaboration between fashion and art. Edouard Manet's 'Portrait of Berthe Morisot', painted in 1872 is an excellent example of how painting, and particularly impressionist painting, started to engage with contemporary life and fashion. Although in mourning dress, the sitter is also fashionably dressed, with ribbons and scarves, fine muslin, and a hat perched high on her head.

As the twentieth century progressed, it is perhaps not surprising that artists and fashion designers developed a kind of symbiotic relationship. Although drawing from different traditions – art perhaps seen as a slower process in contrast to fashion, which is constantly moving forward at a speed (and, in some quarters, considered the visual arts lesser intellectual counterpart) – artists and fashion creatives are both interested in form, colour, shape, cultural references, symbolism, and emotional impact.

Many fashion designers have drawn on artists and their work in order to directly influence their designs. Coco Chanel and Salvador Dali’s friendship in the 1920’s and 1930’s led Dali to design costumes for the ballet and theatre. Chanel also influenced Dali’s design of clothes, textiles and jewellery. Famously, Yves Saint Laurent assembled an incredible art collection, and started to design clothes in homage to his favourite artists. His autumn-winter 1965 collection paid tribute to Piet Mondrian, designing dresses using the block colours and geometric shapes that directly reflected Mondrian’s most recognisable works. 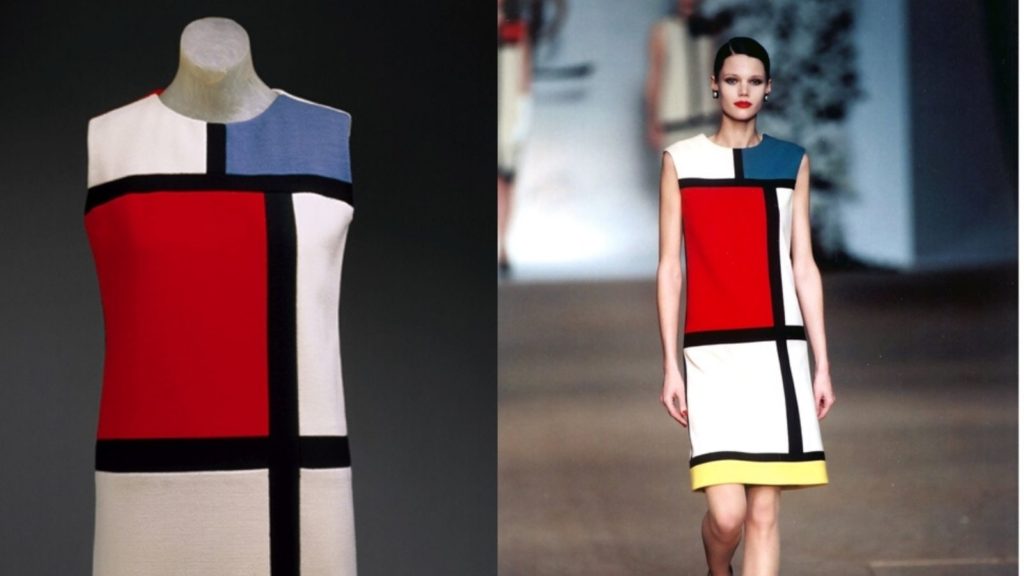 In the 21st century, there are many examples of continuing collaboration between artists and fashion designers – Raf Simons collaboration with Sterling Ruby, Liam Gillick with Pringle of Scotland, Sarah Burton with Damien Hirst, and Yayoi Kusama with Marc Jacobs. Artist Ehryn Torrell takes pages from Vogue Magazine and rips and resizes them into collages and textiles. Additionally, Victoria Beckham’s collaboration with Sotheby’s Old Master Paintings has helped to highlight and celebrate women ‘Old Master’ artists in the 21st century.

We now turn to how clothing is represented in Old Masters Paintings, using examples from the upcoming sale and museum collections. Clothing is a publicly visible sign that can reveal multifaceted identities, and its portrayal in art has historically been used to announce and initiate an individual’s personal promotion. Individuals ritually altered their clothing according to the significant changes they faced within their personal life, including of wealth, employment, relationship status and ‘life-cycle’. Societal factors also influence what clothing individuals can access. Fashion was dramatically affected by new cultural exchanges that stemmed from changed trading patterns as the early modern world (c. 1450-1700) became increasingly globally interconnected.

Dress in art provided material signs that marked bodies and associated them with particular institutions. In Giovanni Bellini’s 1501 painting Doge Leonardo Loredan, this figurehead of the Venetian Republic wears state robes and is rendered instantly distinguishable as doge by his pointed hat, named a corno.  The doge’s state robes – of rich silk brocade in white and gold are embroidered with the Venetian pomegranate design – which references the republic’s wealth and provides an aesthetic aid to Venice’s diplomatic negotiations by reassuring nations suspicious of Venice’s republican identity that the doge appears, and by implication behaves, similarly to other state leaders.

The gifting of clothes helped structure diplomatic exchanges, often signifying the initiation or continuation of relations. Nicholas Maes’ Portrait of a gentleman (Lot 47 in our upcoming sale) depicts the sitter in a Japanese rok (in contemporary Dutch) which refers to a type of kimono popular in Holland in the late 17th century. These Japanese rokken were presented by Japan’s shogun, Tokugawa Shogunate (1600-1868) to Dutch East India Company officials as diplomatic gifts. Rokken quickly became prized as fashionable luxury goods that symbolised a wearer’s cosmopolitism and wealth. By painting his sitter in this attired, Maes uses clothing to communicate not only the gentleman’s individual sophistication, but also the Dutch Republic’s involvement in global trade. 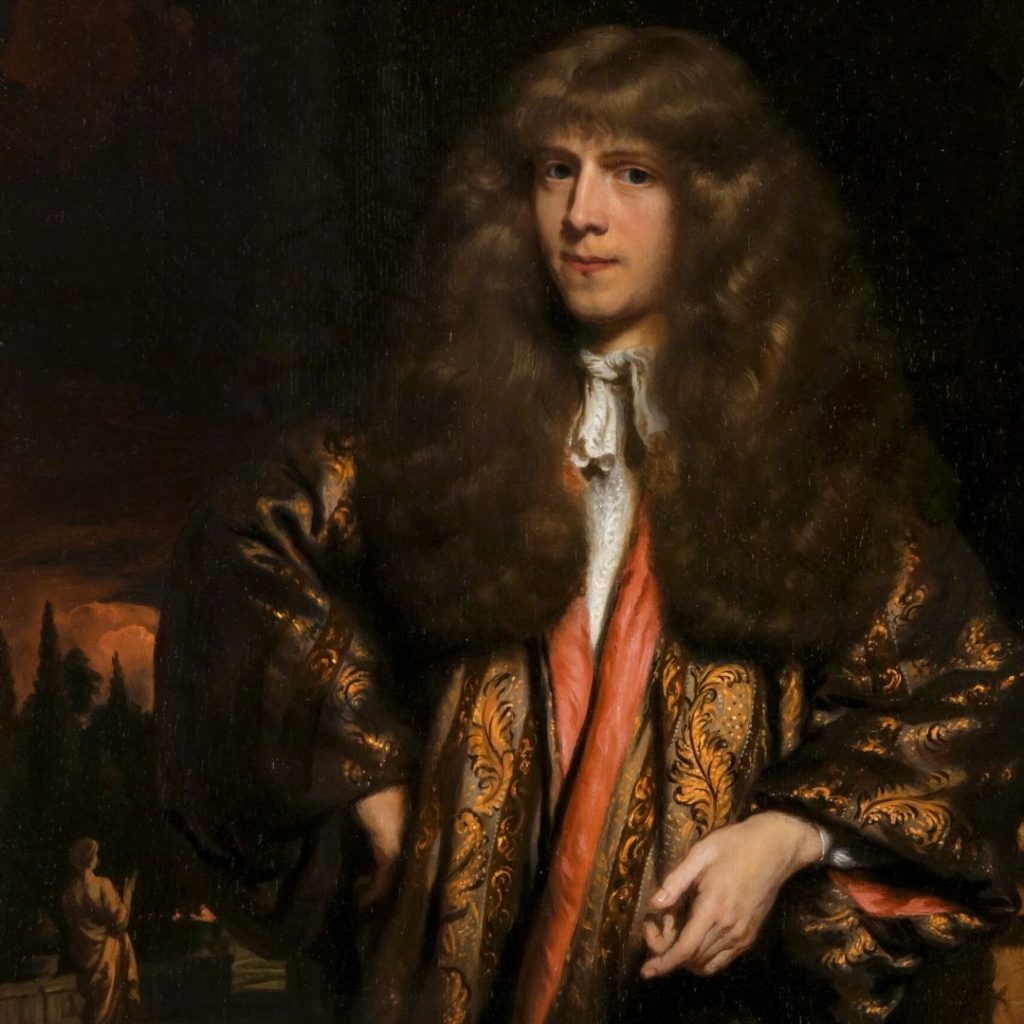 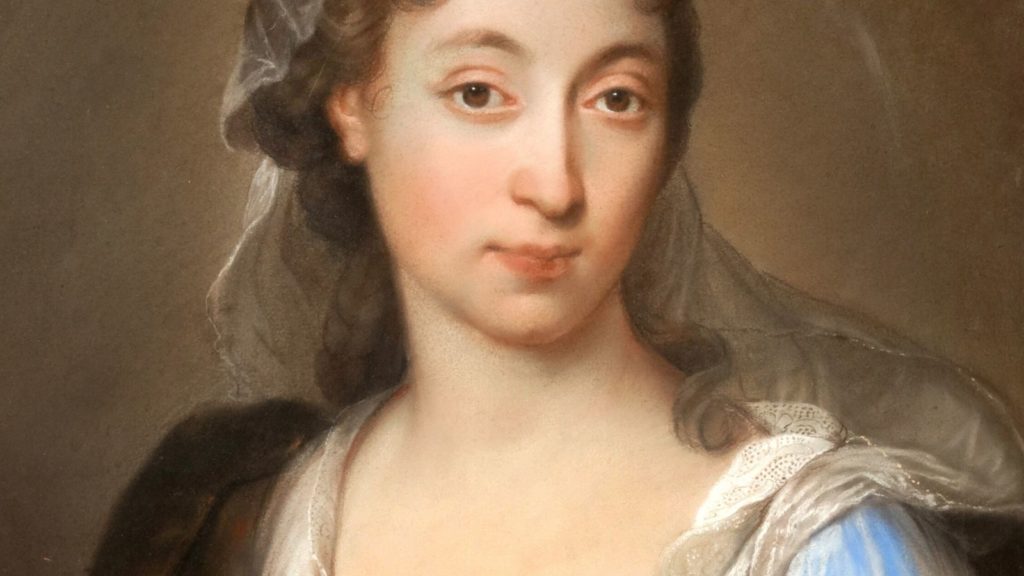 The presentation of clothing in portraiture is emblematic of attempted self-fashioning. Joseph Vivien’s Portrait of a Lady shown in the guise of Minerva (Lot 35) offers a flattering appraisal of the sitter’s character and aligns her with the goddess of wisdom. By dressing as Minerva, the sitter is channelling the goddesses’ attributes as a beautiful and intelligent woman with an understanding of classical literature. Representing beautiful women as goddesses allowed artists to create an artistic ideal of beauty that stood in opposition to accepted codes. This practise dated back to centuries before Vivien’s portrait and is evident in Renaissance Florentine art. During the Italian Renaissance, a portraiture beauty canon evolved which depicted Florentine women with long necks, golden hair, pearly white skin, sparkling blue eyes and rosy lips and cheeks. This criterion drew on poetic descriptions of women from Dante and Petrarch to Lorenzo de’ Medici and inspired paintings such as Antonio del Pollaiuolo’s Portrait of a Young Lady and Botticelli’s 1465 Portrait of a Young Woman.