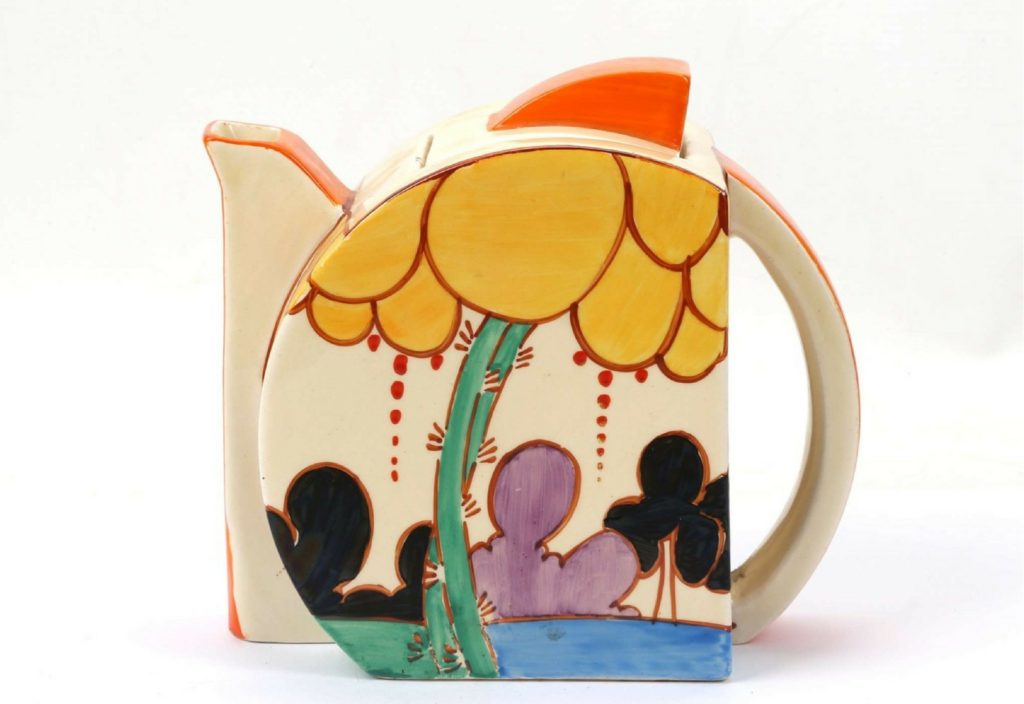 Ahead of the 20th Century & Contemporary Art & Design auction on 17 October, we take a closer look at the work of pioneering Art Deco ceramic artist Clarice Cliff.

With a cult following that includes Vogue Editor Anna Wintour and actress Whoopi Goldberg, Cliff’s iconic creations can fetch figures from $100 to $30,000 and her work is on display across the world, including the Victoria & Albert Museum and The Metropolitan Museum of Art.

As one of seven children born into a working-class family in Staffordshire, Cliff was sent to work in the potteries at the age of 13, which was expected of girls during this period.  After a few years, Cliff moved to another factory called A.J. Wilkinson’s, which offered better career opportunities.

At the Wilkinson Factory, Cliff worked alongside men and used her position to learn as much as possible, experimenting with modelling, gilding and painting. Cliff was a rarity during a time when factory work was strictly hierarchical and it was very unusual for women to be designers.

Colley Shorter, the Director of Wilkinson’s, couldn’t fail to notice Cliff’s talent and sent her to the Royal College of Art in London for three months, followed by a trip to Paris to absorb the latest trends. Upon her return, Cliff was given her own studio and managed a team who hand painted her Deco patterns. During this period, Cliff launched the widely recognised ‘Bizarre’ line of wares and soon became a household name.

Her success in the 1920’s was without precedent and was due in part to the vibrant patterns, bold colours and unique shapes that characterised her work, as well as Colley Shorter’s marketing expertise. Her work was informed by Art Deco designs, as well as the modernist movements of Cubism and De Stijl. Colley Shorter would hire celebrities to be photographed buying pieces of Cliff’s ‘Bizarre’ line and he also organised painting demonstrations in popular department stores. This coincided with her rags-to-riches story that appealed to the press. 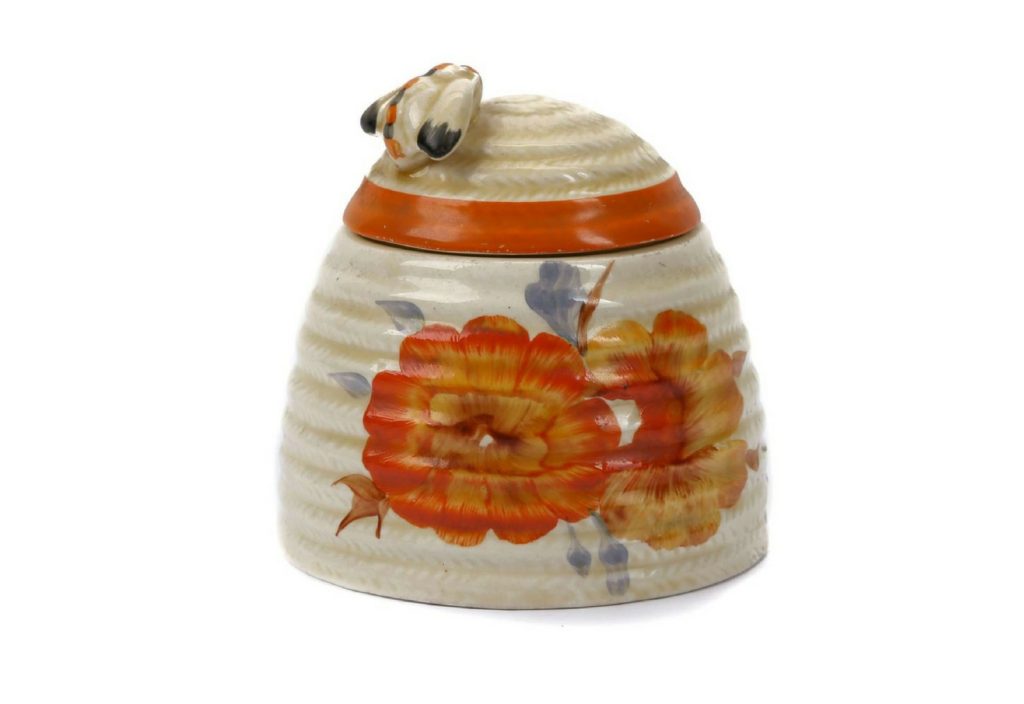 Pieces offered in the forthcoming sale represent an exciting opportunity for both familiar and new buyers. Part of the appeal for Cliff collectors resides in the fun of spotting particular patterns and shapes and acquiring an example of each. Furthermore, there is enough Cliff out there to make it an accessible collecting field, but not enough to render it pervasive.

Specific ranges produced in smaller quantities or unusual combinations of pattern and shape adds considerable appeal and indeed, some previously unrecorded patterns continue to be discovered. Top tips for buying Cliff pieces at auction include paying particular attention to authenticity and damage; look out for an authentic signature and check that the glaze is in good condition. A Stamford shaped teapot (Lot 52) offered in the sale is one of several pieces that are particularly sought after at auction.