There is ‘no gem in existence more intense than this.’ – Pliny the Elder.

Ahead of the Jewellery auction on 21st November, Specialist Charlotte Peel shares expert insight into the dazzling world of emeralds and reveals a selection offered in the sale.

A jewel fit for royalty

The diversity of tones, translucencies and cuts infuses the gemstone with an originality and personality that sets it apart from others. The favourite of Pharaohs, prized by the Mogul rulers of India who received the galleons of the Spanish treasure fleet from Portuguese traders via the Spanish court, and coveted by the royal houses of Europe, the emerald has been revered for thousands of years.

With a vibrant green symbolic of spring, the emerald is treasured as an emblem of rebirth and enduring love. 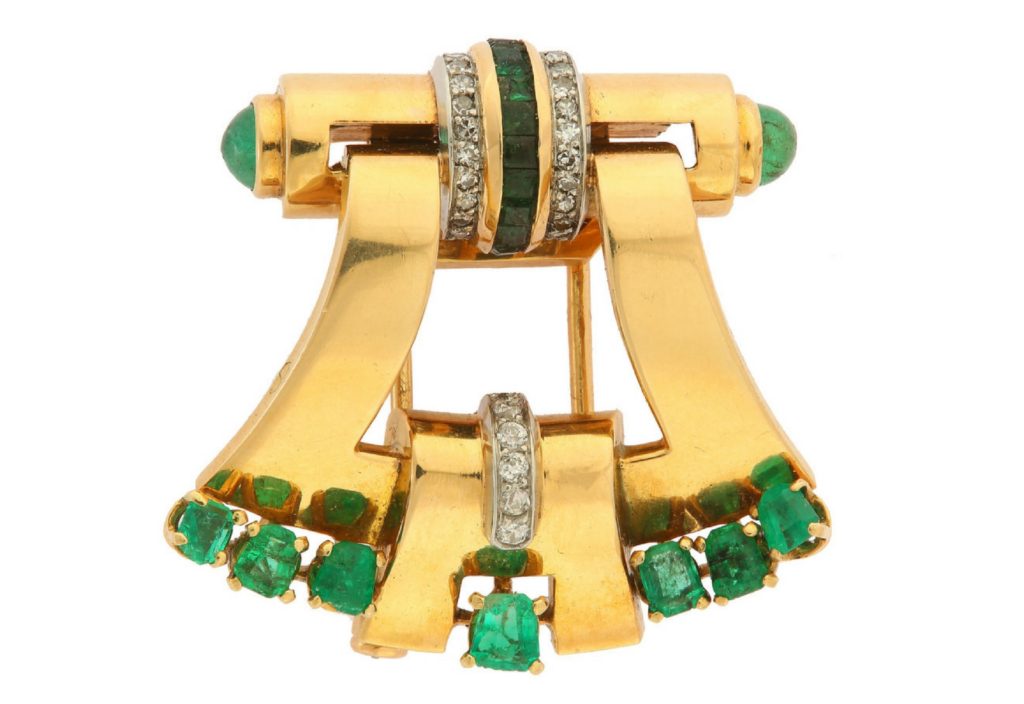 The jewel of choice for Cleopatra, Elizabeth Taylor and Angelina Jolie

The emerald mines in Egypt were referred to as Cleopatra’s Mines because of the queen’s affection for the rich green stones. In more recent decades, the emerald has been the jewel of choice for celebrities including Hollywood stars Elizabeth Taylor and Angelina Jolie.

Though few of the original mines survive, the two largest, Sikait and Zubara, can still be found on Mount Smaragdus, popularly referred to as ‘Emerald Mountain’.

‘No one has ever seen anything like the South American emeralds, they were unparalleled in quality, colour and quantity – and have been unrivalled ever since.’ – Aja Raden, ‘Stoned.’

While emeralds in antiquity were mined in Egypt, India and Austria, the most renowned and in demand are found in three esteemed mines in Colombia. Today, Colombia is responsible for around 50% of world production. Other notable countries include Brazil, Zambia and Zimbabwe.

A 6.36 carat emerald ring offered in the sale (pictured above) is of Colombian origin. Its bright blueish green hue is considered amongst the best possible colour and with its impressive size, it is the perfect ring to take you through the holiday party season.

In 1537, the first of Colombia’s well-known mines opened under Spanish control. Thirty years later, the most bountiful emerald mine in history was discovered 60 miles north of what is now Bogotá: Muzo. Muzo has provided some of the most eminent emeralds in history, including an uncut stone weighing a remarkable 1383.95 carats. When the 6th Duke of Devonshire was gifted this stone by Emperor Dom Pedro I of Brazil, it then became known as the Devonshire. 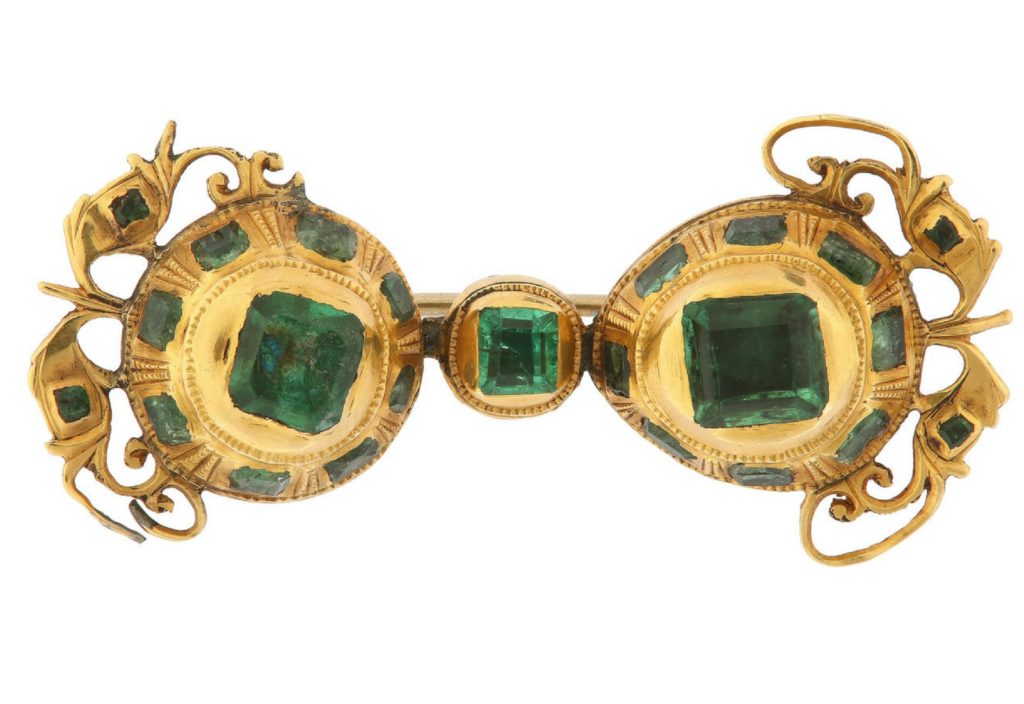 Colour and clarity are key

When grading gemstones, colour is usually the most important criterion. However, in the case of emeralds, clarity comes a close second. The most sought-after stones are a vivid green or have a blueish green hue with even saturation and no colour zoning. It is the medium to dark tone that characterises an emerald. Gems with lighter-tones are referred to as green beryl and bluer gems are classified as aquamarines.

It is natural for emeralds to have inclusions and surface breaking fissures and thus it is virtually unknown to have a ‘clean’ emerald without flaws. Instead of the term imperfection, dealers reference emerald inclusions as an internal ‘jardin’, or garden, symbolic of the verdant wilderness flourishing within.

The majority of emeralds are treated in some way in order to improve their clarity and strength and each one is graded according to a scale: none, insignificant, minor, moderate and significant. While treatment is widely accepted, it does affect value: oil-treated emeralds are worth less than untreated emeralds that look similar. The 6.36 carat emerald ring offered in the sale, certificated by the Swiss laboratory Gübelin, has only had minor treatment.

The ‘emerald cut’ is most popular, but there are others to consider

The most popular way for an emerald to be cut is the rectangular step-cut, widely referred to as ‘the emerald cut.’ Beads and cabochon are also favoured cuts. Cabochon gemstones are normally rounded in appearance, with a flat reverse, which contrasts to the faceted cuts that are geometric in shape.

The appreciation for emeralds over the centuries shows no signs of slowing in today’s market; global interest and increased competition means that buyers are prepared to pay high prices.