Collector's Guide: Judging a Book By Its Cover - decorated bookbindings 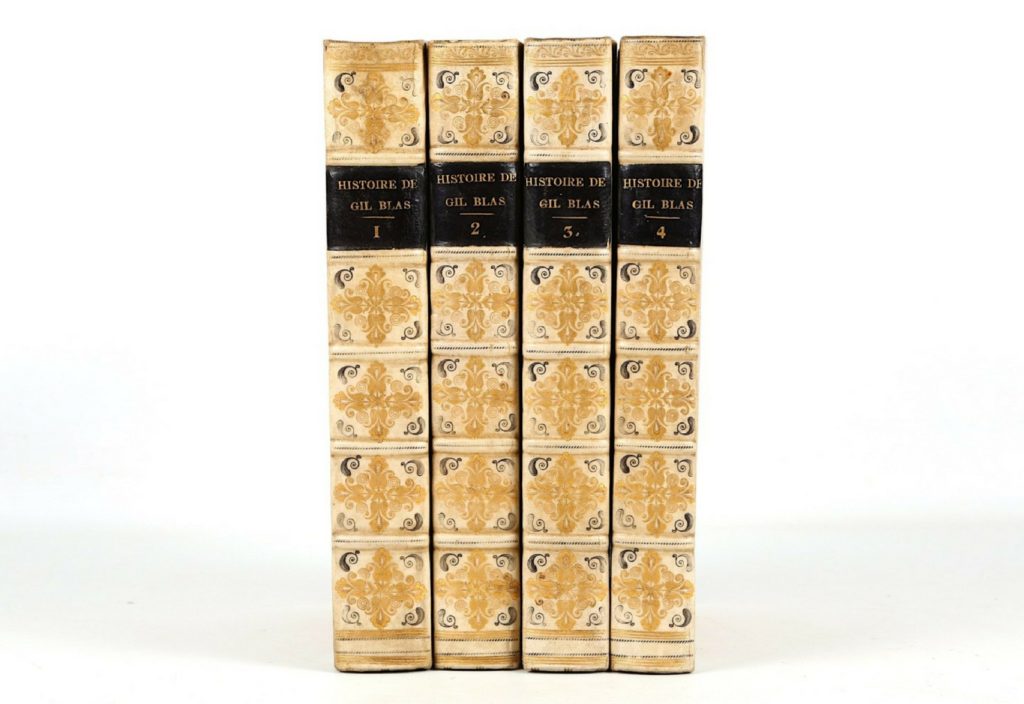 Ahead of the auction of Printed Books & Manuscripts on 31st January, Specialist Dr. Carmen Donia takes a closer look at the story of hand-crafted bound books through a selection of highlights offered in the sale.

Each book bound before the start of the 19th century is a unique work of art. During the 'hand-press' period that began in the 15th century and continued through to the 18th century, books were sold unbound in sheets. They would have either been sewn, with or without board attached, placed in bindings of limp parchment or simply put in paper wrappers.

'During this period, book collectors would have been expected to arrange the binding of the printed pages according to their taste.' - Dr. Carmen Donia

With this in mind, there is an impressive variety of early binding examples, ranging from plain leather, to boards and spines featuring elaborate patterns tooled in blind or gilt. 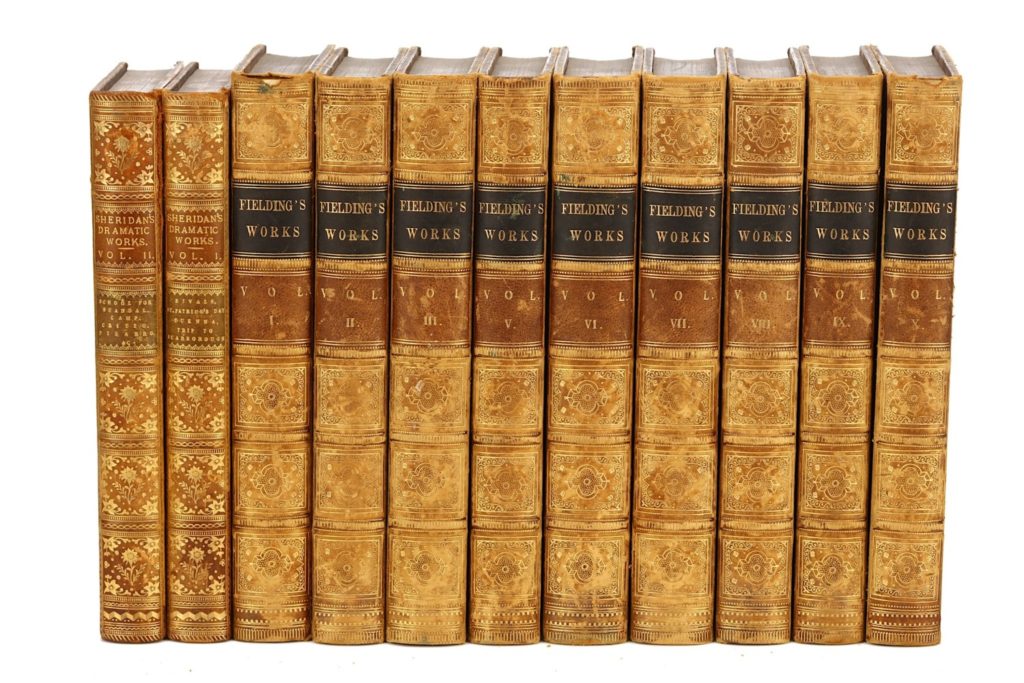 Composed of materials as diverse as straw, leather, wood, ivory or gemstones, decorated bindings, an example of which is illustrated above, formed only a small fraction of book production. Produced by skilful craftsmen, these bindings are collector's items and pieces of art in their own right. Decorated using a myriad of techniques, as diverse as the materials that they consisted of, the most common method employed was a type of engraving using hand-held tools. The tools, used cold, produced a design in blind and then when hot and using gold leaf, an impression in gold is created. An important illustration of this technique is seen in the the Genevan Book of Orders, A booke of the forme of common prayers, administration of the sacraments…, 8vo (Middleburg, Richard Schilders, 1602).

'Bindings can reveal the ownership of a particular book through a number of clues, such as inscription, shields and coats of arms and bookplates. Recording binding information is therefore fundamental as it gives us an indication of the provenance of the book, how it was used and circulated.' - Dr. Carmen Donia

Bound in elaborately blind stamped calf, in the style of the MacDurnan Gospels Binder, the Genevan service book (illustrated above) has gauffered edges and shows residual gilding. This level of production suggests that it is possibly an example of a 'presentation copy' intended for an eminent personality. [References: Nixon, “Elizabethan Gold-tooled Bindings,” Essays in honour of Victor Scholderer (Mainz 1970), census pp. 254-262; Miriam Foot, "Henry Davis Gift I", pp. 35-49].

The covers are double ruled, with an all-over design of acorns, cornucopias cornerpieces, leafy stems and arabesques and marked with initials CML and IWD in a shield. Presentation bindings were specially commissioned by the owner and often featured initials, monograms and a coat of arms, or had clasps to keep the book safely closed.

'Bindings were worthy of curiosity and admiration. They celebrated the creativity of bookbinders across the centuries and from different cultures. From 1665 -1700, binding decoration in Europe reached an apex of sophistication. Familiar objects such as flowers,  foliage and plants, or musical instruments, animals, fans and crowns, reappeared in tool designs over the centuries, but with different stylistic characteristics or interpretations.' - Dr. Carmen Donia 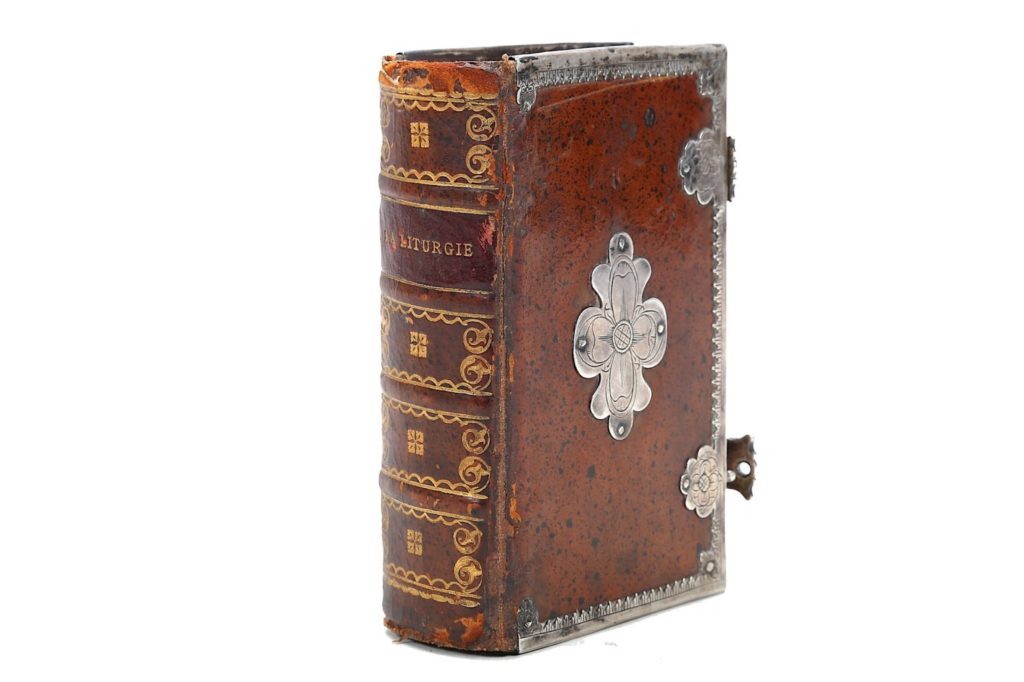 The Book of Common Prayer, illustrated above, is an example of metal binding: ornamented by a silver border and centre-pieces and mounted with silver clasps, one featuring the initials E.D.G. 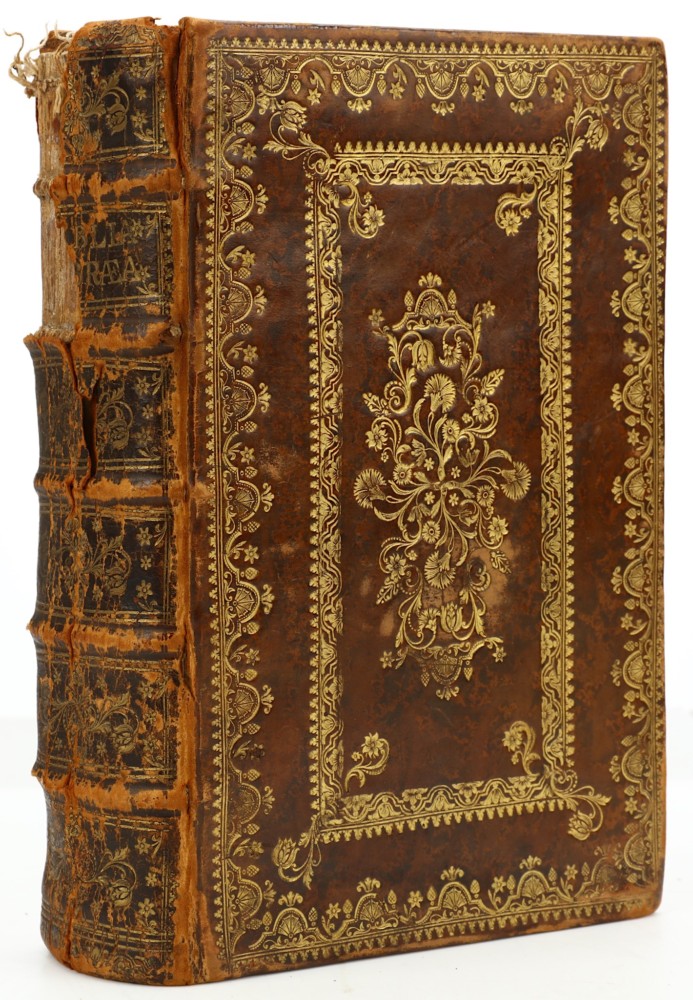 'This unique copy of the Hebrew bible, bound in marbled calf and decorated with gilt floral corner stems and interlacing floral designs on the inner panel and an outer gilt border incorporating acorn tools, is a noteworthy example of Dutch binding. It's importance clearly justified the refined and expensive decoration.'  - Dr. Carmen Donia

The text block for this edition of the book was produced in the workshop of Solomon Proops (1680-34), who was an important figure in Hebrew printing in Amsterdam during the 18th century. This was a period when European Jewish printing was flourishing in the city, largely due to religious freedom and freedom from censorship.

Founded in 1704, Proops produced largely liturgical books as well as a wider range of works in halakhah, aggadah, Kabbalah, ethics, and history. Proops also promoted the Haggadah, otherwise known as the traditional storytelling of the Exodus from Egypt. As illustrated, Proops's editions included the distinctive engraved title depicting Moses and Aaron, the giving of the Torah on Mount Sinai and the Temple in Jerusalem. The two heraldic figures often appeared together in Amsterdam editions, one holding the tablets and the other in priestly clothes. 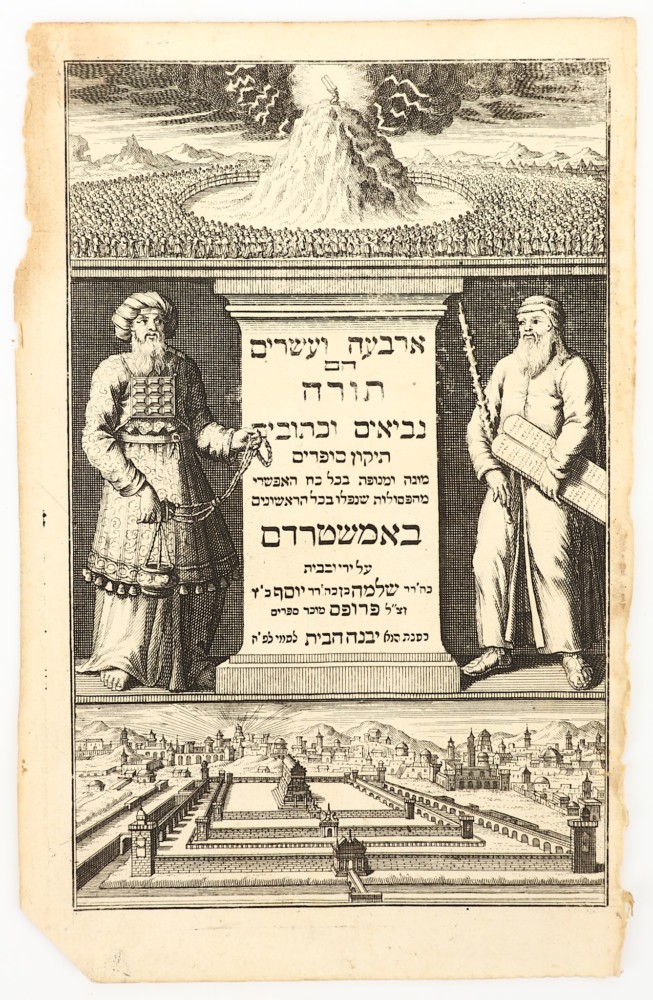 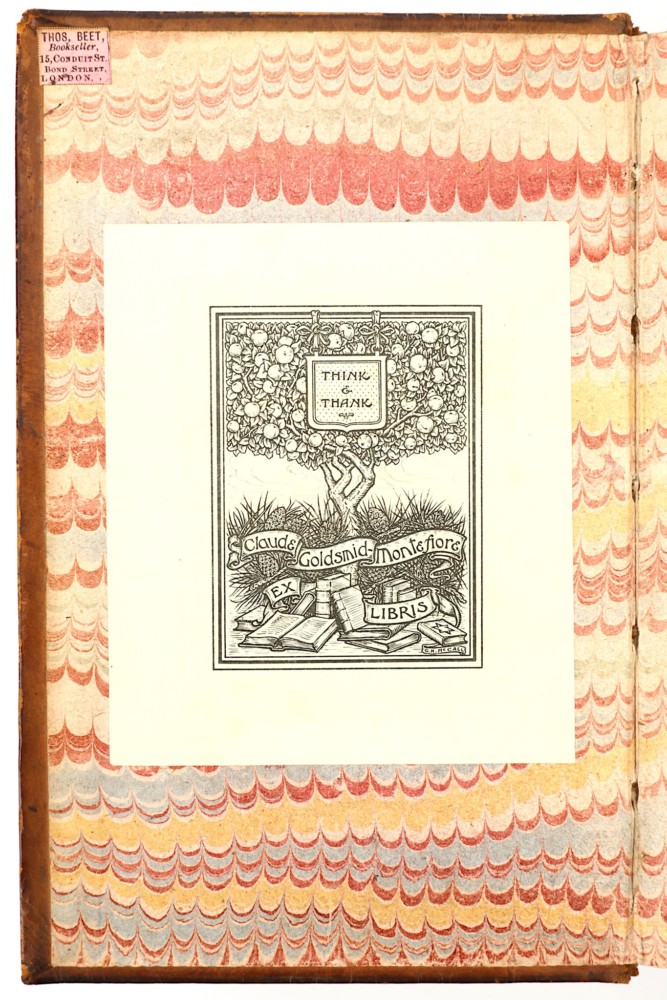 'In the early modern age, collectors would mark ownership of books with coats of arms, but this gradually developed into personalised bookplates, as shown in the  illustrated frontispiece shown on the far left. The provenance of the book is evident in the bookplate, which reads Claude Goldsmid Montefiore (1858 - 1938.) Montefiore founded the World Union for Progressive Judaism and was an influential anti-Zionist leader. ' - Dr. Carmen Donia