Ahead of the Designer Handbags and Fashion auction on 26 September, Head of Department Meg Randell shares her introductory guide to French fashion powerhouse Louis Vuitton, accompanied by a sneak preview into a selection of handbags offered in the forthcoming sale.

In the 1830's, Louis Vuitton, son of farmer Xavier Vuitton and his milliner wife, Corinne, launched his career as a trunk master, founding what was to become one of the world's most renowned luxury brands.

Born in 1821 in the hamlet of Anchay in eastern France, at the age of 13 Louis Vuitton left to find his fortune in Paris. Vuitton completed the 292 mile journey on foot, which took him two years and he carried out temporary jobs along the way to support himself. In Paris, Vuitton became a highly valued apprentice to box manufacturer Monsieur Maréchal. In his early thirties, Vuitton launched his own business producing a flat-topped trunk that proved forward thinking for its time. The sign outside the company read:

'Securely packs the most fragile objects. Specialising in packing fashions'

Unlike the curved lids characteristic of the time, Vuitton's innovative trunk could be stacked for ease of voyage on the train. Vuitton became the personal box manufacturer and packer to the wife of Napoleon Bonaparte, Eugenie, Empress of France and his task of beautifully packaging her clothes for transportation between the Tuileres Palace, the Château de Saint-Cloud and various seaside resorts exposed him to an elite clientele. Steadily Vuitton's signature trunks became highly coveted among the aristocracy.

As the business expanded across the globe, it grew to incorporate handbags, as well as clothing, shoes and jewellery. Iconic landmarks include the Keepall in 1930, the Noé in 1932, the Alma bag in 1934, Stephen Sprouse’s Graffiti bag in 2001, Takashi Murakami’s Monogram Mulitcolore of 2003, the Neverfull tote in 2007 and the Capucines in 2013. The Duke and Duchess of Windsor, Kim Kardashian, Alicia Vikander and Kate Moss are all devoted clients.

For more than 150 years, Louis Vuitton has been one of the most esteemed trunk-makers in the world. Indeed, best-selling pieces today include the Keepall travel bag and Pegase suitcase, which remain true to the brand's travel heritage.  Indeed, its remarkable collection of antique trunks remain on display in stores across the globe. Practicality has proven key to the brand's success - its functional designs and reliable materials are the admired hallmarks of a Louis Vuitton bag.

During the Franco-Prussian War, (1870-71,) Vuitton's workshop was looted and destroyed. Once the war ended he set up a new workshop in an aristocratic area of central Paris. In 1914, The Louis Vuitton building, the largest travel-goods store in world, was opened on the Champs-Élysées and counted Coco Chanel as a patron.

Marc Jacobs and the younger generation

'What I have in mind are things that are deluxe but that you can also throw into a bag and escape town with, because Louis Vuitton has a heritage in travel.' - Jacobs

In 1997, Marc Jacobs became the brand's creative director. Jacobs expanded the brand's offerings, founding its first ready-to-wear men's and women's collections and launching collaborations with renowned fashion designers and artists alike, including Stephen Sprouse and Yayoi Kusama. Jacobs remained loyal to the brand's heritage whilst rejuvenating it for the next generation.

Louis Vuitton has long been considered a must-have fashion collectable. Notably sought-after pieces include the Show Bags and The Exotics collection. The Show Bags are released twice a year from the runway collections and The Exotics collection, made from crocodile, alligator, ostrich and snakeskin, are rarely seen at auction. Aside from the fact that the production quota is stringent, these pieces are highly sought after because retailers only keep a limited number in stock and they are often kept discreetly behind hidden doors closed to all except their most elite clientele.

In 2012, Louis Vuitton was named the world's most valuable luxury brand for the seventh year in a row in a study conducted by Millward Brown Optimor. Valued at $25.9 billion, it beat both Hermes and Rolex who were second and third place.

Louis Vuitton is recognised for its grounbreaking collaborations with much loved artists, designers and architects such as Marc Newson, Frank Gehry, Cindy Sherman and Takashi Murakami. In 2013, the brand's menswear designer Kim Jones employed Jake and Dinos Chapman to develop what is now referred to as the Garden in Hell collection, known for its floral design featuring fantastical creatures. 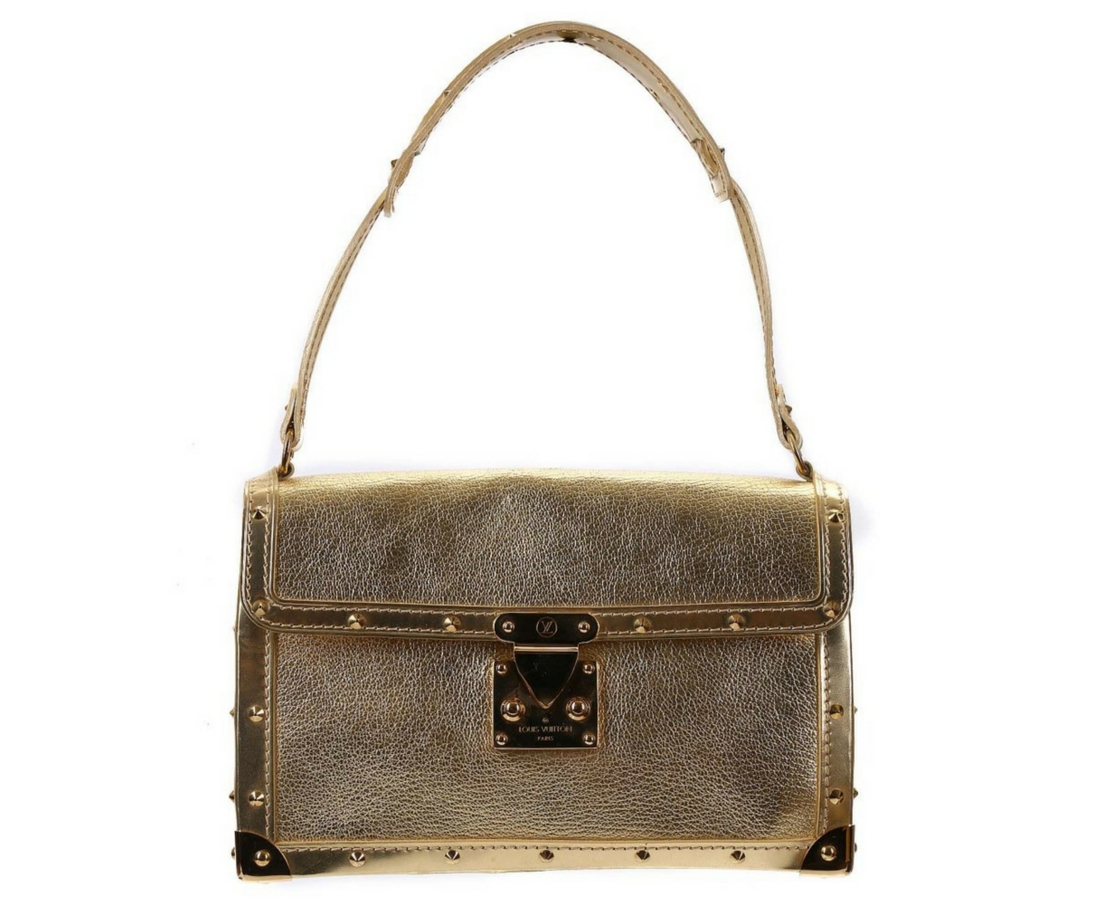