Collector’s Guide: 4 top tips on silver for the home 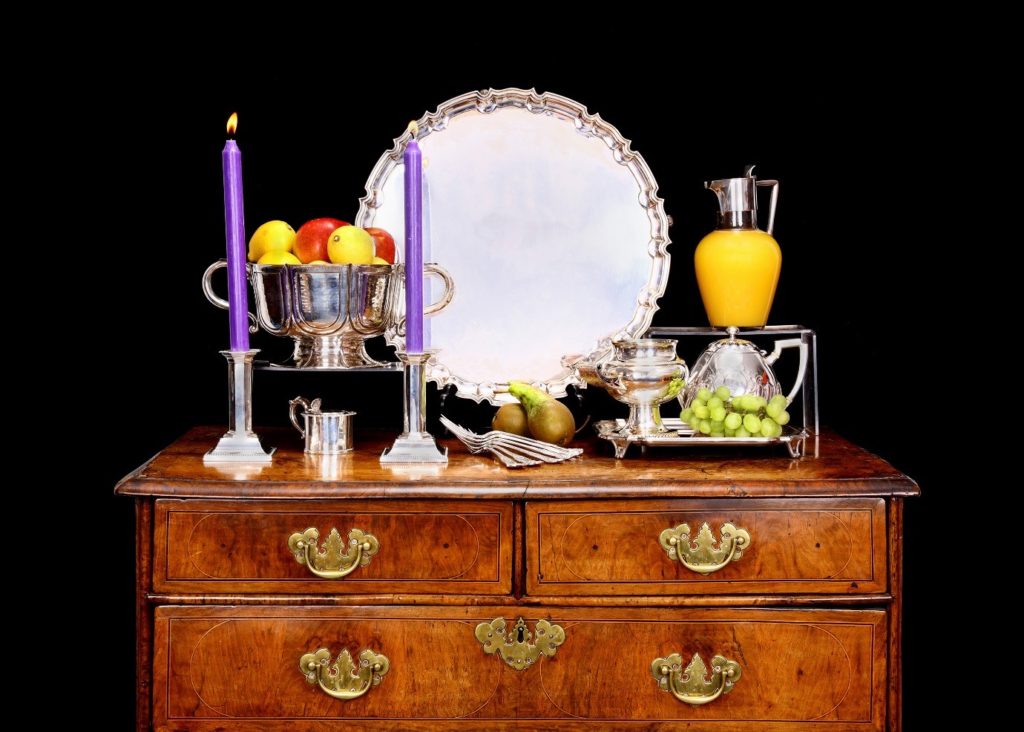 Ahead of the Silver and Objects of Vertu auction on 31 October, Head of Department John Rogers offers advice on sourcing statement pieces of silver for the home at auction.

Silver as an everyday object

Today, collectors use silver to stylishly mix and match traditional pieces with modern features or imitate the elaborate centrepieces and tureens seen in the 18th and 19th centuries.

'There are many pieces of silver that can be used and displayed, which also make a brilliant starting point for a collection. It is both a rewarding and practical collecting field.' - John Rogers

Candlesticks are versatile pieces and do not need to be confined to the dining table. Whether they adorn the mantelpiece or stand proudly on a sideboard, they remain the go to piece of silver for the home.

Candlesticks are available in a wide variety of styles and price points. They usually come in two different sizes, the 12-inch examples are most commonly found, as well as the smaller ‘dwarf’ examples at around 6 inches.

‘A Corinthian column or Neoclassical design are a good choice and a 10-inch mid-20th century Corinthian pair can be bought for as little as £340. A desirable Arts and Crafts style dwarf pair realised £380 last year at just 6 inches.’ – John Rogers

Centrepieces such as a fruit basket or tureen can elegantly accompany candlesticks on your table. Furthermore, salt cellars and mustard pots complete the look.

‘Look for candlesticks that have their original removable scones. These make cleaning much easier when they catch dripping wax.’ – John Rogers

The Art of Tea 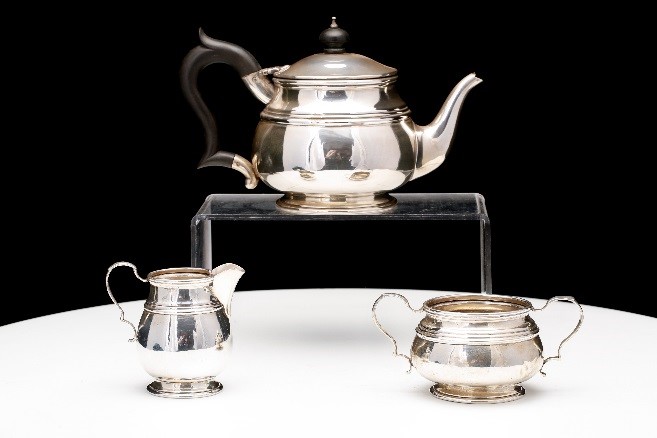 The traditional British tea party is not complete without the iconic Silver tea set. An early 19th century Georgian teapot recently sold at Chiswick Auctions for £260.

'If a three or four-piece tea and coffee service is more appealing, then early 20th century examples are a sensible option. Simple three-piece sets can be bought for as little as £200, with an Art Deco angular four-piece example for closer to £500.' - John Rogers

The drinks cabinet has long been a central and fashionable part of the home. Perhaps the most frequently encountered and usable piece is the salver for serving drinks - a circular tray on feet.

'Search for salver or waiter at auction, rather than platter as these terms are more commonly used. A tray is often rectangular and nearly always has two handles. Georgian and Victorian examples with crests and initials are particularly desirable.' - John Rogers