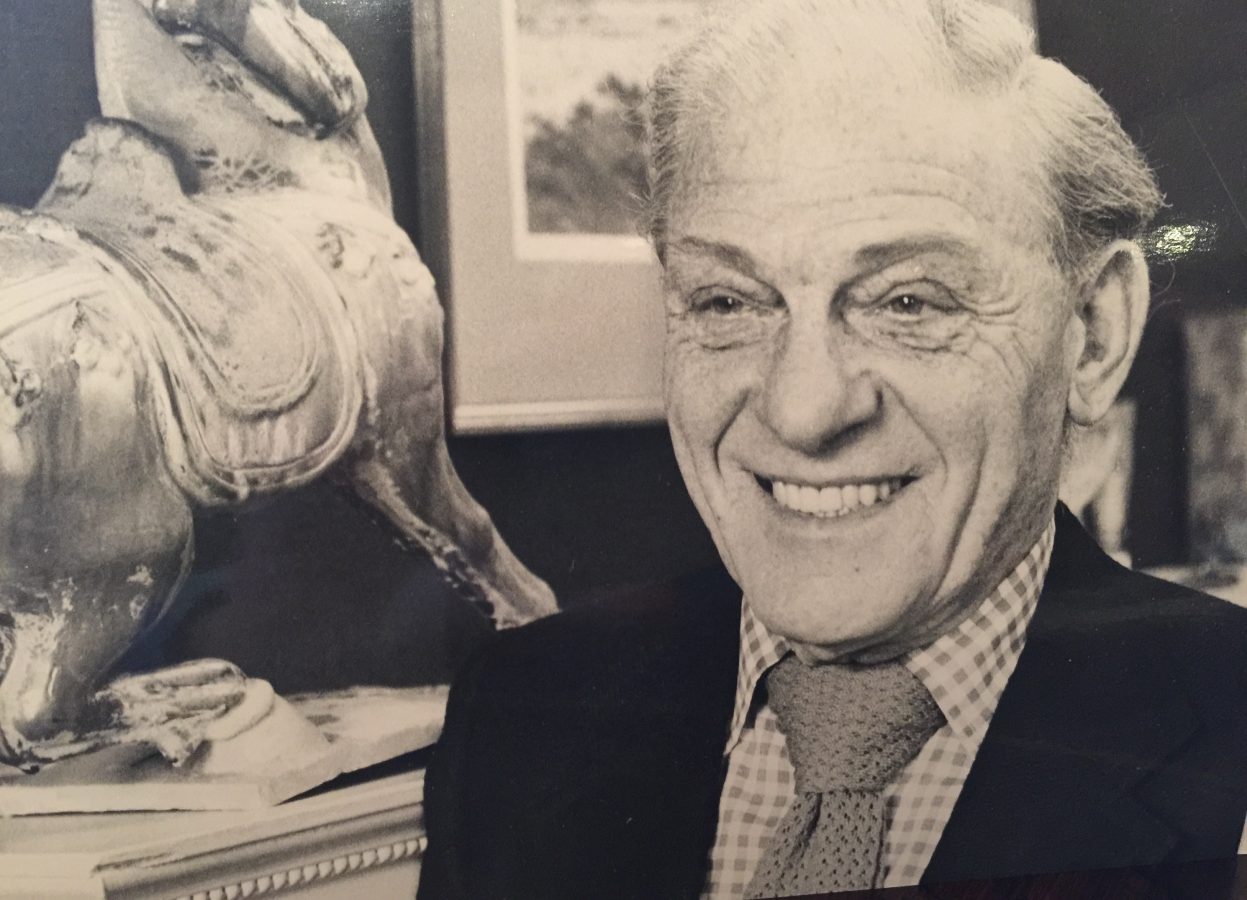 The first one hundred and twenty-one lots (1-120) from Chiswick Auctions' ASIAN ART sale of 14 November 2016 are from the collection of Bernard Buckman (1910 – 1991). He was a central figure in shaping economic relations with China and the West in the second half of the 20th Century. Following the Moscow Economic Summit of 1953, Buckman traveled to Beijing on an icebreaker mission in June and July of that year. As one of three mission leaders representing sixteen companies, he helped to negotiate £15 million of trade deals with China, representing a significant breakthrough in Anglo-Sino trade that had previously been non-existent since the founding of the PRC in 1949.

Buckman was Chairman of a British Group of Companies trading in metal, minerals, chemicals, machinery and light industrial products which formed part of the ground-breaking ‘48 Group’ of British companies allowed to trade with China. In 1972 he set up his own company, Wogen Resources. A silver salver inscribed to him from the company in 1986 is presented as lot 106. Travelling to China more than fifty times in his lifetime, once a year since 1953 and twice a year since 1967, Buckman gained a privileged view of China and access to its leaders at the highest levels. In 1979 he travelled to China as the personal guest of Vice Premier Wang Zhen (1903 – 1993).

His love of China’s culture, past and present, led him to build his collection of Chinese art and indeed the collection ranges from pottery sculptures dating from the Han Dynasty (lot 109) and jades of the Ming Dynasty (lots 44-45), to works created within his own lifetime including a masterpiece by the doyenne of 20th Century Chinese ink painting, Qi Baishi (1864 – 1957) (lot 84) as well as fine porcelain from Jindezhen dated 1955 (lot 101). The highly personal collection, built up at a time when few Westerners had access to China, is testament to a lifetime commitment to China and its people and ranges in its content from scholar’s objects to snuff bottles, ivories, jades and hardstones.

Clearly for Buckman the relationship between his business and artistic interests were symbiotic. Notes for a lecture given by Buckman in 1983 (included within lot 102) demonstrate his strong belief in the cultural achievements of China past and present, and a prescient belief in the potential of the country’s bright economic future, beliefs strongly at odds with the anti-Chinese rhetoric of the Western media prevalent at the time. Aside from his business interests, Buckman was a Governor of the School of Oriental and African Studies, and a scholarship in his name was created posthumously in his honour.

During his lifetime he was acquainted with many important Chinese cultural figures. A piece of calligraphy offered in the sale (lot 88), was inscribed and presented to Buckman to mark the passing of his eightieth year by the members of the Chinese Imperial family, Pu Zuo (1918 – 2001). Whilst the collection is diverse in terms of dates and materials it clearly follows a coherent vision of its creator. One key theme which draws together this diverse collection is Buckman’s interest in the miniature.