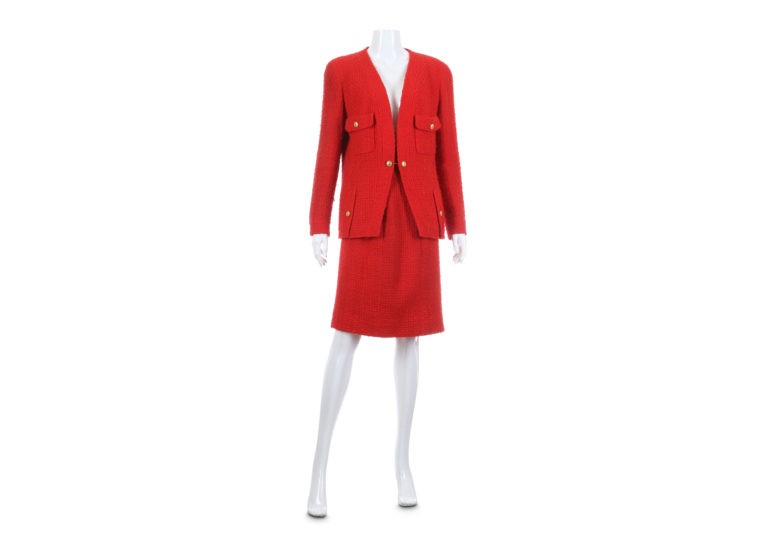 This red tweed jacket and skirt from the 1980s shows the longevity of Chanel’s designs. Realised including premium £575, February 2019

Chanel, herself,  was almost always dressed in one of her jackets, and usually paired with a matching skirt. According to Chanel ‘nothing is more beautiful than freedom of the body’, and these practical jackets really embody that belief. Beautifully cut, with enough space for full movement of the arms, silk lined and weighted with a delicate chain at the hem to ensure it always sits right, the Chanel jacket is worlds away from the corseted dresses popular in the first part of the 20th century.

The jacket was designed at a very particular time in Chanel’s life, whilst she was enjoying a decade-long affair with the Duke of Westminster, one of the UK’s wealthiest men. Chanel would regularly join the Duke, or ‘Bendor’ as he was affectionately known, at his Scottish castle, for his famous shooting parties. Common for the time, women did not participate in the hunt but Chanel joined right in. Winston Churchill was also a regular guest of Bendor’s and wrote to his wife in 1927 that: ‘Coco… fishes from morn til night, and in 2 months has killed 50 salmon. She is vy agreeable- really a gt & strong being fit to rule a man or an Empire [sic]’.

In order to hunt with ease, Chanel adapted Bendor’s hunting tweeds into elegant feminine shapes. She also commissioned new tweeds from a Scottish factory, cut with silk to make the fabric more fluid and elegant. 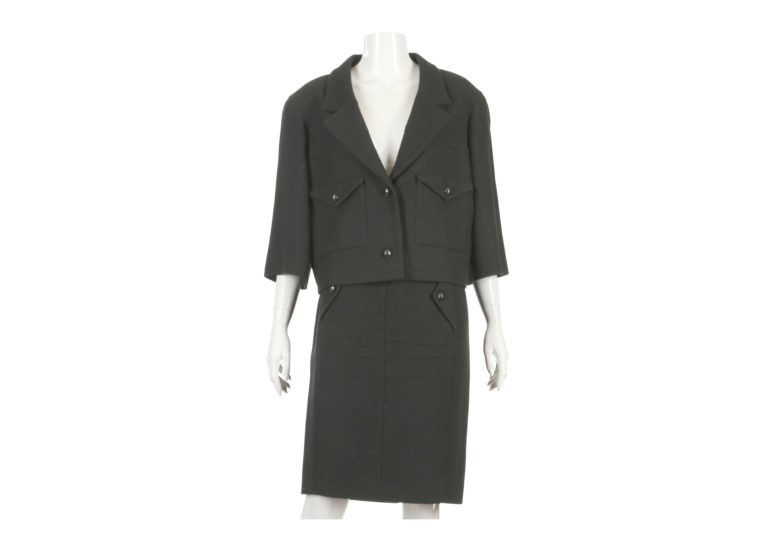 The jacket and skirt look was popular with many Parisian women in the 20s and 30s but it was when Chanel made her post-war comeback in 1954, that the American market really picked up on the ‘look’. Jackie Kennedy was one of Chanel’s biggest American clients, however in order to appear patriotic, the First Lady was advised to only patronise clothes by American designers. In order to circumnavigate this Chanel sent patterns and materials to New York to be made up by American seamstresses for Kennedy.

The First Lady was wearing her favourite pink Chanel suit the day of her husband’s assassination in 1963. The jacket became part of cultural history when Jackie refused to take the blood stained outfit off until the next day, stating she wanted the attacker to ‘see what they had done to Jack’. The jacket has been kept in the National Archives ever since. 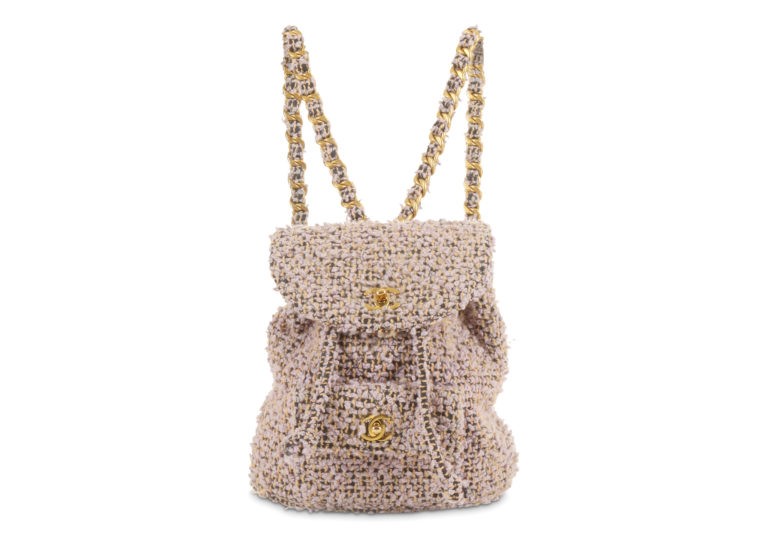 Tweed now features in Chanel’s bags including this backpack. Realised £3,250 including premium, February 2019