Cases of practicality - the ladies' etui in the 18th century

Ahead of the Silver and Objects of Vertu auction on 19 July, Head of Department John Rogers delves into the history of the ladies etui. 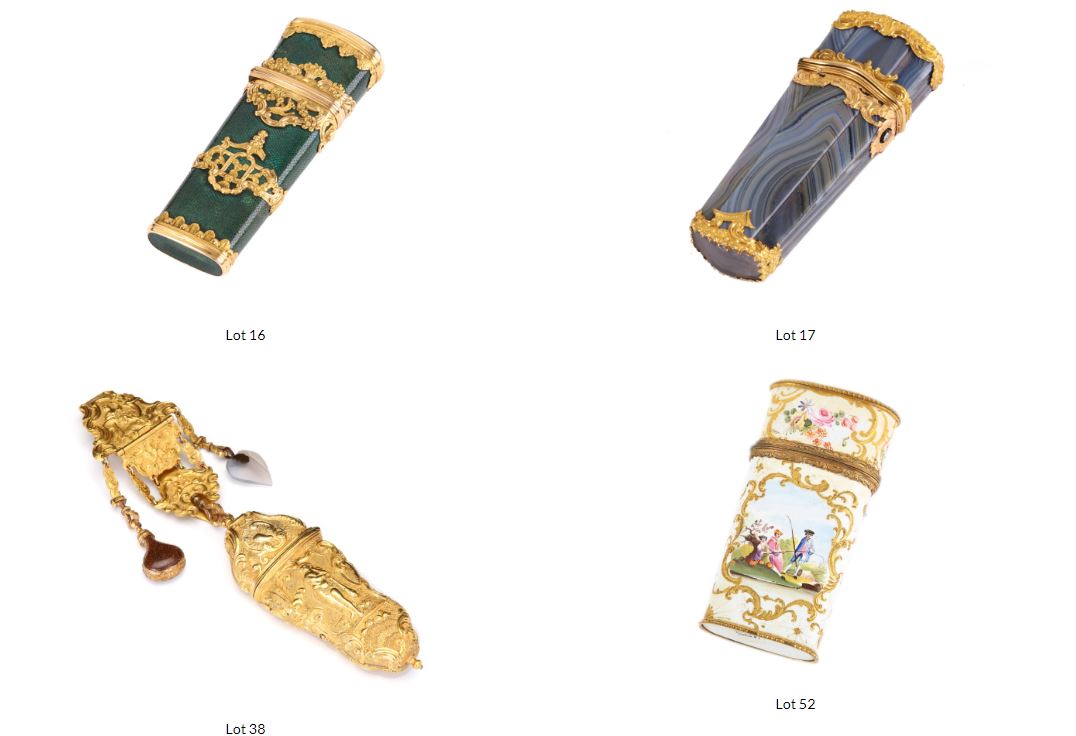 A well-born lady in the 18th century would never have been without her pocket-sized assistant – the etui. These palm-sized cases were made in a variety of materials and were used to contain a selection of essential tools for attending to aspects of domestic life such as scissors, pencils and snuff spoons.

The bodkin in particular has proved itself a subject of interest for academics. Initially, in the 17th century the bodkin was a large and ornately engraved multi-purpose tool. By the mid-18th century, however, it had diminished in size as it became an important instrument in a lady’s toilette and was kept along with other items in the etui.

Academic scholarship has also suggested a relationship between personal hygiene and the use of the bodkin due to the presence of a small cup-like terminal known as an ‘ear-wax scoop’. Whilst there are no contemporary references to it being used in this way, wax was employed to refine the ends of coarser threads found at the time. To thin the thread, candle-wax was more likely used and could have been collected using a bodkin’s scoop terminal. This potential double-use is a perfect example of the multi-purpose implements that marked daily domestic life in centuries past.

The mid-19th century saw the etui superseded by the necessaire; a case reserved for needlework tools only. Four etuis are offered in the sale; three of which are made of enamel, gilt copper and shagreen respectively. The fourth, Lot 17, is a particularly fine example being made from gold mounted blue agate and would have been an object of immense luxury at the time.