Modern taxidermy and the everyday collector

Our ‘From the Curious to the Extraordinary’ sale on 21 January celebrates the Wunderkammer of the past. But modern times have seen a revival of eclectic collecting and artistic practices behind many of the objects in cabinets of curiosity. Here, Isabelle Grande reflects on the cabinet of the 21st century:

Many would suppose that cabinets of curiosity are a thing of the past. These pre-museum 16th and 17th-century collections were used to showcase knowledge, distant travels and elite status. However, cabinets of curiosity have adapted to the modern day and are widely accessible in both online and offline versions.

The Ashmolean Museum in Oxford comprises a large and impressive collection of natural history and archaeology founded on an original cabinet of curiosity. Elias Ashmole (1617-1692), was a great antiquarian among other professions, and chose to gift his collection of wonderful things to the University of Oxford in 1677, which in turn, built the Ashmolean museum to house the collection. The somewhat nefarious way in which Ashmole acquired part of his collection - Tradescant's Ark - was described in our first blog on the history of cabinets of curiosity.

The Viktor Wynd Museum of Curiosities, Fine Art & Natural History located in Hackney is unique to London because Viktor himself is the grandson of the biographer Patrick O'Brian who wrote for one of the greatest 18th century collectors, Joseph Banks. Wynd says he has always had a passion for the supernatural and out of the ordinary objects, and his museum celebrates and reflects this. Wynd also discloses that his cabinets of curiosity are a constant distraction from the bleakness that is everyday life. Viktor has picked some of his favourite objects from our sale, which he will highlight in a third blog of this series. 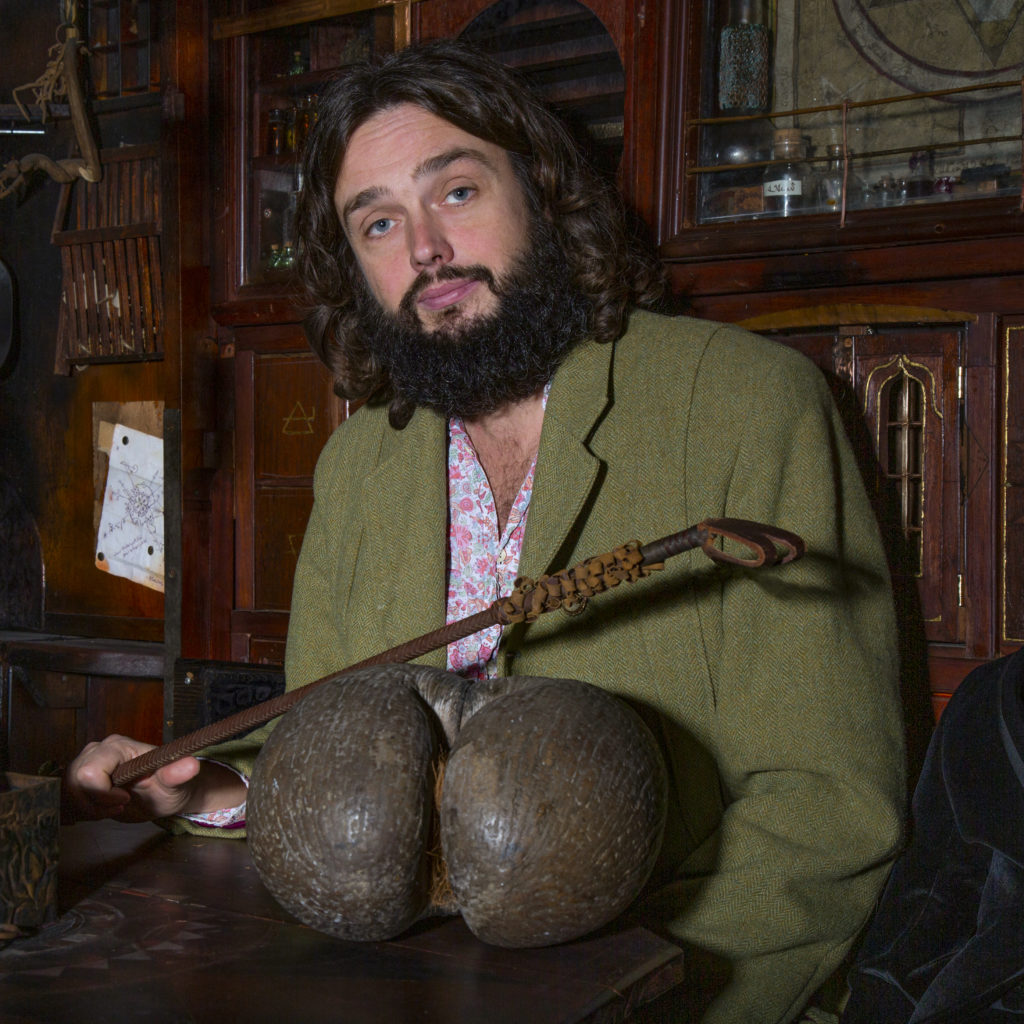 Wynd idolizes expert collector Pitt Rivers who founded the Pitt Rivers Museum in Oxford which houses one of the largest ethnological collections in the world. Augustus Henry Lane-Fox Pitt Rivers (1827 - 1900) amassed a collection of 22,000 objects during his career as an army officer. He was fascinated by the evolution of human invention and gifted his collection to Oxford University on the understanding that they housed it in a special museum. The museum was founded in 1884, and now houses more than 500,000 objects, arranged like a huge cabinet of curiosity, into a 'democracy of things' to illustrate parallels across cultures, geographies and time, and to promote a different understanding of the world and how we have evolved within it.

Wynd does not stand alone when considering modern taxidermists. Harriet Horton is a taxidermy artist with a unique flare. Her taxidermied works combined with the use of neon lighting gives this ancient form of collecting an ultra-modern view. Horton’s work can be seen in our sale (Lots 93, 94 and 95) and at Sarabande: The Lee Alexander McQueen Foundation in East London where Horton has her residency. Horton is shedding light (quite literally) on taxidermy, shying away from its dark and gothic stereotype. 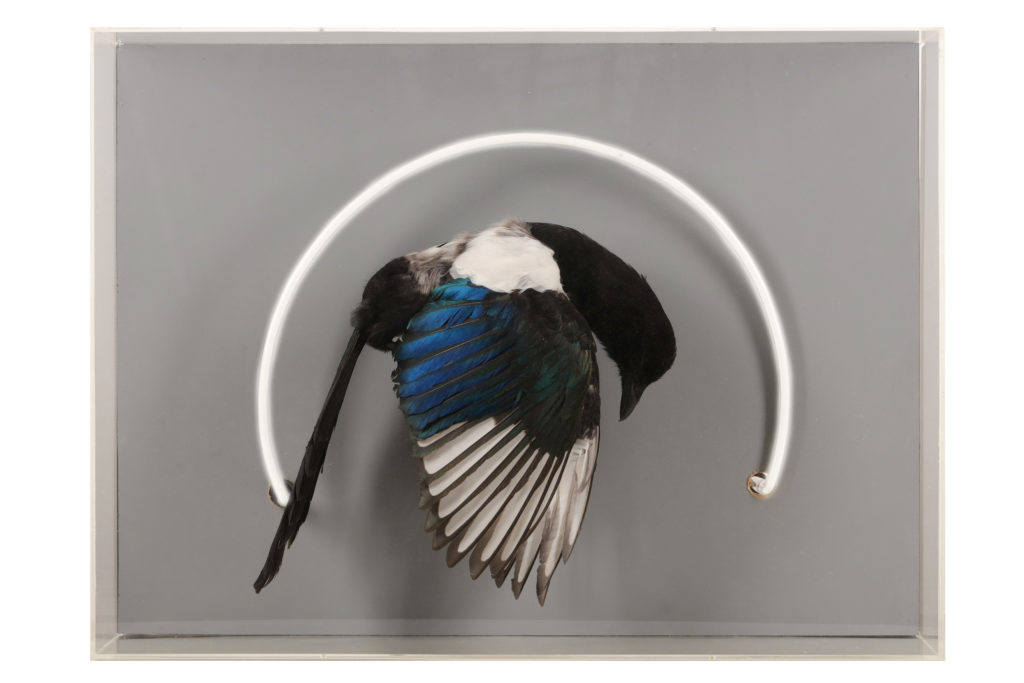 Kate Clark is another name that comes to the forefront when considering modern taxidermy. Her work challenges traditional taxidermied objects as human faces are featured on bodies of wild animals. In this way, Clark feels it gives taxidermy, a concept of the past, a further human and more modern connection. 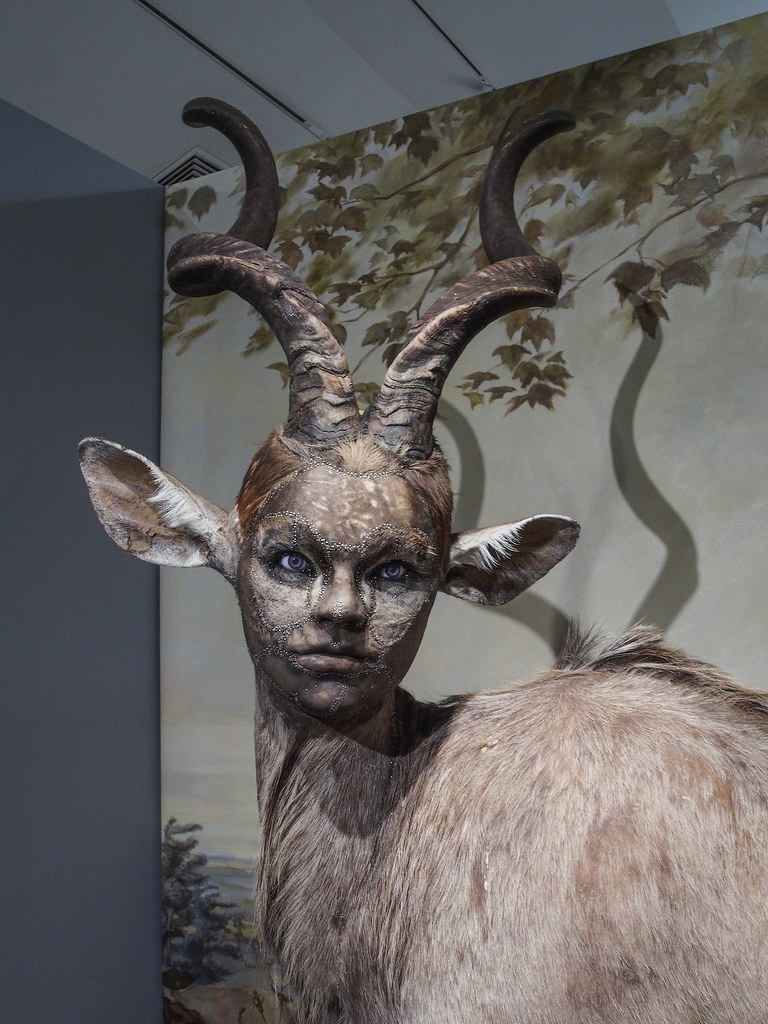 Today’s society still practices cabinet creation, but the way items are obtained has shifted drastically. Pinterest, mood boards and memory books are all forms of collecting ideas or visions in the modern era. Online mediums such a Pinterest and even the “Save post” feature on Instagram allow social media users to store images or inspiration that speaks to them. Popular Pinterest boards or categories include Home Decor, Art, Fashion, Food & Drink and Travel. On the contrary, some of today's collectors prefer a more tactile approach. Seashells along the shore, patches for your denim jacket, postcards from travels abroad or vintage wines to fill your cellar: being a “collector” is democratic and open to all! Collecting has no rules or boundaries, it's simply what sparks interest in the individual who collects.

The modern collector’s interest spikes when they know a one-of-a-kind work is available to obtain. Today's clients desire a beautiful piece as well as something that starts a conversation or is a talking point. Patterns in shopping and consumerism are changing. The market for vintage, antique and thrifted items have become on trend in society. Interior decorators, designers, and the savvy homeowner consider furniture and works of art that do not come from a retail shop. One-of-a-kind pieces make the buyer feel special in knowing that there is nothing else like it on the market.

This is exactly what we feel we have accomplished in our ‘From the Curious to the Extraordinary Sale’.  If you are looking to acquire something of the spirit of the Wunderkammer of the past, take a look at our online catalogue and come to our Chiswick Headquarters for a full view of the sale on Saturday 18 – Tuesday 21 January 2020:

From the Curious to the Extraordinary: Catalogue online

For more information on the auction please contact Head of Sale, Rachael Osborn-Howard.