Boys at Play: a Hardstone-Inlaid Table Screen from the 18th Century

The present screen falls under the umbrella of the decorative technique known as bai bao qian, or ‘a hundred treasures’ inlay which aside from table screens can also be found most commonly in boxes and brush pots. A number of pieces survive in the Imperial collection and several of these are illustrated in Bamboo, Wood, Ivory and Rhinoceros Horn Carvings in the Collection of the Palace Museum: Classics of the Forbidden City, 2002, pls 219 – 248. Such works incorporate an impressive range of materials including mother-of-pearl, soapstone, malachite, steatite, lacquer and gilt bronze, and it is testament to the skill and dexterity of their creators that such a diverse range of materials were used within a single workshop.

The floral decoration on one side of the screen closely resembles work on two pieces from the Imperial collection, (illustrated on p 119 and p 139, ibid). The three boys depicted on the reverse side, one flying a kite, another holding a rattle, with a third boy looking on, follow the popular theme of depicting boys at play in the Ming and Qing Dynasties and represent the wish for many sons. The boy flying a kite can also be read as a wish for a ‘rise in rank’ and a successful career.

The skilled composition of the scene undoubtedly derives from painting. Scholars from the Palace Museum have argued that the motifs of children at play on some Qianlong enamelled porcelains are based on paintings of the famous court painter Jin Tingbiao of the same period (The Complete Collection of Treasures of the Palace Museum: Porcelains with Cloisonné Enamel Decoration and Famille Rose Decoration, 1999, pl. 27). Indeed, the blocking out of childrens’ clothes in primary colours typical within his work seems well suited to being transposed into work in bai bao qian. Two decorated screens are illustrated in Gunhild, Ostasiatische Lackkunst, 1978, cat no 89 and 91. 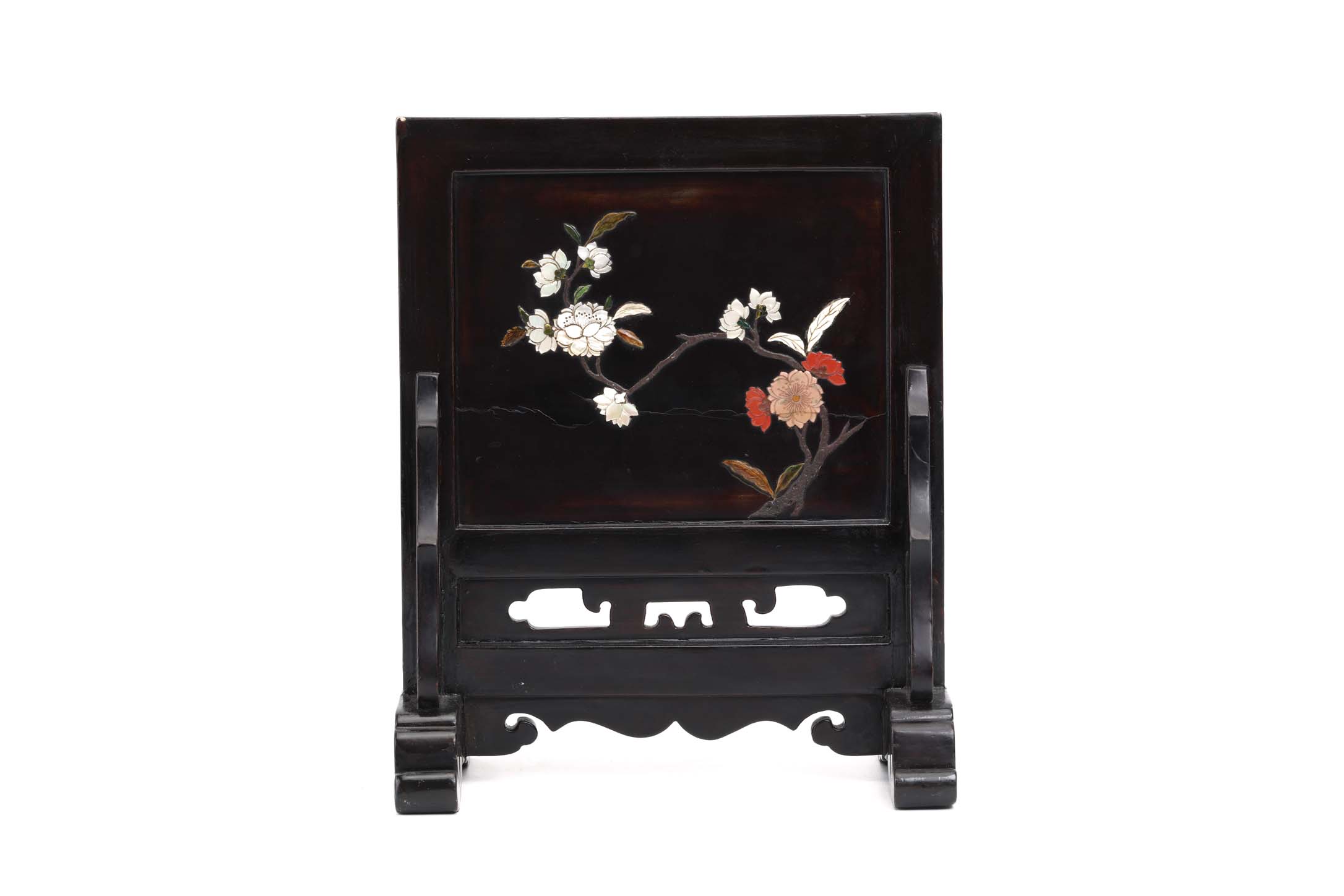 Lots 163, illustrated above, will be offered in ASIAN ART, Monday 14 November 2016 by Chiswick Auctions.