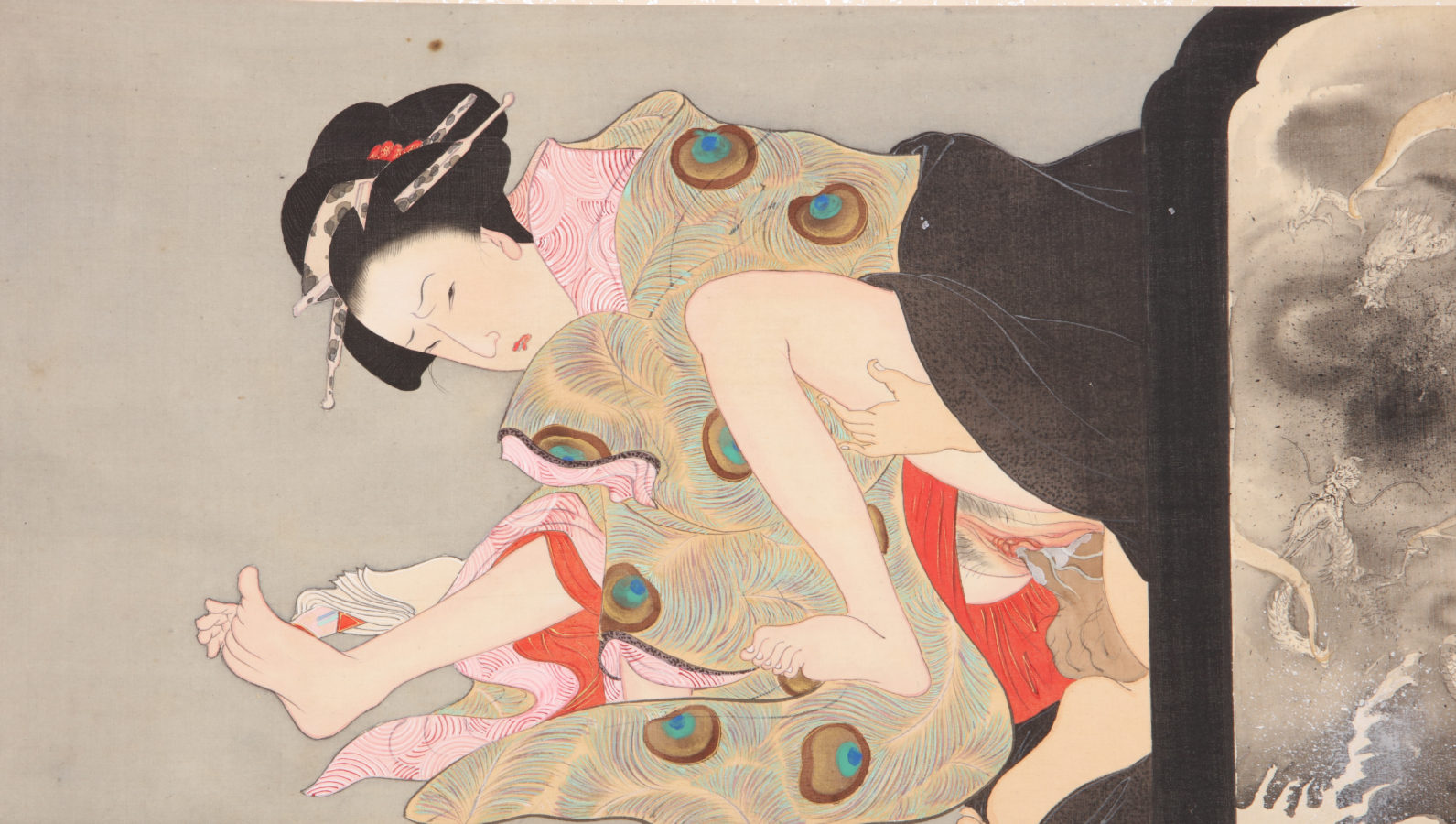 An album of shunga paintings, lot 52 in Chiswick Auctions' forthcoming ASIAN ART sale of 28th February 2017, well exemplifies the explicit and often controversial genre of Japanese ‘shunga’ paintings. Their controversial and sexually explicit subject-matter has seen the art-form subjected to heavy censorship in Japan. The first major Japanese public exhibition of Shunga was held as late as 2015 at Tokyo's Eisei-Bunko Museum after several other institutions had reportedly declined the offer by the British Museum to display their critically acclaimed exhibition, ‘Sex and Pleasure’.

One rather conspicuous characteristic of shunga is the exaggeration of genitalia and warping of human forms; a style that nearly all artists collectively followed. Paintings were initially reserved for the collections of aristocrats or wealthy merchants until the development of a sophisticated technique of colour woodblock printing in the 18th century.

This medium rendered shunga more accessible and demand for it grew as emerging novelists began to compose corresponding narratives. With the opening up of Japan to the West in the Meiji period, shunga was considered taboo and the government banned the publication of ‘inappropriate’ books and images. The production and sale of shunga, however, continued underground until the early 20th century.

Lots 52, illustrated above, will be offered in ASIAN ART, Tuesday 28 February 2017 by Chiswick Auctions.