Inspired by Darwin's Theory of Evolution 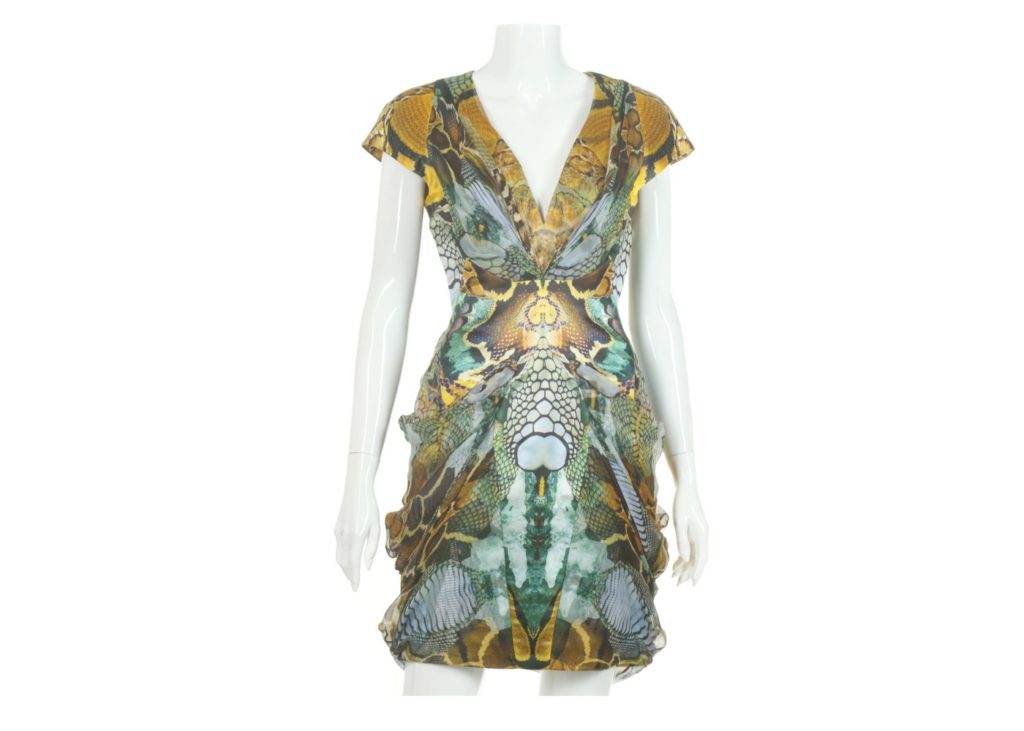 Synonymous with rebellion, creativity and innovation, Alexander McQueen started his career at Gieves and Hawkes, Saville Row, where he learnt the essential tailoring skills that would be at the heart of all his work. In 1991, Isabella Blow, a significant fashion supporter, would buy McQueen's degree show collection and their friendship would define his career. By 1996, at just 27 years old, McQueen was appointed to the House of Givenchy in Paris.

Renowned for redefining beauty in the fashion world, McQueen made the grotesque beautiful. The designer's dark imagination produced unique designs such as Highland Rape and Jack the Ripper Stalks His Victims. McQueen is appreciated for pushing the boundaries and forcing us to shift our perspective; 490,000 people visited the 2015 'Savage Beauty' exhibition at the V&A, make it the most successful in its history.

As an innovator of catwalk theatre, McQueen's shows were renowned for provoking a strong reaction in the audience. Voss, the designer's catwalk show for S/S 2001, was inspired by insanity. Set inside a padded cell, with the models unable to see the audience, the show ended with the central glass box shattering to expose a masked naked figure posed on a chaise longue that forced onlookers to confront different forms of beauty. An example of McQueen’s ingenious juxtaposition between life and death is Lot 65 in the forthcoming auction of Designer Handbags & Fashion taking place on the 19th of September. The dress formed part of Plato’s Atlantis, McQueen's final collection before his death in February 2010 and was considered by many to be his finest.

Showcasing a dynamic interplay between fashion and technology, Plato’s Atlantis was live-streamed on influential photographer Nick Knight's SHOWstudio.com, interspersed with video footage. However, 30 minutes before the show Lady Gaga tweeted that McQueen was about to premier her new single, Bad Romance, which subsequently crashed the site.

Prints inspired by the scales of marine creatures were then digitally manipulated to explore the idea of nature evolving from land to sea; an apocalyptic vision of a future world in which sea levels rise and humanity is forced to regress underwater. Countering Darwin's theory of evolution that charts the development of life from sea to land, McQueen's collection illustrates the reverse. This was visually manifested in the designs, which charted the progression to life under sea through the models' changing features connoting biological adaptation.