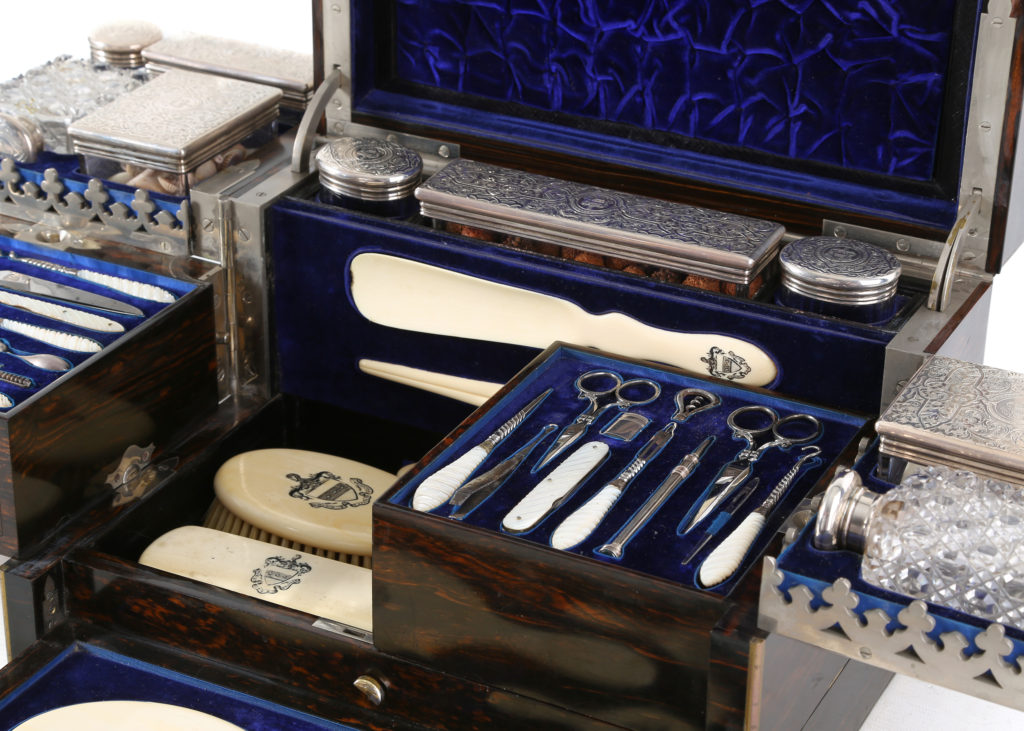 Ahead of the Silver & Objects of Vertu auction on 31 October, Head of Department John Rogers delves into the story of Victorian Vanity Cases through an antique silver and ivory fitted travelling case by George Betjemann & Sons offered in the sale. Betjemann and Sons were a leading manufacturer of these cases during this period.  With access to original letters and photographs, he provides a fascinating insight into its provenance, as well as a glimpse into the life of its original owner Mrs Clara Gardiner Muir.

In the late 18th century, dressing cases were designed to accompany gentlemen when they were on the move. Considering travel was only undertaken by the elite, they were a luxury item and visually illustrated their patrons’ wealthy and high position in society. Gentleman’s dressing cases would contain bottles and jars for colognes, aftershaves and creams as well as must have shaving and manicure tools. By the early Victorian era, there was increasing demand for Ladies dressing cases. Often housed in coromandel cases, they provided all the necessary grooming products needed for a lady when attending to her appearance. As the demand for gentleman’s boxes declined, the dressing case became referred to as the ‘vanity’ box, specially tailored to women. They acted as much as status symbols as travel companions. Furthermore, the exterior of the boxes were often decorated with different types of luxurious wood and they soon became works of art in their own right.

The vanity case featured in the forthcoming auction, shown above, belonged to Mrs Clara Gardiner Muir (d.1952) of Postlip Hall, Cheltenham, possibly gifted to her by her mother. The case comprises of an assortment of needlework and grooming items with mother of pearl handles all in fitted blue velvet trays. The central compartment contains ivory brushes, mirrors, a button hook and glove stretchers that are all inscribed with the motto, crest and coat of arms of the Muir family. The silver topped jars and scent bottles are also engraved with the same motto, crest and coat of arms. 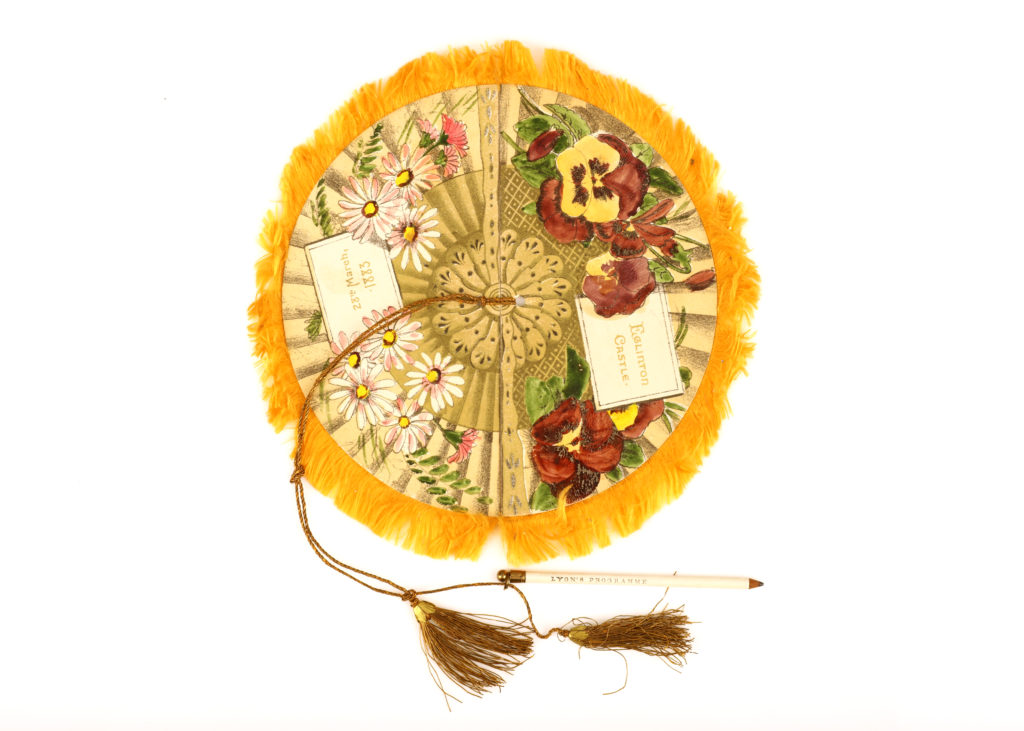 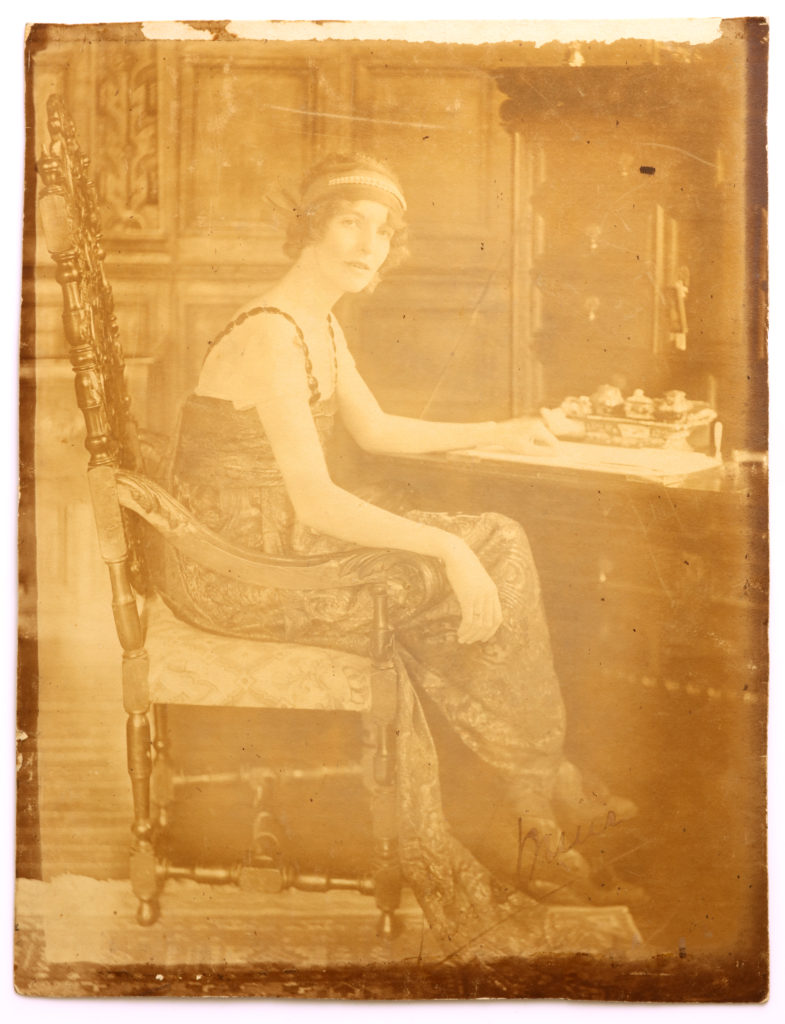 Within the case are also an array of documents, including Christmas cards, a photograph of Mrs Clara Gardiner Muir, shown above, and dance cards. One, illustrated above, dates from 28th March 1883 at Eglinton Castle and on the reverse is a dance schedule, listed parallel with the intended partner for each dance. It is likely that this belonged to either Clara's mother or aunt. In addition, there are a couple of letters, transcribed below. The first is written by Clara to a man she addresses as Gardie and in this letter she also refers to her sister Agnes.

I hate the idea of going home so am not going to be in a hurry and you needn’d expect me till you see me. I roared with laughter yesterday when Agnes told me of your shaving pot and your coffee pots, are you going to set up a shop with your purchases for certainly you’ll never use them all? I don’t envy your young women if she has got to look at everything in such an establishment. Is there any money in the bank for me, if not when will there be some? Do let me know for I’m reduced to a borrowed 2/ bill & all afraid it won’t last me very long. Is Jessie -?- to be in town this month. Agnes said something or other about if I should like to see her, it will be just as well to put the poor child up to a few of your little peculiarities before she marries you, she will then know better how to deal with them. London is miserably cold and wet, mother's in bed today not very well, I think she overdid herself in Paris, we rushed about with our noses pressed against the shop windows from early morning till late at night. I go to Taplow with Agnes tomorrow night so write me there about money. We’re expecting a cartel of servants to call for -?- this morning. I do hope to goodness -?- may suit 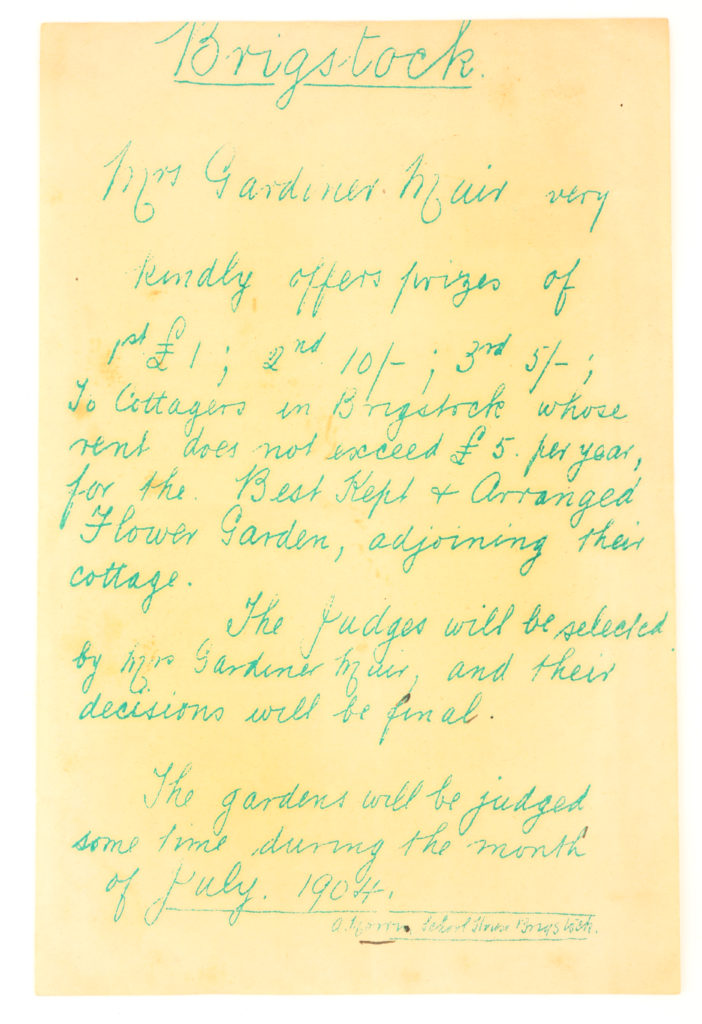 Mrs Gardiner Muir’s very kindly offers prizes of 1st £1; 2nd 10/- ; 3rd 5/-; to cottagers in Brigstock whose rent does not exceed £5 per year for the best Kept + Arranged Flower Gardens, adjoining their cottage

The judges will be selected by Mrs Gardiner Muir, and their decisions will be final.

Entries are currently invited, contact silver@chiswickauctions.co.uk with images for a complimentary valuation before 18 September.