Deriving from the Latin amuletum; the phrase amulet was first used in Pliny's Natural History and translates 'an object that protects a person from trouble.' Differing from talismans, which are believed to bring luck, Amulets are believed to have the power to protect their owners from harm. Traditionally a small object that a person wears, carries, or offers to a deity as a form of protection, Amulets in ancient Egypt might have been carried or used in necklaces, bracelets or rings and in particular were placed within mummy's bandages to ensure the deceased a secure and healthy afterlife.

In ancient Egypt, symbols and deities largely granted the powers they represented. Small models of recognisable objects, such as headrests or arms and legs, were made to make sure these were available to the owner or that particular needs could be addressed. The magical source of an amulet could be understood from a range of factors including its shape, material, colour and words spoken or materials rubbed over the amulet. All these could be the source for magic granting the possessor's wish. 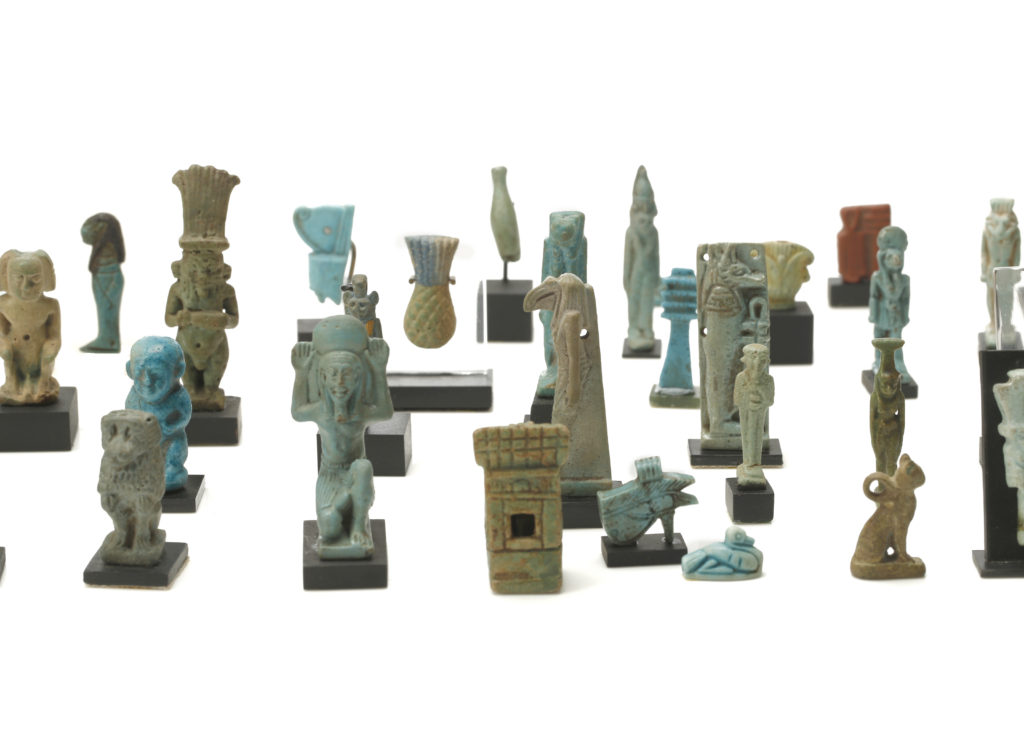 An impressive collection of Egyptian amulets is offered in the forthcoming Antiquities and Tribal Art auction on 14 June.

Madge Kirkham (1925 – 2016) had a life-long interest in history, and started buying antiquities from Folio Fine Art in 1964. She remained a customer of Charles Ede when he decided to specialise in antiquities, and continued collecting for the rest of her life. She was a discriminating collector of small antiquities and kept fastidious records to ensure good provenance of all the items in her collection.

Her main interests extended over the Mediterranean classical world and she built an extensive collection of Egyptian amulets. She also enjoyed travelling to the places where the objects originated, which helped her to place them in context and gave them a human dimension. 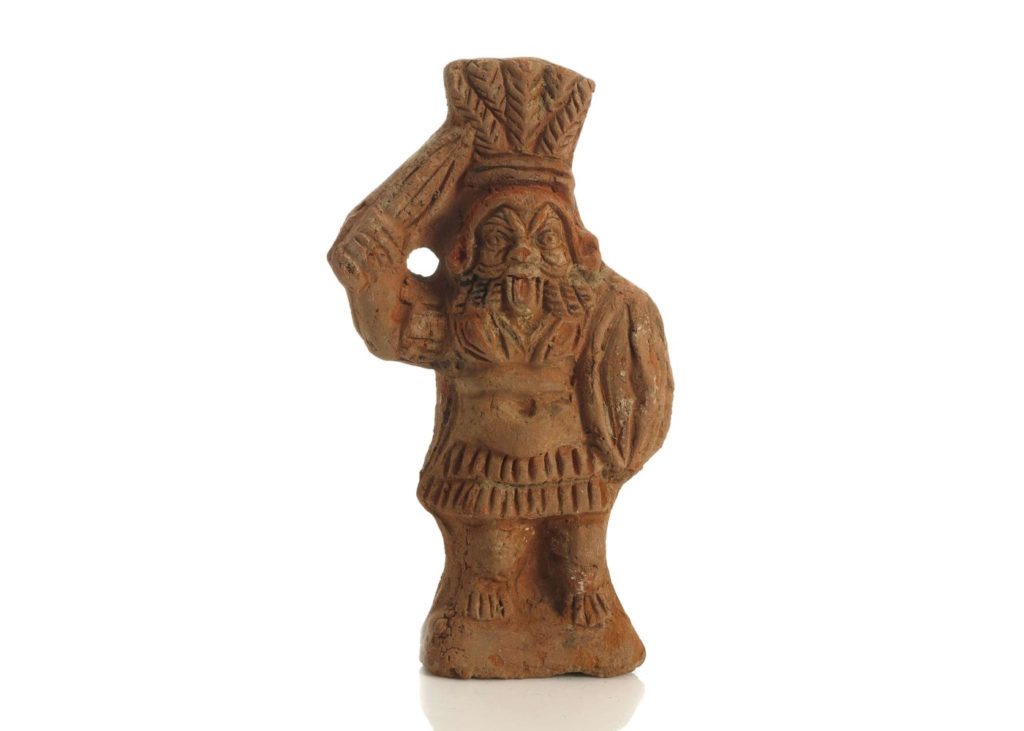 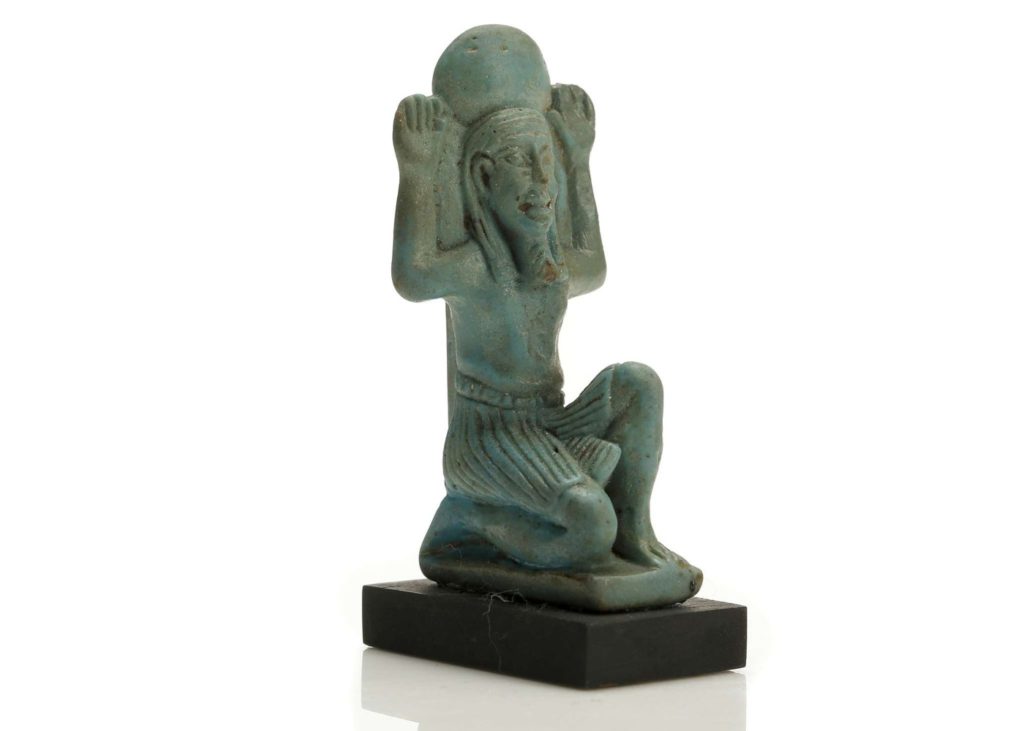 The collection includes a Romano-Egyptian terracotta statuette of a Roman centurion carrying an oval shield and raising his sword above his head (c. 1st century B.C.) and a glazed amulet of Egyptian air god Shu kneeling on his right leg and holding a sun disk over his head, (c. 664 – 525 B.C).