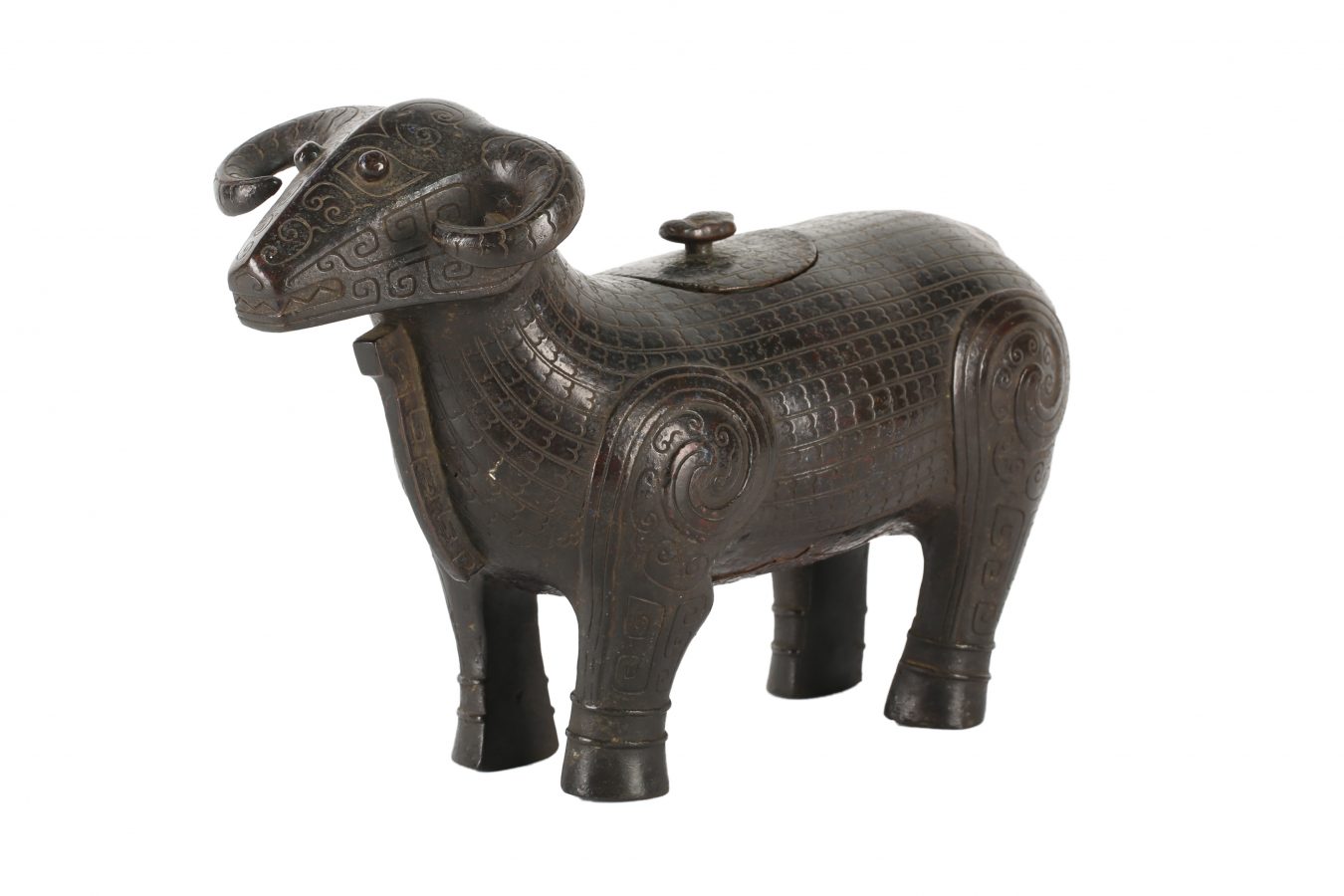 A CHINESE BRONZE MODEL OF A RAM, YANGZUN.

Ram-form bronze vessels are extremely rare, and Chiswick Auctions is excited to offer the above example in our ASIAN ART sale of Monday 14th November 2016.

The yangzun, or ritualistic wine vessel, formed as a covered bronze model of ram standing four square with the head pushed forward, derives from a bronze prototype from the Shang Dynasty, 13th to 11th Century BC. Of the three known surviving examples of this date, all were originally recovered from Hunan. They comprise two double-ram zun, one from the British Museum, another from the Nezu Museum in Tokyo, and a four-ram-headed rectangular zun vessel (????) is kept in the National Museum of China.

The earliest example of a zun of a form closely resembling the present piece is housed within the collection of the National Palace Museum in Taiwan. The single animal stands four square on a four wheeled platform and is inlaid in gold and silver. It is dated 13th-17th Century (Yuan – Ming Dynasty). Like the three archaic vessels it has a naturalistic form, the repeated scale decoration to the body, and a swirling decoration on each of the haunches.

The present piece, dated to the 18th Century during the Qing Dynasty, can be situated alongside two other pieces from important collections, a cloisonné enamel yangzun from the Palace Museum collection in Beijing, and a bronze piece from the Cernuschi Museum in Paris. In contrast to these three pieces the National Palace Museum example is distinct in having less elegant proportions: more closely set eyes, thicker neck and horns which project from the head at a more upright angle.

All four of the related examples are supported by a wheeled platform and it appears that the present piece would have originally been similarly supported. The application of wheels to animal-form zun vessels can be seen in the bird-form vessel depicted in the bronze catalogue Xiqing gujian, compiled in 1749 under the rule of the Qianlong emperor. Whilst the form appears to have been known during the Ming Dynasty, and possibly before, it appears safe to assume that it was through the Qianlong emperors involvement that further examples including the present piece were created.