An Ancient Accessory - Earrings through the Ages

Ahead of the Jewellery auction on 21st November, Head of Department Sarah Duncan explores the enduring trend of the earring that shows no sign of slowing, through a selection of lots offered in the sale that promise to provide jewel lovers with both old and new examples to cherish.

Earrings have been an established part of women's, and men's, jewellery collections for thousands of years. However, unlike rings and necklaces, earrings ebb and flow with the fashion tides, disappearing for years and resurfacing as a staple accessory - a status that they hold today.

'Ear piercing is one of the oldest known forms of body modification and earrings were among the first examples of adornment for human beings. They were well documented throughout the Egyptian and Classical civilizations. In more recent centuries it was men who were seen proudly wearing earrings, at times as a status symbol. One need only think of Charles I with his impressive pearl earring.' - Sarah Duncan 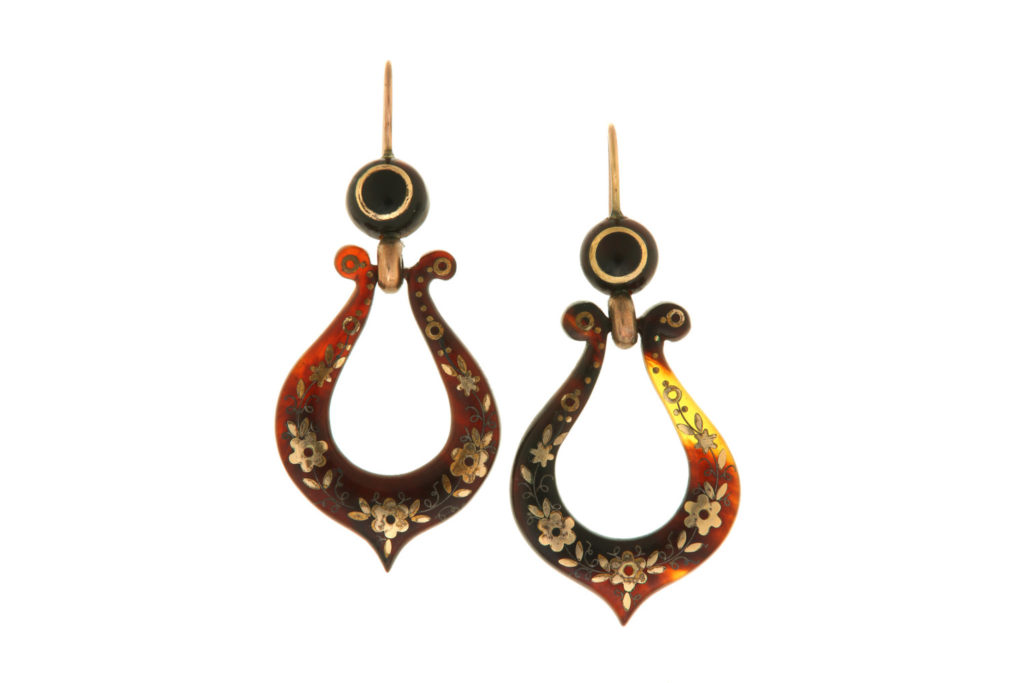 Lot 178. A pair of piqué posé tortoiseshell earrings, circa 1870, each openwork pendant inset with floral decoration, to a bombé surmount. Estimate: £250 - £350.

Throughout the 19th century earrings were largely designed in the pendant shape, although styles and materials varied according to whether the pieces would be worn during the day or in the evening. The earliest pair of earrings offered in the forthcoming sale date to circa 1870, (pictured above.) Made of tortoiseshell, they are inlaid with gold, a technique known as piqué pose. 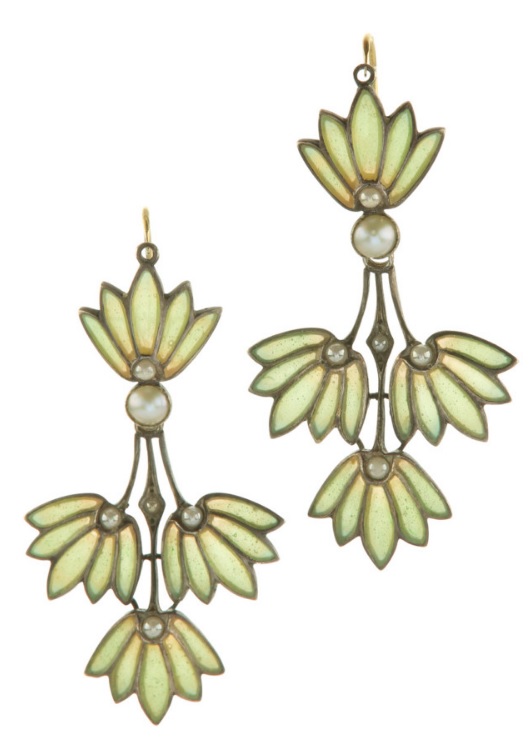 Also offered are a pair of Art Nouveau plique-à-jour enamel earrings, circa 1900. The style of earrings made during this period still favoured the pendant design and these particular earrings encapsulate the trend for delicate organics.

As we moved into the 20th century, hairstyle trends began to greatly influence the designs used for earrings.The flapper haircut rocked the fashion world; the slick short bob left the neck and ear lobes exposed, which saw the pendant earring entering a new phase.

'To complement the hairstyle, earrings produced during the so-called 'roaring 1920's' were often composed of a thin line, possibly set with gemstones or diamonds and terminating in a large drop. A pair of peridot and diamond pendant earrings offered in the sale are a contemporary example of Art Deco form. ' - Sarah Duncan 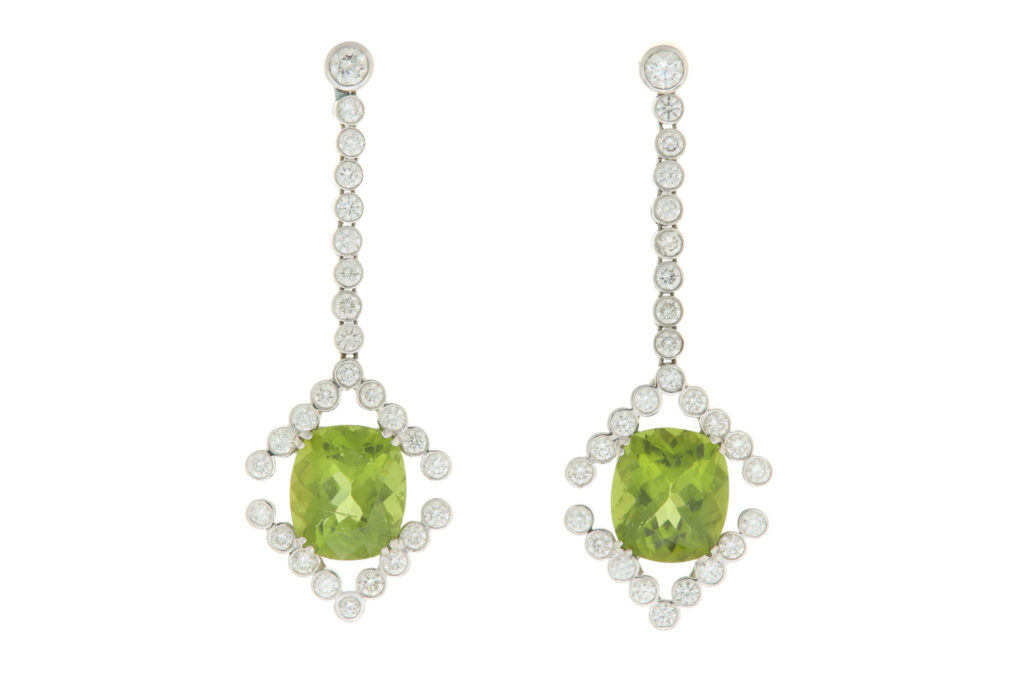 The most significant redesign of the earring came in the 1930's. Hairstyles remained short, either pushed behind the ears or arranged on the top of the head. With the ears left exposed, a more compact form of earring developed to flatter this look.The compact earring continued to be a prevalent design style in the decades that followed. 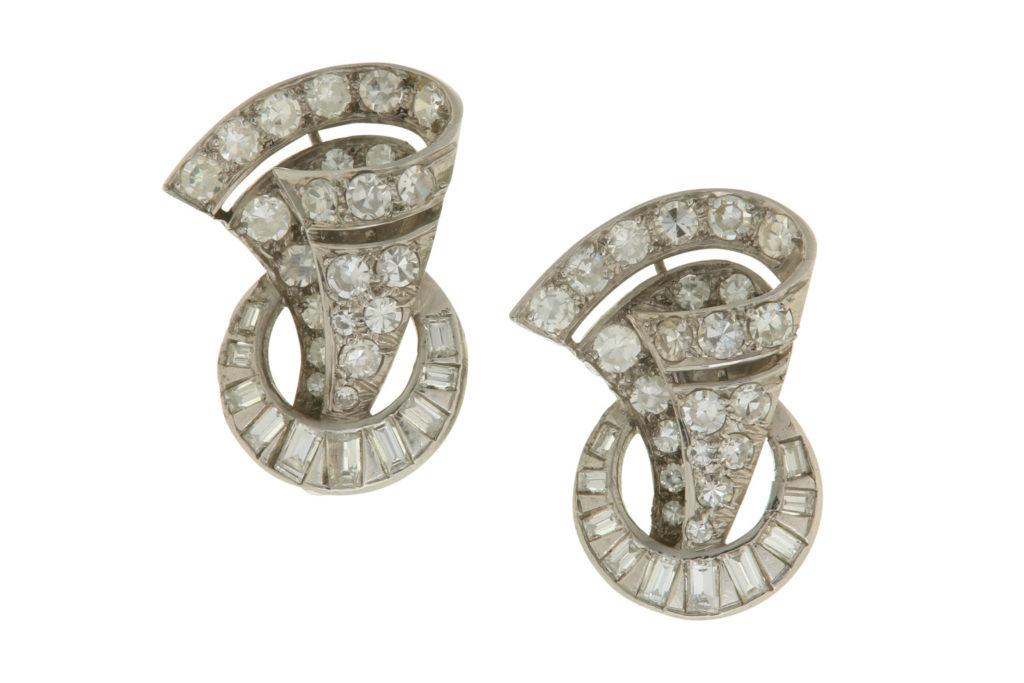 'Two key design features of earrings became prevalent during the 1930's. The first was the earclip fitting, invented so that women could wear earrings without piercing of the ears. The second design element was the detachable drop feature. The compact earring, enveloping almost the whole earlobe, could be added to with a matching drop set with complementary gemstones to the surmount.' - Sarah Duncan 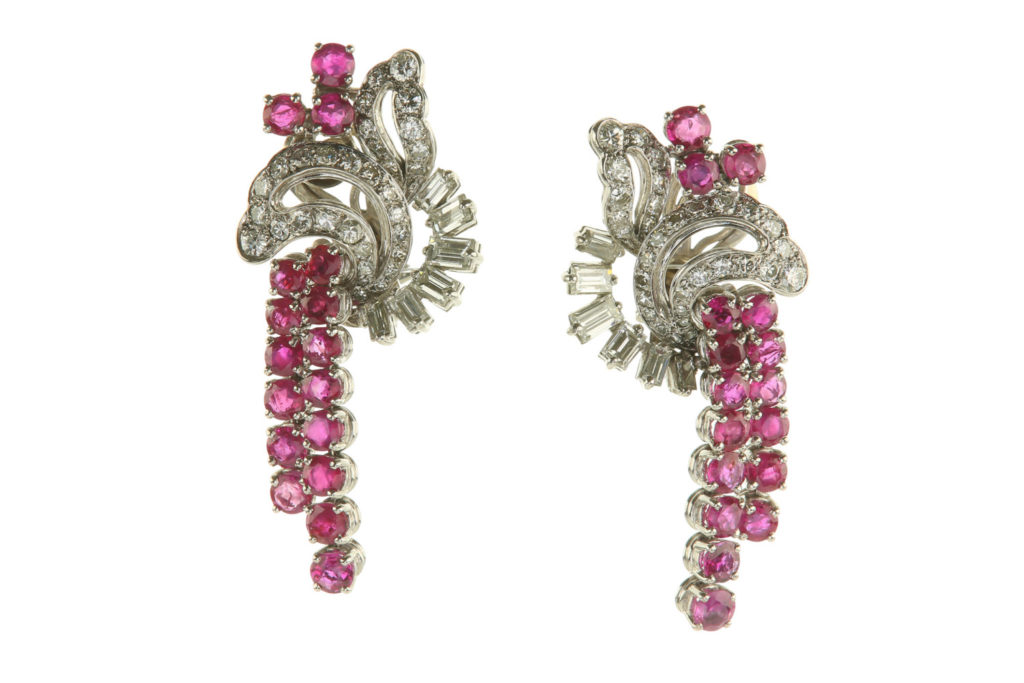 The economic struggles of the 1930's led to a demand for harder working jewels; jewellery was worn in various ways to maximise investment. It was not until the 1970's that styles notably began to depart from the norm. This decade saw a dramatic broadening of what was considered 'in vogue' in the fashion world. One of the most pioneering developments was the hoop earring, inspired by the burgeoning trend for African American fashion. 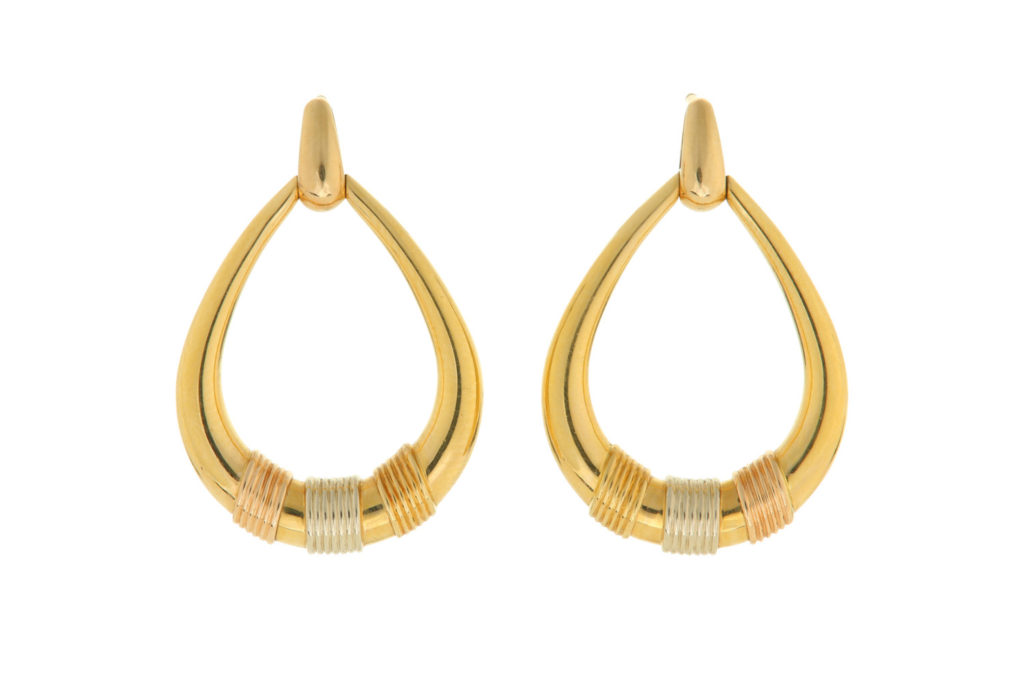 Couture jewellery brands all interpreted the hoop style and one of the most popular was the 'hoop-on-hoop' design, an example of which is offered in the sale (pictured above.) A larger hoop was suspended from a smaller hoop surmount, frequently carved out of hardstone or lavishly set with gemstones. 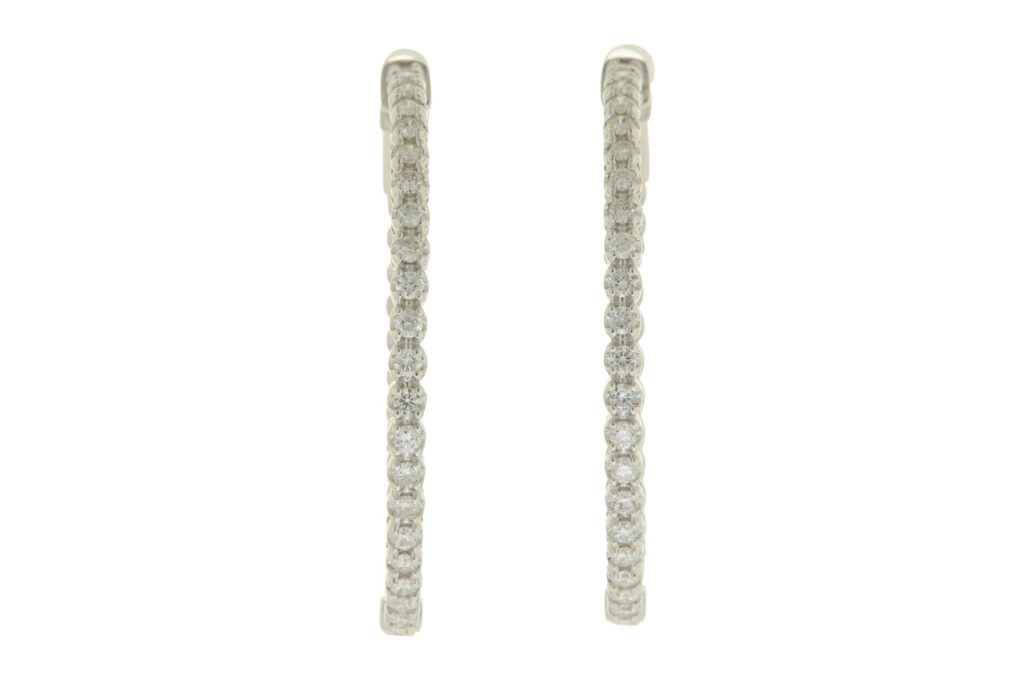 This freeing of the design rules continued throughout the subsequent decades and today we can embrace a wide range of earring styles to complement any outfit or hairstyle.