A Tale of Three Archives

Our Books & Works on Paper sale on Wednesday 2 December will feature the archives from an impressive family – The Blomfield’s  – including architect Sir Reginald Blomfield, his son and artist Austin Blomfield and his son-in-law John Ryan who was an illustrator and animator for British television. 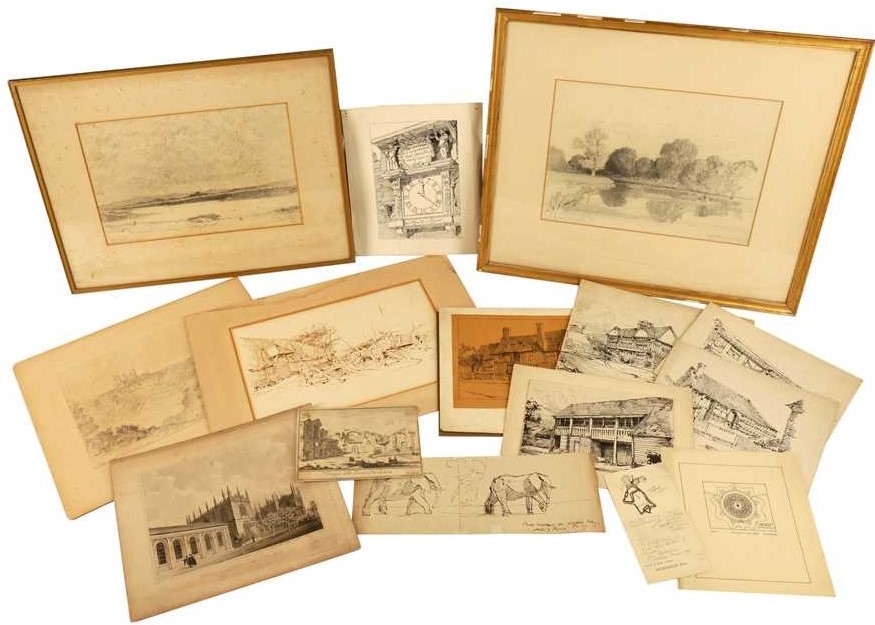 Sir Reginald Blomfield (1856-1942) was, and is, for many the embodiment of the architectural ethos of the late Victorian and Edwardian eras. Towards the end of his career he designed much of Regent Street and Piccadilly Circus in London, but was also responsible for the design of many churches, country houses war memorials and official buildings, most in the high Victorian and Edwardian imperial styles. His son, Austin Blomfield (1895-1967) was a very accomplished amateur artist, evidenced by the range of wonderful illustrations in his sketchbooks, covering the First and Second World Wars and many sketching trips.

In this archive are several signed first editions of Sir Reginald’s own books, works on architecture and garden design, lecture transcripts, manuscript notes and sketchbooks, many showing his love of the French late-Renaissance architecture which strongly informed his own designs. There is also a collection of material relating to Sir Reginald’s family background in Norfolk and his grandfather, Charles Blomfield, Bishop of London. 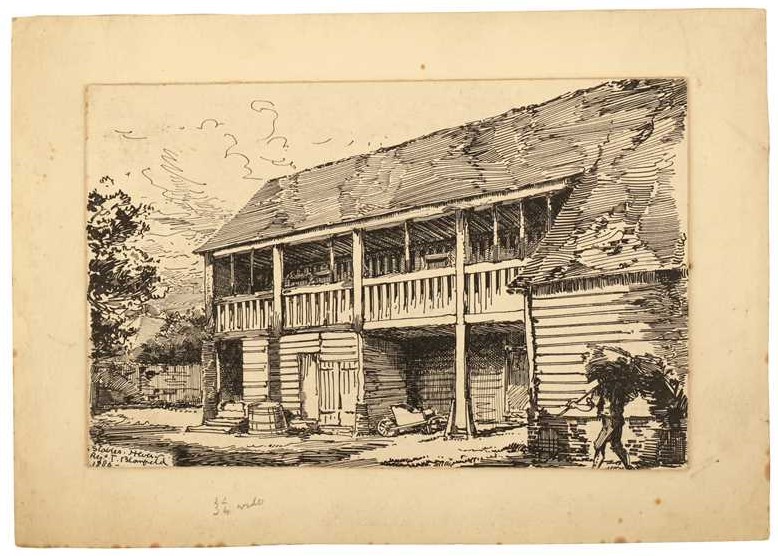 Sir Reginald‘s son, Austin was a very talented amateur artist and produced many sketches and illustrations, some of his father’s work and some from his own travels, all showing a tremendous understanding of architecture, place and scenery but also of space and ‘moments to capture’. His sketchbooks also depicted his wartime service, in both the First and Second World Wars. 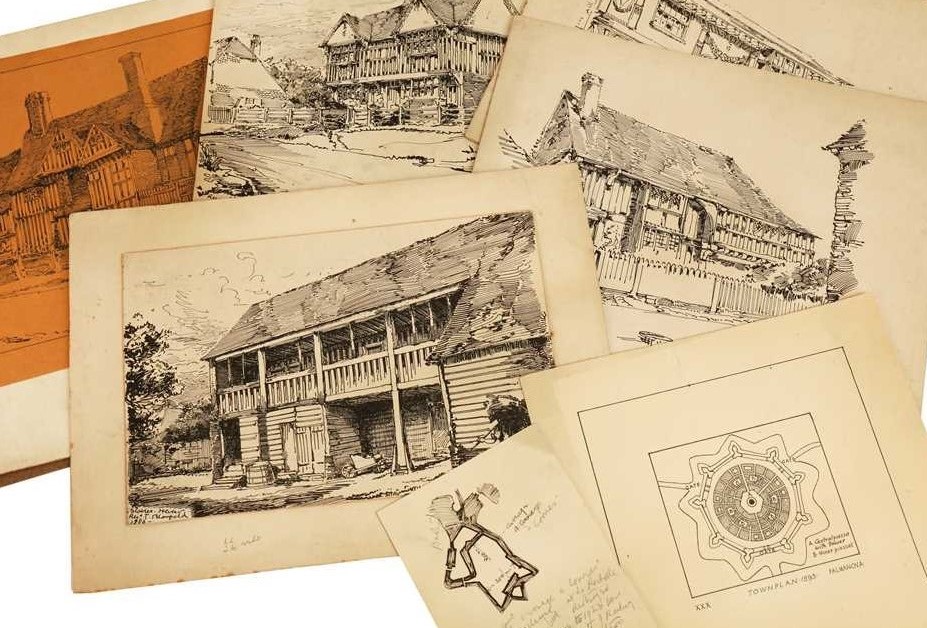 The second archive is from the family of John Ryan (1921-2009), who was married to Austin Blomfield’s daughter, and whose own father was the noted diplomat Sir Andrew Ryan. John Ryan was an illustrator and animator who produced a series of landmark children’s television programmes in the 1950s, 60s and 70s, including Captain Pugwash, Mary, Mungo and Midge and Sir Prancelot. In this archive are several artworks connected with Captain Pugwash, a number of signed editions of his books as well as other children’s books and personal effects.

As the story of three generations of one artistic family, these archives give a fascinating insight into the creative minds and personalities of those who shaped Britain’s architecture and television for much of the 20th century.

Books & Works on Paper, Wednesday 2 December at 10am