Our Middle Eastern Journey sale will take you on a journey of discovery through traditional works of art from the Alhambra to Asia Minor, to paintings and objects exploring the narrative of Orientalist and Topographical Art.

The sale includes items of Islamic Art, Paintings, Books, Photographica and Carpets from the region, alongside European Works of Art, that explore the rich history of the Middle East and its influence on the West.

Here are a few of our specialist’s top picks from the sale next week... 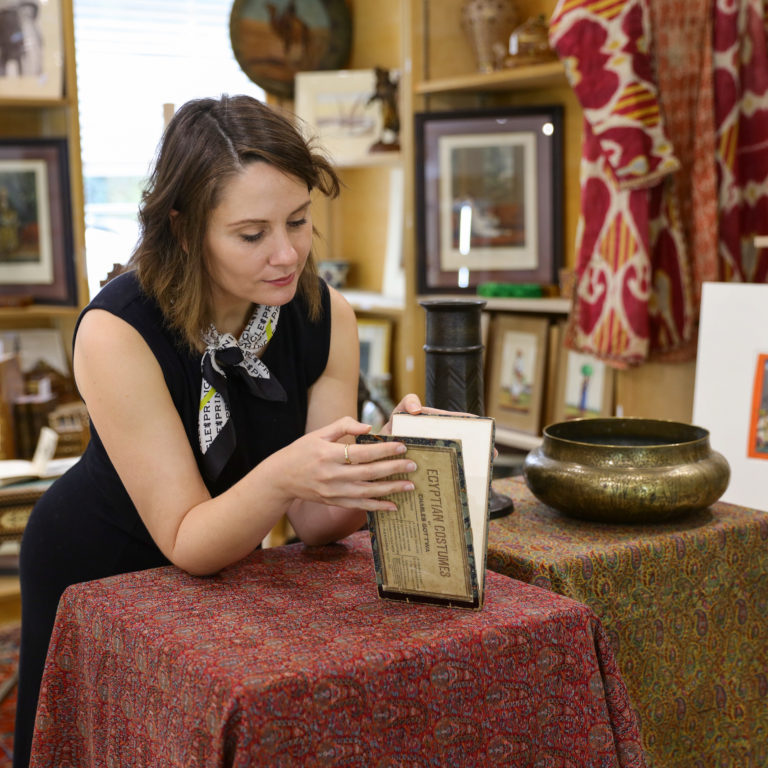 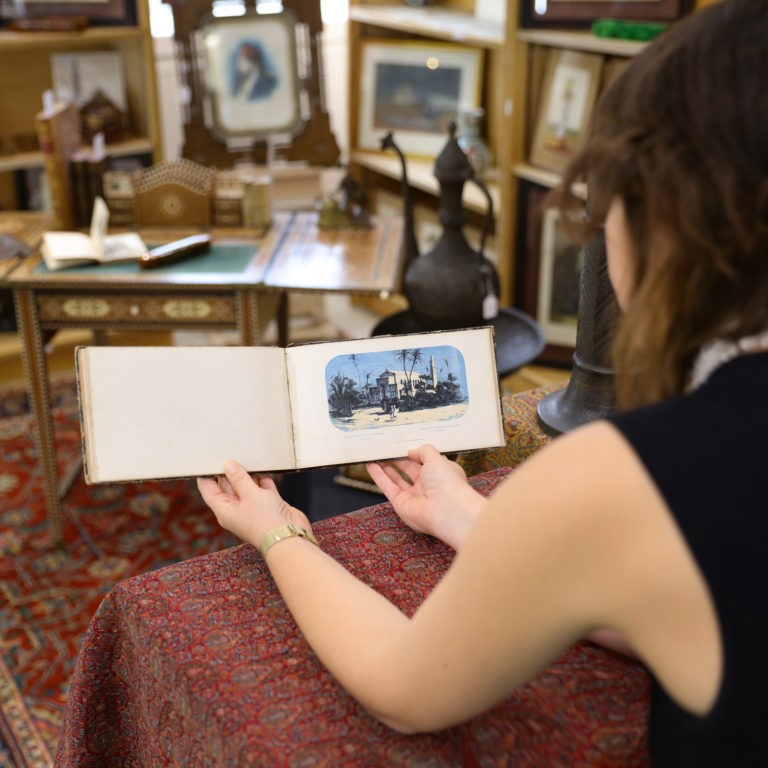 “I love this little ‘time capsule’ full of illustrations of everyday people in 19th century Egypt. Egypt-mania struck Europe a few times in the late 19th and early 20th centuries. It always resulted in an increase in Egyptian styles in decorative objects as well as in jewellery!”

“These two lots are very poignant to me. I lived for a short while in Qatar (selling wine, believe it or not), and one of the things that struck me was the cultural co-mingling. These pipes were made in Europe for an Iranian market, influenced by new trade opportunities and embracing a diversity of culture these are a symbol, to me, of the obvious permanence of societal development via a sort of cross-cultural-pollination. I think it’s a lesson worth remembering.”

“The connections between countries is winding, complicated, peppered with cultural-appropriation on both sides. I like all the Pen Case’s in the sale, but this one is so European in appearance, the scenes are idyllic and the sort of thing you’d find across much of western Europe, but of course they were most heavily influenced by Russian art. When you know this it’s beautifully apparent that these could be (and are more likely to be) Armenian scenes. The pen cases were not only made for the European market, reiterating the importance of trade, but also to hold writing equipment, signifying one of the unifying features of human society, the written word.” 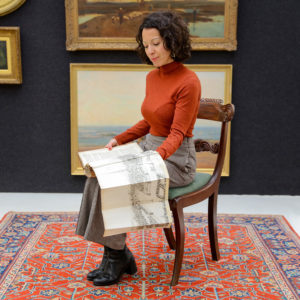 Lot 165. Sir John Chardin, The Travels...into Persia and the East-Indies.

“Born in a Hugenot family, Jean Chardin (1643-1713) spent much of his life traveling to the East because of his father's position as a jeweller and shareholder in the French East India Company. Chardin spent the equivalent of ten years in Persia between 1665 and 1677, traveling through the Ottoman Empire, Georgia and Armenia before arriving to Persia, where he served at the courts of Shah Abbas II and Shah Safi. I find his ten-volume ‘The Travels...into Persia and the East-Indies’ very interesting as differs from other travel accounts of the same era; providing a reliable insight into contemporary political events, covering a great variety of topics, including history, government, religion, trade, medicine, art, architecture.

Several of the plates which illustrate his chronicle were drawn by the French artist Joseph Guillaume Grelot, who accompanied him on his travels to faraway Persia. Chardin was particularly interested in the architecture of Isfahan. His work includes a number of engravings of building and town views.” 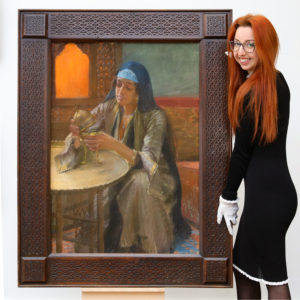 “This gorgeous pastel draws you in and intrigue is created for the viewer, with the quiet, intimate moment which is being portrayed. It is beautifully complimented by the exquisite, hand crafted frame made by the artist for this piece.”

“An artist known primarily for his illustration and poster works depicting India and published by the Cunnard company. These rare original works offer a glimpse into the artists travels through the Middle East.  The fluid rendering and treatment of light reveal a talented En plein air artist at the height of his observations.  Both scenes are highly evocative of a golden period of artists working in this region.”

“The stylised border and overall treatment suggest it is most likely the work of a European artist of the late 19th century on their travels throughout the Middle east, the stance of the Tuareg and his camel makes for an impressive image. This everyday carved bowl typical of the period has been elevated to an intriguing record of desert life at a time when the West began depicting the East”