Karl Lagerfeld once said ‘Chanel left us more than fashion: she left us her style. And that, as she said herself, never grows old’. This is most obvious in her womenswear suits for which the designer has become most well known for.

Coco Chanel was in her 70s when, in 1953, she came out of her retirement and first designed suits for women. This was particularly revolutionary at the time when women’s clothing was often synched in at the waist, with large bell-shaped skirts a la Christian Dior. Dior's 'New Look' focused on femininity and glamour, at the cost of comfort and easy mobility. The woven fabric of Coco's suits appealed particularly to the American market, where women were craving the sense of empowerment that these suits gave. Throughout history many prolific women have worn Chanel, such as Jackie Kennedy, Princess Diana and of course Anna Wintour.

When Karl Lagerfeld took over as head designer at Chanel he injected some new life into the brand and his success is mostly due to the way he has incorporated iconic Chanel elements with his own innovative ideas, bringing more modern elements into the designs. For example, the 1980s was the era of the power suit, and Lagerfeld led the way. His jackets had large shoulders but kept the small waists, meaning his jacket's retained a sense of femininity that Chanel is known for.

In 1995 Karl Lagerfeld designed what he called ‘micro’ suits, in other words, they were much small than previous years with the jackets cropped and shoulders narrower. There is a great example of this coming up in the April 20th Designer Fashion and Handbag auction. Lot 130 is a lovely pink Chanel boucle wool skirt suit, collared with full length sleeves and pockets across the chest. Like all Chanel pieces, the jacket is silk lined with beautiful French seams and gold chain on the inside, weighing the hem line down.

As well as lot 130, there are seven further Chanel skirt suits from the same, careful owner. 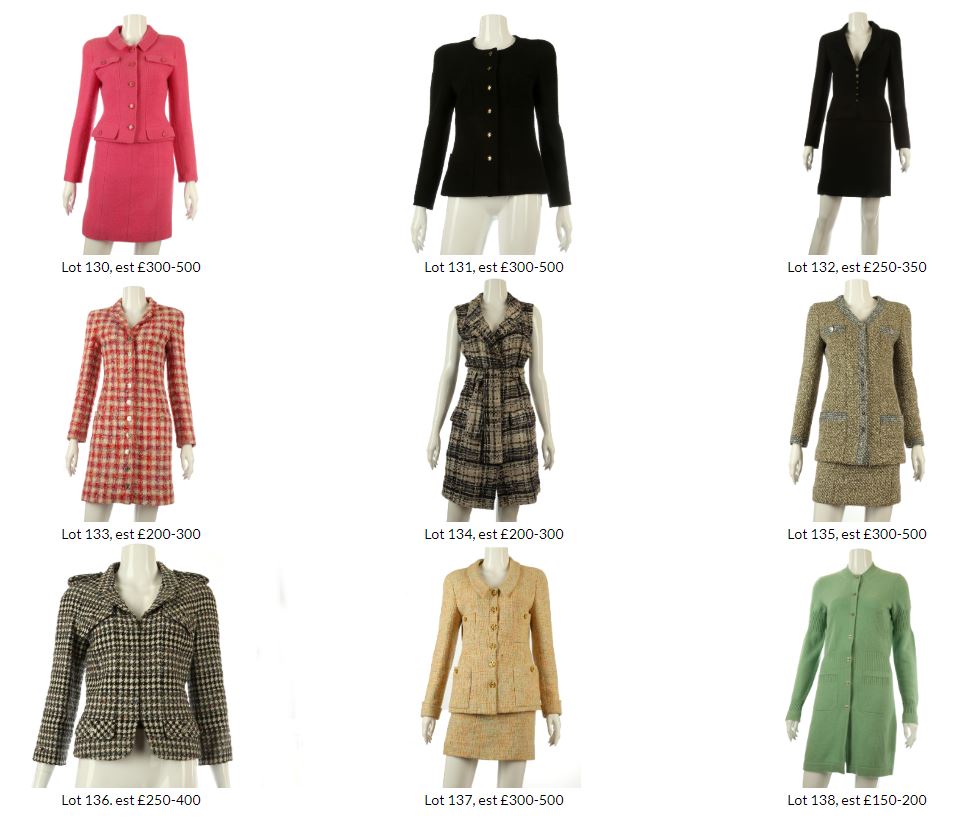