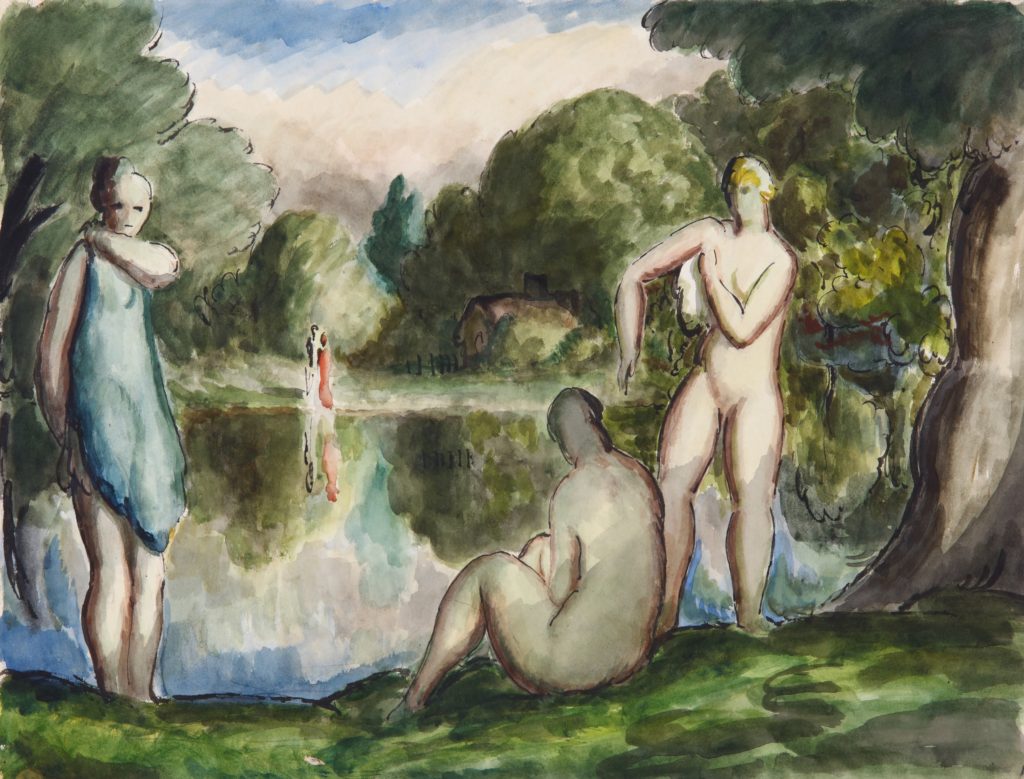 Ahead of the British and European Fine Art auction on 3 October, we take a closer look at an extensive single owner collection by the artist and cartoonist Harold Hope Read offered in the sale.

The collection spans the artist’s career from the 1920’s until his death in 1959 and illustrates his status as a painter of modern society. With over 100 works, the collection highlights the evolution of his distinctive style, demonstrates the influence of artistic contemporaries and showcases his experimentation with a wide range of drawing techniques and media including oil, pastel, watercolour, charcoal, pencil, graphite, pen and ink.

Harold Hope Read was born in Greenwich in 1881 and had a fairly strict, religious based upbringing in a Quaker household. In 1901 the family moved to Lewisham and by 1907, he was living at Bolton Studios in South Kensington. By 1910, he was living in Brighton. Its inhabitants and beaches served as a backdrop for his artistic experimentation. It was here that the artist was involved with fellow artists William Orpen and Sir William Rothenstein, who was coincidently brother in law to Orpen’s wife and younger brother of Charles Lambert Rothenstein – who was Hope Read’s friend and patron. Charles Lambert Rothenstein was an important patron of young British artists and collectors, particularly for members of the New English Art Club.

It was Hope Read’s exposure to upper class society in Brighton, thanks to his contemporaries, that has been credited for inspiring his ‘High Life’ series of drawings that convey their grandeur, opulence and luxurious clothing.

Hope Read’s varied work combines playful humour, satire, eroticism and melancholy. He consistently produced narrative scenes that are thought-provoking and demonstrate his preoccupation with the interaction of figures from varying walks of life. Hope Read’s nudes show the influence of French and European drawings and his skilful use of small and expressive pen lines are reminiscent of Rubens’s energetic brushwork. These contrast to his watercolour beach landscapes, shown below, that are more impressionistic in style. 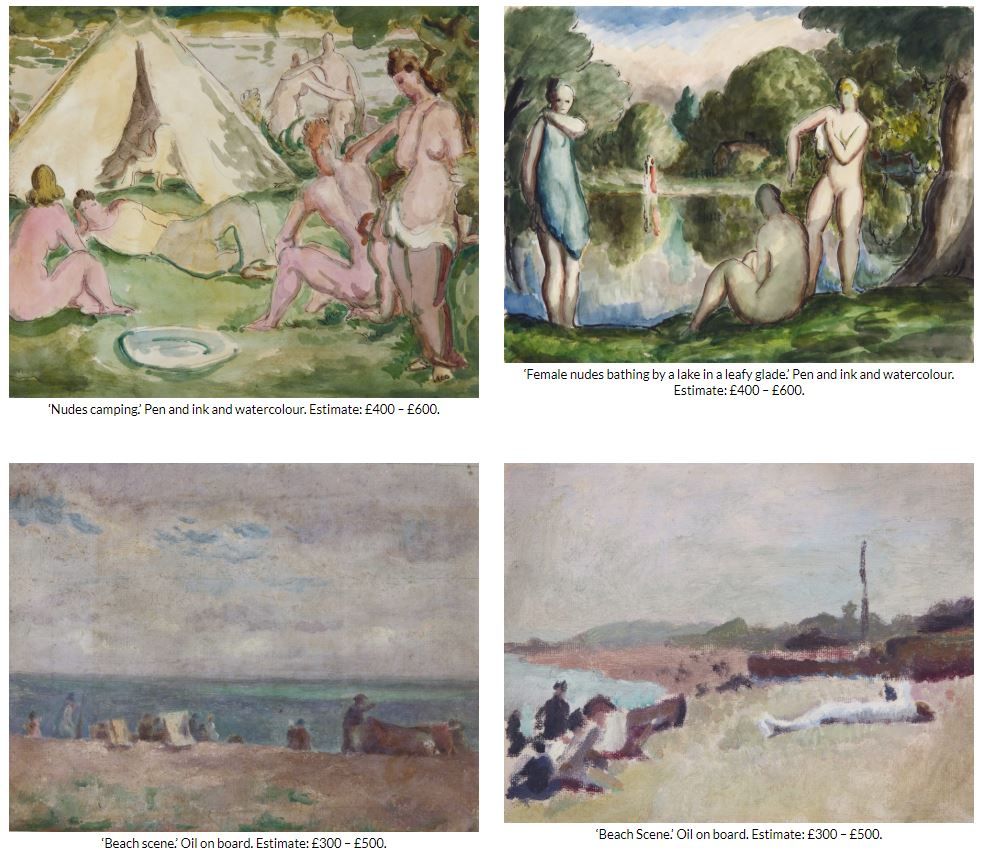 In the early 1930s, Hope Read moved to a Victorian Villa in the bustling spa town of Tunbridge Wells, which became a subject of his work during this period. During this time, Hope Read earned the title, ‘the Bohemian of Tunbridge Wells’ and lived an avant-garde lifestyle with his live-in housekeeper, model and mistress Hilda. One of Hope Read’s subjects was Hoopers – the grand Edwardian department store similar to Harrods that still stands today. Hope Read would observe and paint the crowds window shopping outside the store, which was a popular shopping attraction for the genteel inhabitants of the town and its surrounding villages. 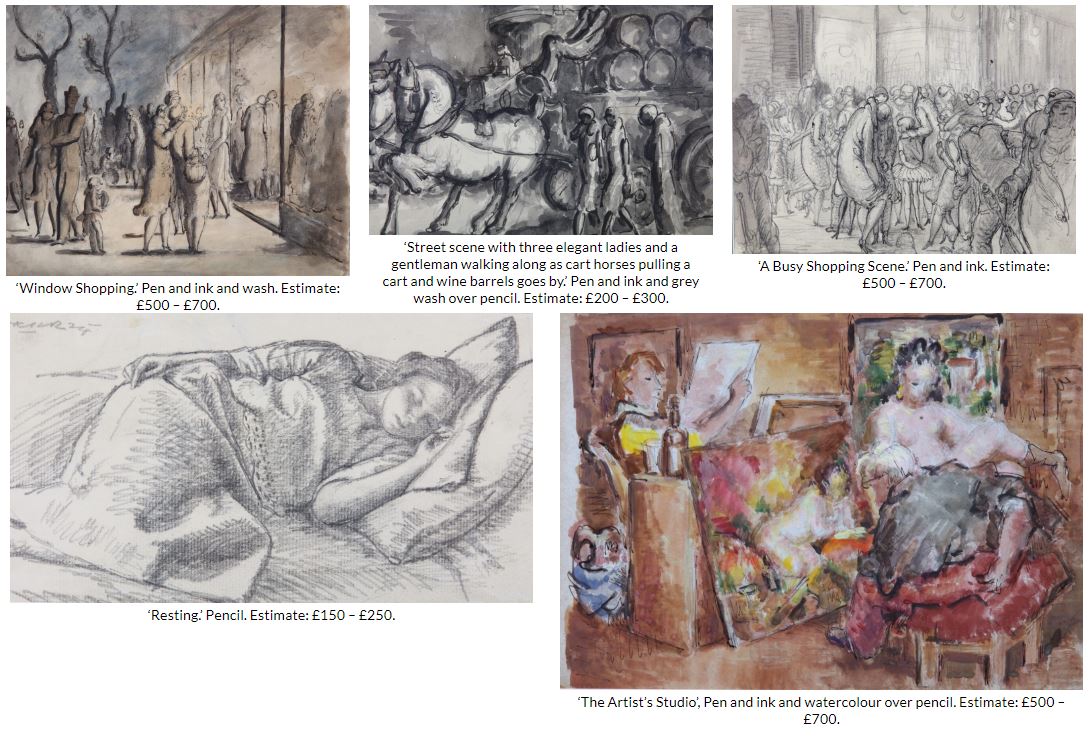 Hope Read’s work is widely considered to prefigure Edward Ardizzone’s style. Ardizzone's lively line-and-wash drawings were also gently humourous and largely based on observation. His work spanned children’s books, including the ‘Little Tim’ series. He was commissioned by the War Artists Advisory Committee in the Second World War as an official war artist. Hope Read exhibited at the Royal Academy in 1927 and found success during the 1940’s, at which time he was a regular exhibitor at the Alpine Gallery, the New English Art Club and the Royal Institute of Painters in Watercolours. He was also a member of the National Society of British Artists and produced several cartoons for publication, including eleven for Punch Magazine between 1905 and 1922.

In 1948, the founder of the Folio Society, Charles Ede, commissioned Hope Read to illustrate the Folio Society edition of ‘The Crime of Sylvestre Bonnard’ with 14 lithographs. This project established his reputation amongst contemporaries and those familiar with his work. Hope Read’s career spanned a period of great change – he was born in a conservative Victorian era, witnessed two world wars and saw the birth of the motorcar and air travel. Furthermore, the period leading up to his death marked a watershed in the evolution of art that allowed him to experiment with mediums as well as styles ranging from cubism to impressionism.

Entries are currently invited for the auction, please email our Fine Art Department before 10 August with images for a complimentary valuation: art@chiswickauctions.co.uk.