The cabinet of curiosity

The 21st January sale, 'From the Curious to the Extraordinary' celebrates the eclectic mix of collectables that made up the 16th and 17th centuries 'cabinet of curiosities' and would go onto form the world’s first private and public museums. This is the first of two blogs that examines different aspects of our sale. In this blog, we tell the story of the key pioneers of cabinets and why they went out of fashion during the Age of Enlightenment. A second blog by Isabelle Grande, looks at the revival of 'cabinets' and the art of collecting in the 21st century. Plus discover our Instagram, where Viktor Wynd, from the eponymous Museum of Curiosities, Fine Art and Natural History, tells us about his favourite lots from the auction. 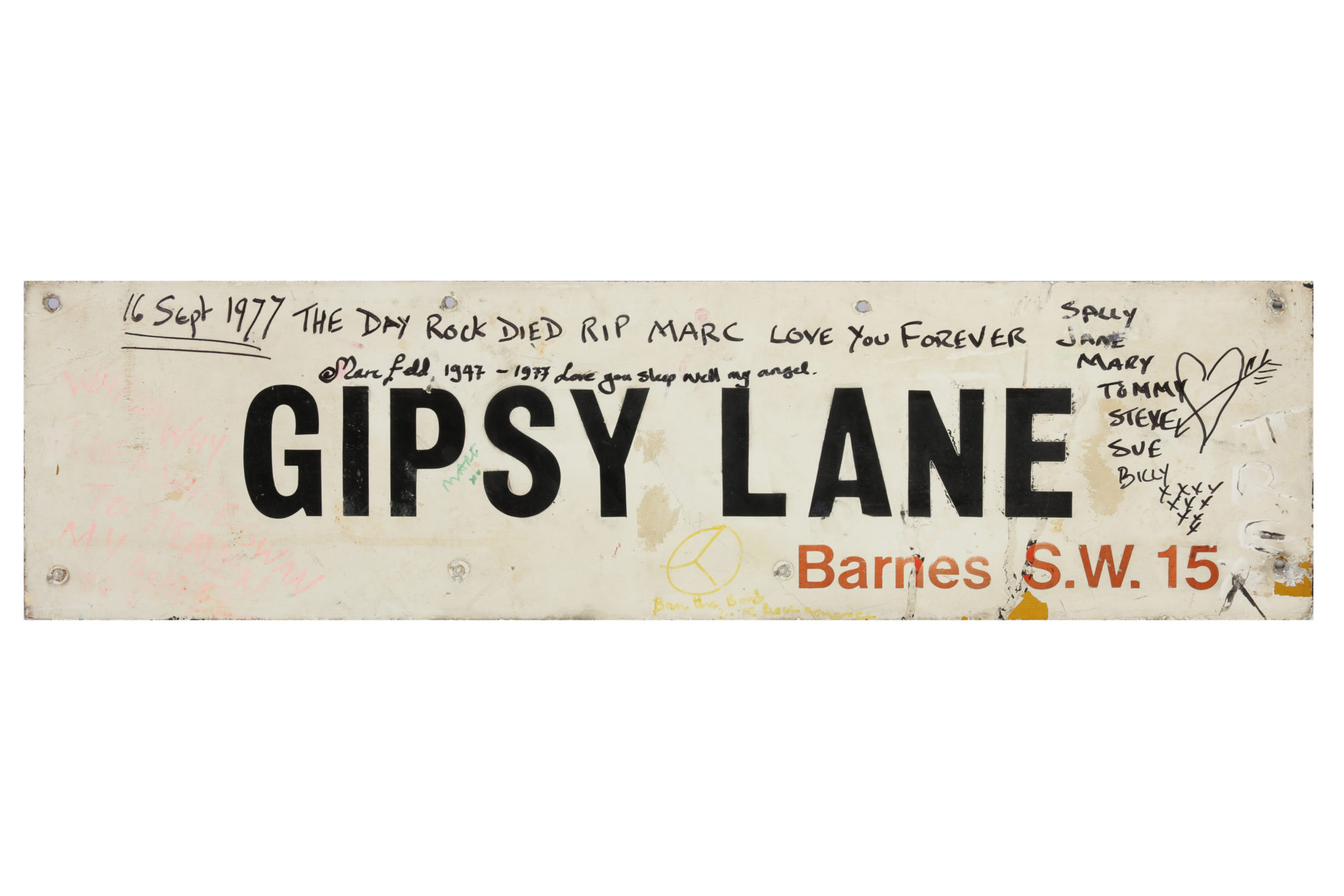 Lot 176. An original street sign of Gypsy Lane, Barnes where the Mini driven by Gloria Jones and with on board Marc Bolan struck a tree killing the lead singer of T. Rex. Estimate: £500 – 700 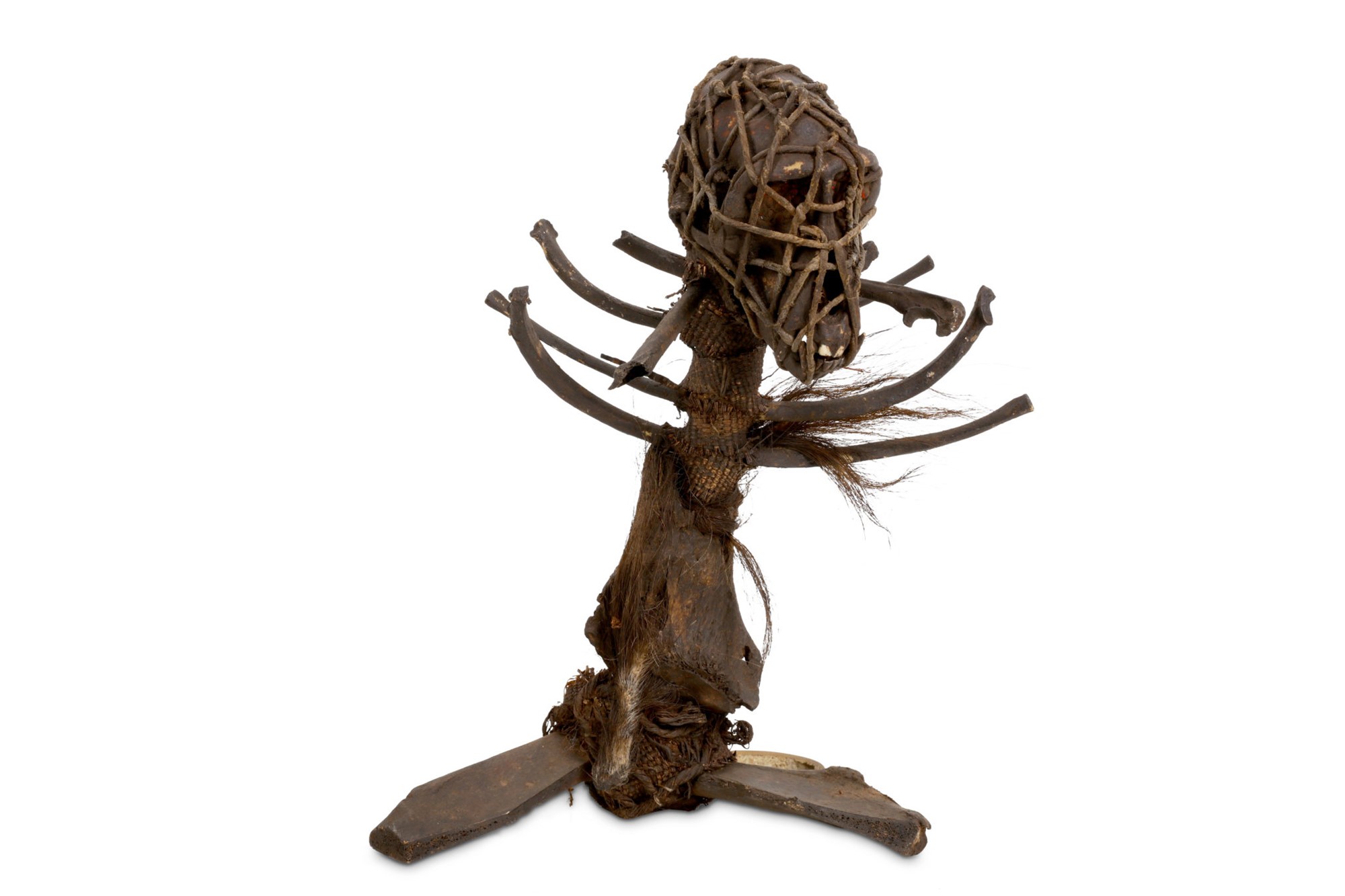 All 386 lots in our sale tell a story. Whether it's the Gypsy Lane road sign (lot 176), the African witch doctor staff (lot 13) or the head of a devil (lot 57), each individual piece could carry its own catalogue essay. Cabinets of curiosity were exactly that. They told a story, individually, collectively, and - importantly - about the person who put them together. The early collections were indeed in cabinets (see lot 21), but many expanded to fill entire rooms - 'wonder rooms' or Wunderkammer as they were known -  came to symbolise a microcosm of the universe. They comprised of objects of natural history such as mummified, stuffed or pickled creatures, plants and bones, antiquities, ethnography, religious relics, and archaeological and geological objects such as fossils. Many of the most prized objects were ones that were of a vast scale - a whole crocodile or another exotic creature from lands afar. Our fibreglass life-size heads of an African bull elephant (lot 80) and rhinoceros (lot 81) would have gone down well with these pioneer collectors!

Lot 21. A George III mahogany collector’s cabinet, circa 1810, with an Artist’s Mannequin and other macabre items from the upcoming sale.  Estimates between £200 – 2,000

There are two crucial points about the collectors who created these cabinets. Firstly, the focus on natural objects meant it was actually less expensive to start a collection. A new breed of middle-ranking collectors grew as a result, taking advantage of an expanded world through global trade, exploration and, yes, colonisation. Secondly, a well-stocked collection was the key to improving one's social standing in society; a well-displayed collection said something about the self-identity of the collector and their view and understanding of the world. 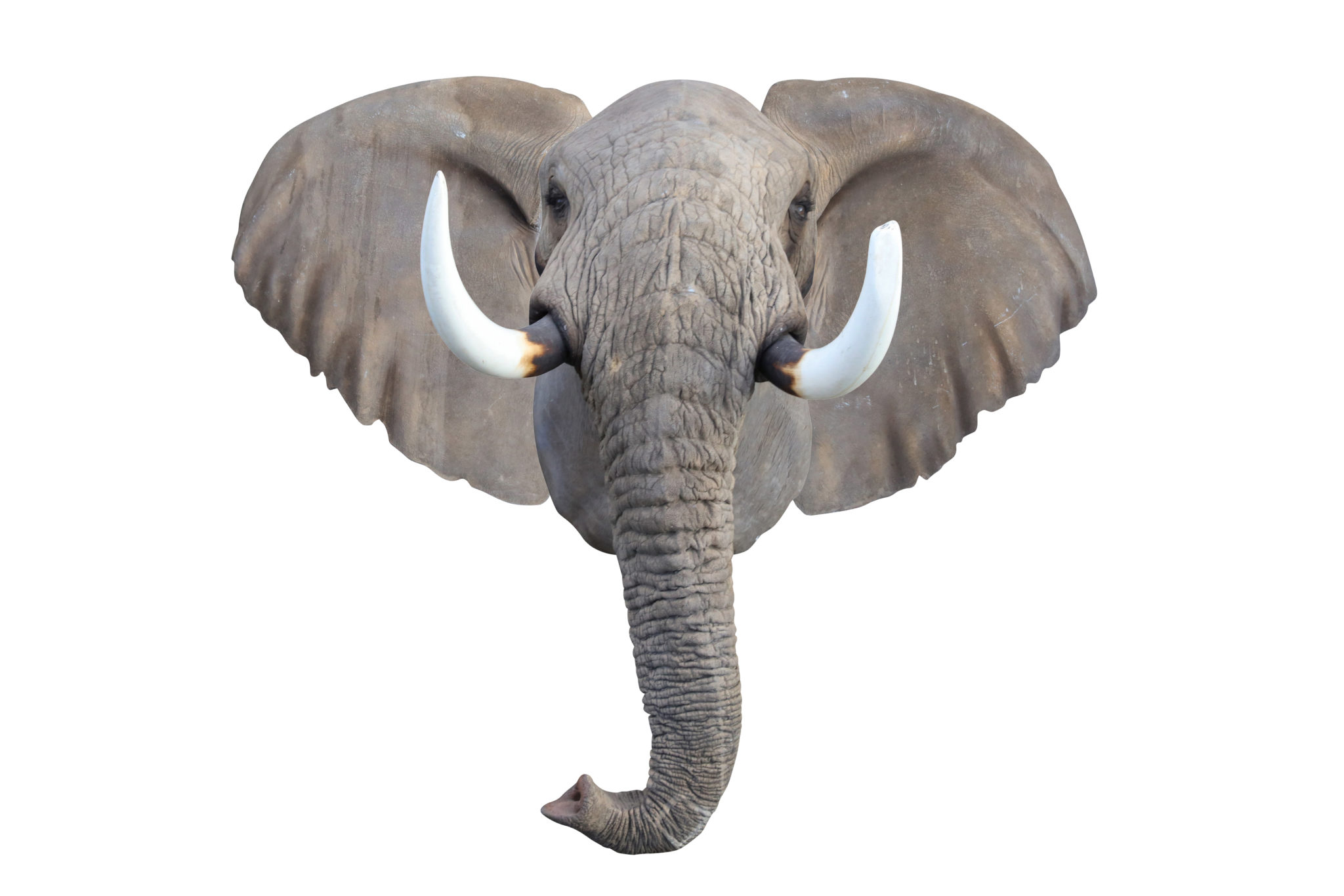 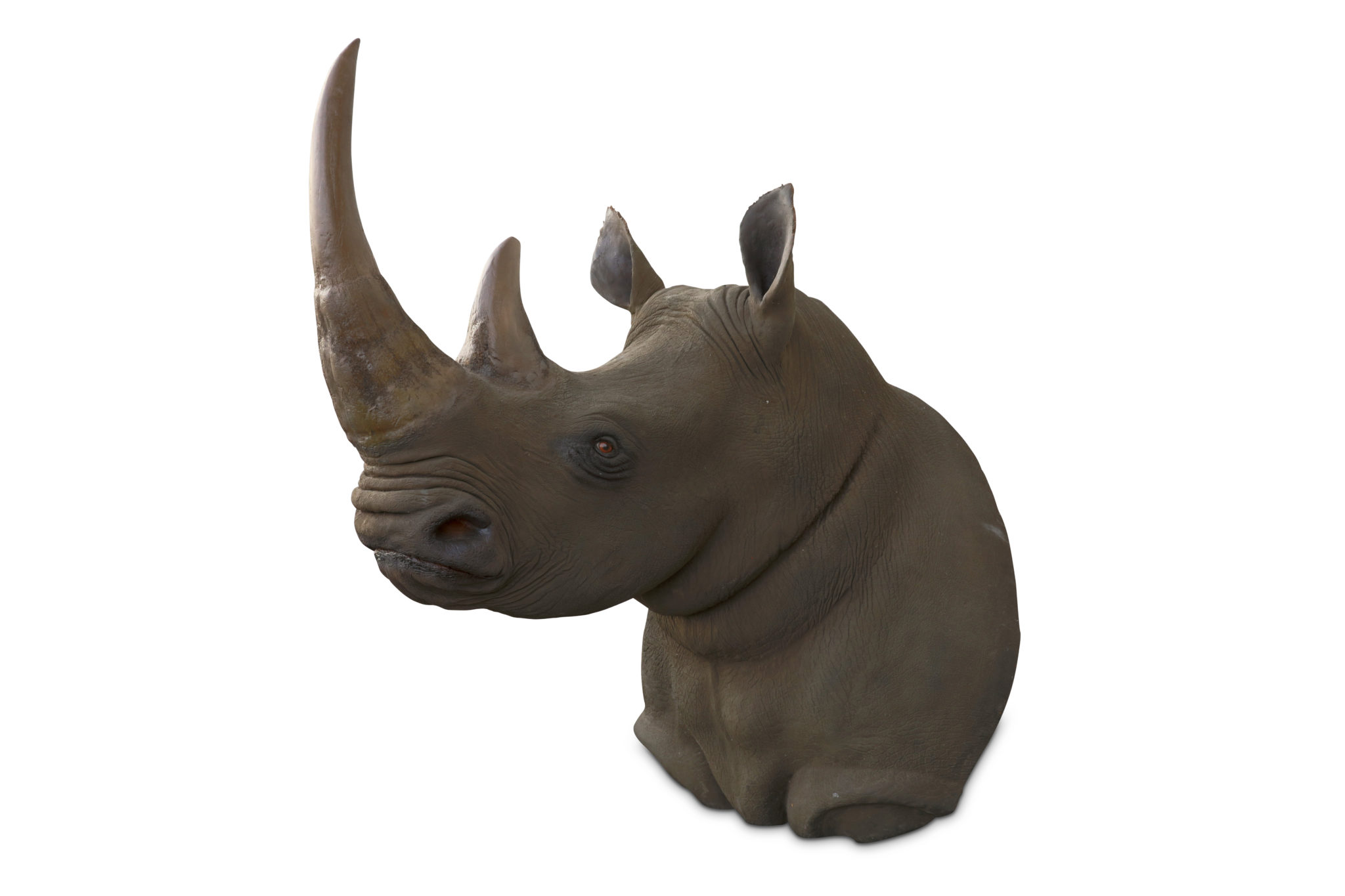 This can be seen in one of the earliest collections, curated by the father-son duo the Tradescants (John Tradescant the Elder (father) and Younger (son). John Tradescant the Elder (1570's to 1638) was a gardener, collector and traveller, who amassed a huge collection of curiosities that he displayed in his house in Lambeth that became known as ‘The Ark'. The collection comprised of fruit stone carvings, two whale ribs, a mermaid's hand, "a natural dragon two inches long" and a whole menagerie of other splendours. Turret House became one of the world's first private museums when Tradescant started to charge members of the public to view the collection. Although the Tradescants were already well-connected, through 'The Ark', the public could read their interests, their anxieties and their peculiar fascinations. Greatly added to by his son, 'Tradescant's Ark' was acquired by Elias Ashmole, who actually moved next door to Turret House and, when Tradescant the Younger died and relations between Ashmole and Tradescant's widow soured, used his lawyerly skills to acquire most of the collection intact. Ashmole combined the collection with his own and donated it to the University of Oxford, who then built the first purpose-built museum in the world to house the collection - The Ashmolean.

Another English pioneer, Sir John Bargrave, has left us his cabinet of curiosities intact. It can be viewed today as The Bargrave Collection at Canterbury Cathedral, with the original objects in little drawers. He travelled extensively from the 1640's onwards, collecting natural curiosities and antiquities and keeping a travel diary of his voyages.  His diary records that on one such journey, he brought with him a pet chameleon, which he fed with flies which unfortunately proved to be an insufficient diet, and the chameleon sadly died. It was duly preserved by the ship's surgeon, and can still be seen today, nestling in one of the drawers, with his tail forever stuck at this rather jaunty angle. 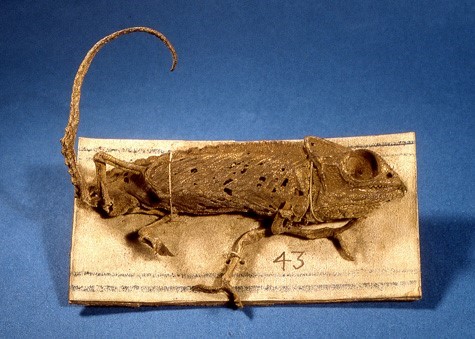 As the 17th century progressed, the Age of Enlightenment brought order and classification to the world. Cabinets of Curiosity became to be seen as chaotic, and museums became rationally arranged, fossils with fossils, birds with birds, and so on. The urge to categorise and understand replaced the urge for wonder and imagination. And so, these eclectic collections went out of favour.

How wonderful is it that now, we can look at this world and marvel at the stories that were told? That we have wonderful modern pioneers of cabinets of curiosity that we will explore in later blogs. And that we have our 'From the Curious to the Extraordinary' sale on 21 January, where we look forward to seeing you and celebrating the unusual, the unique and everything in between.

From the Curious to the Extraordinary, Tuesday 21st January at 11am