Ahead of the forthcoming Ceramics and Glass auction on 25 July, Specialist Dr Jim Peake asserts that the perceived decline in popularity of Lustreware is imagined. This is proven through a particularly rare Wedgwood 'Elves in a Pine Tree' plaque by Daisy Makeig-Jones offered in the sale. 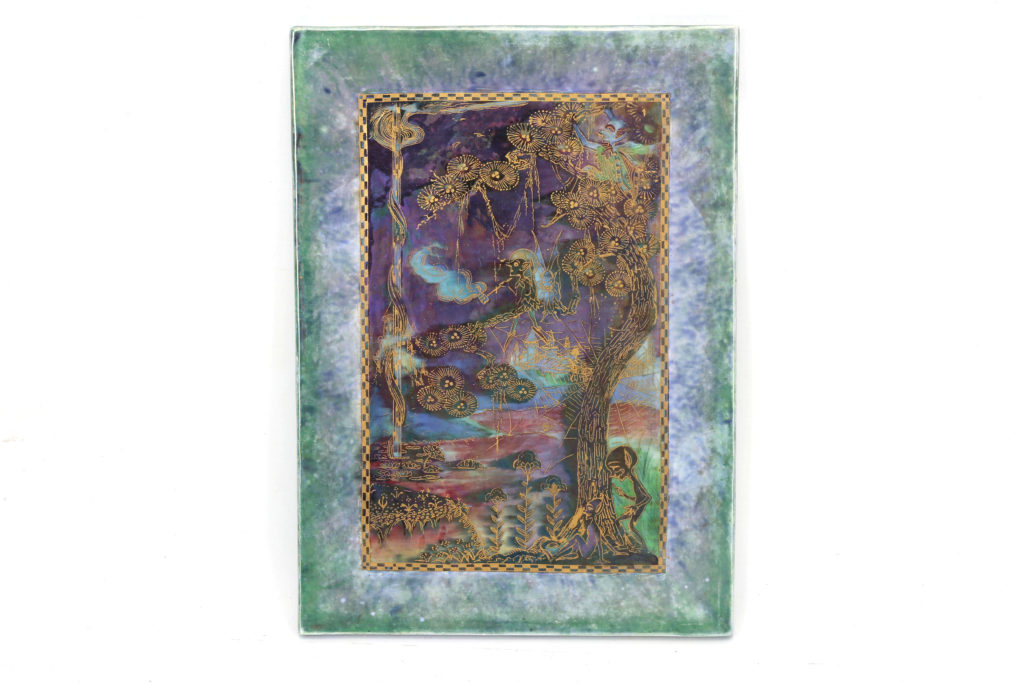 Lustreware is generally considered to have long since had its heyday, and it’s true that the popularity of lustreware has waned in recent years due to changing tastes and modern interiors in which many Victorian pieces are not comfortably incorporated. Having said that, the very best pieces of lustreware remain particularly sought after. This cannot be better demonstrated than by the Wedgwood ‘Elves in a Pine Tree’ pattern lustre plaque. It was produced by Daisy Makeig-Jones in around 1920, whose designs were often heavily influenced by Fairytales and Folklore.

'Fairyland Lustre plaques are particularly rare, and examples in this particular pattern seldom make it onto the market. Even after nearly a century, the colours remain just as bright as they were when they came out the kiln, and the fantastical scene provides some refreshing escapism from modern life.' - Dr Jim Peake

Lustre decoration on pottery has a long-standing tradition dating back well over a thousand years. Copper and silver pigments were first used to decorate glass in the Near East during first millennium AD. The technology was later adapted for use on pottery around the 9th century to satisfy the demand for expensive tableware.

'Islam forbade the use of precious metals for eating and drinking, so the metallic sheen of lusterware, particularly gold, provided an ideal alternative.' - Dr. Jim Peake

Dr. Jim Peake spent time studying the technology of Sejuk lusterware excavated from Kubadabad Palace in Turkey, with a focus on the renowned star-shaped tiles synonymous with the famous Kashan pottery in modern-day Iran. Again these tiles are highly prized amongst collectors.

In the course of the second millennium AD, the lustre tradition spread throughout the Middle East and Europe, as well as through Southern Spain and Italy where some of the most celebrated wares were manufactured. Around the turn of the 19th century, English lusterware was developed, with manufacturers including Spode and Wedgwood leading the way. Lustreware was produced in huge quantities in Staffordshire, and mottled pink lusterware remains synonymous with the Sunderland Potteries. Later, the bold designed of artists such as William de Morgan flourished under the Aesthetic Movement, drawing inspiration from Persian and Hispano-Moresque wares.

Introduced in 1915, Fairyland Lustre remains one of Wedgwood's most celebrated outputs and the value of some of these pieces often exceeds that of similar vessels made form precious metal. The Fairyland world at Wedgwood originated with the imagination of designer Daisy Makeig-Jones (1881-1945), who joined the company in 1910 and quickly progressed through the ranks, continuing with the company until 1931. During a period that offered limited options for women, female workers were prized in the field of ceramics production. They were both skilled at transfer application and painting and had a strong sense of the women consumers, who were responsible for decorating the home. Furthermore, the public imagination was focused on the possibility of alternative realities. Interest in supernatural beings and spiritualism had begun in the late Victorian period and flourished after the Great War. With many young lives lost, survivors longed to believe in a life beyond death.

Tangible proof, therefore, that in some circles lustreware is still regarded just as highly as it was when it was first produced over a thousand years ago, and will not be pushing up the daisies anytime soon.

Here is a selection of Lustreware highlights previously sold at Chiswick Auctions: 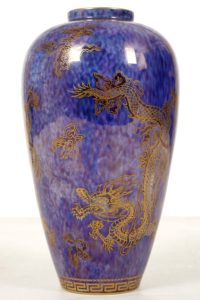 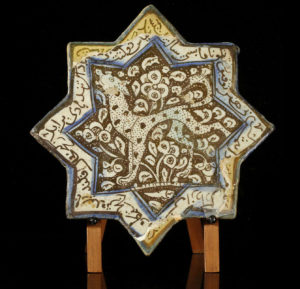 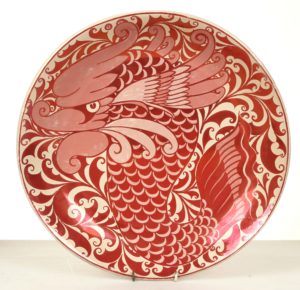