Chiswick’s Tuesday sale of general antiques was a steady, busy affair and whilst there were no ‘dizzy’ exciting prices achieved, the sale was well attended and bidders on the floor were plentiful with the usual complement of commission and telephone bids.

A large collection of Eastern silver lots sold consistently on or above the higher auction estimate, which is in keeping with the strong prices for silver and precious metals recently, so really, no surprises there! All the silver and jewellery lots followed the same pattern just as they have for these past months. 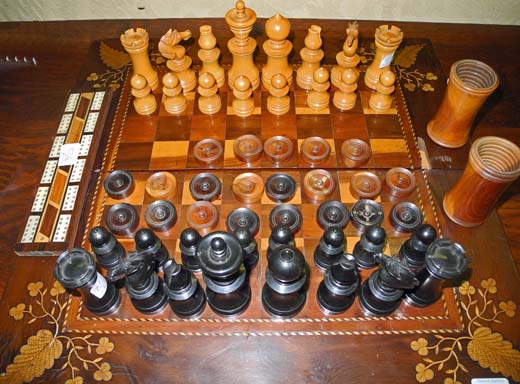 In a flurry of bids, lot 416, A collection of stamps, world including Great Britain from penny blacks to late 20th century, including Victorian surface printed, seahorses, wildings, modern unused definitive’s, sold for £1,080 including premium, against an auction estimate of £80-120.

A large bronze bust of an American Indian, lot 520, sold for £1,220 including premium, and whilst there was no shortage of lots selling in the high hundreds, most were selling within the auction room estimates, however, it was encouraging to see that across the board from paintings to furniture, ceramics to glass and everything in between, there was steady interest and bidding which bodes well for 2013!