Works acquired on Lord Macartney’s Embassy to China in 1792-1794, which have passed through four generations of the British nobility, are being offered for sale for the first time as a complete set in more than two centuries at our Chiswick Saleroom this November. Our Head of Asian Art, Lazarus Halsted, explains why they are such a special discovery... 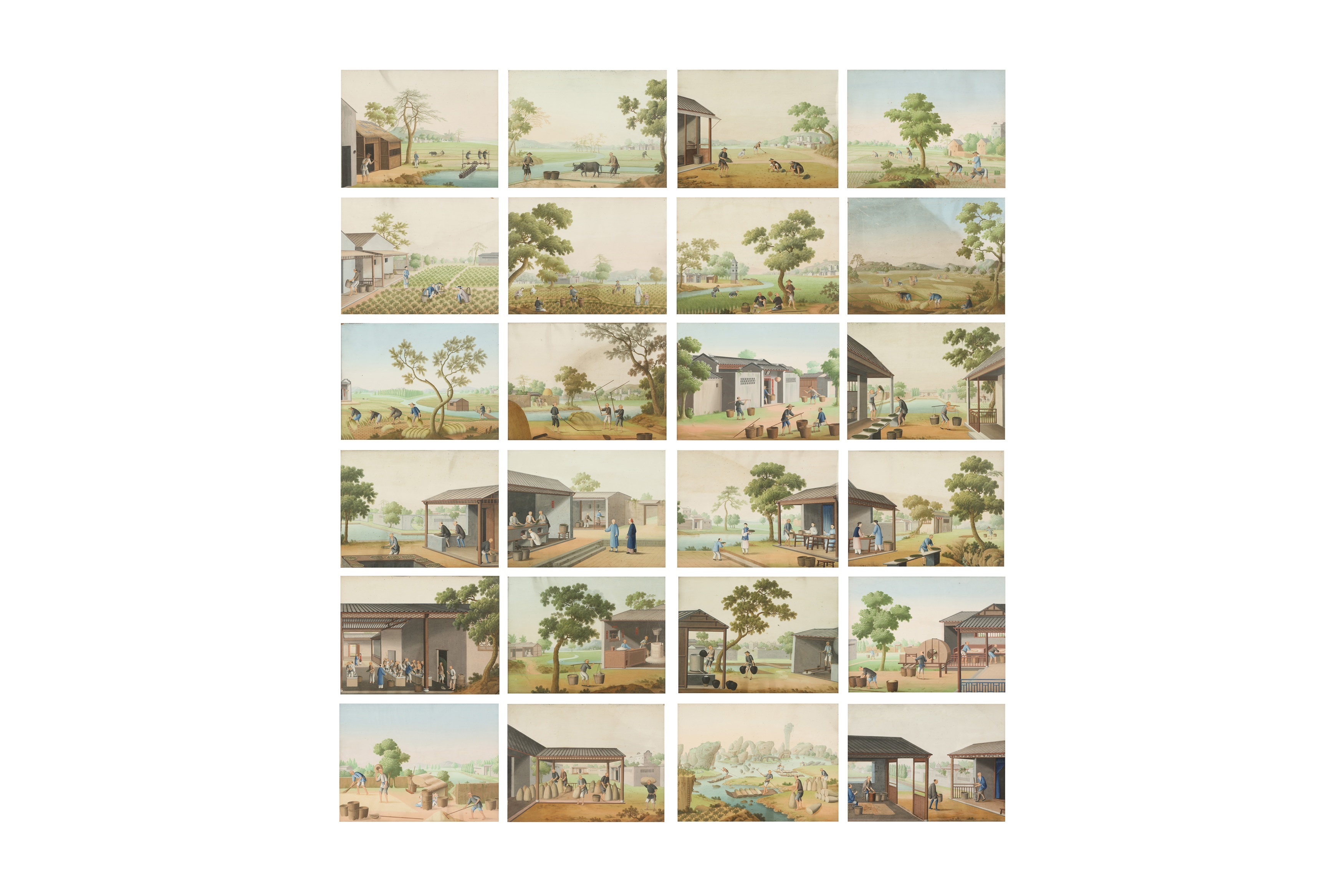 These 24 paintings of outstanding historical value and artistic importance were presented to Lord Macartney himself on behalf of the great Qianlong Emperor.

They shed light on a key moment in the shared history of China and Great Britain and their beauty and refinement underpins the momentous political, commercial and historic currents that they represent and speak to.

The set of paintings passed to the youngest member of the mission, Lord Macartney’s cousin, John Crewe, 2nd Baron Crewe (1772 – 1835). John Crewe was famously painted as King Henry VIII at age 3 by Sir Joshua Reynolds on which Horace Walpole famously noted, “Is not there humour and satire in Sir Joshua's reducing Holbein's swaggering and colossal haughtiness of Henry VIII to the boyish jollity of Master Crewe?”. Despite amassing significant debts in later life, the paintings have been treasured by his descendants ever since, hanging in the historic Crewe Hall, with an inventory of 1898 noting their hanging in the Parsons Bedroom.

The historical importance of the works stems from the momentous nature of the diplomatic trade mission. The endeavour marked a turning point in the relationship between China and the Western powers. It was Britain’s attempt to balance a massive trade deficit fuelled by its demand for tea and other Chinese products. However, the failure to establish bilateral diplomatic relations shaped the world economy for years to come with the Opium Wars occurring 1840-1842, and the eventual fall of the Qing Dynasty in 1912.

Having passed for two centuries through generations the Crewe family, in the 1980s after a terrible error, one of the paintings was misplaced and thought lost forever. The lost painting was then discovered – having been bought from a junk shop for £10 – but a bitter dispute over legal title meant that the case could not be resolved, and the set remained broken up almost to the present day.

The final chapter in the story came just hours before the present catalogue for our sale went to press when a resolution was struck - meaning that the works are offered as a complete set, and will be offered for public exhibition and sale in 2021 for the first time in their more than 200-year history.

Reuniting this set has been hugely gratifying and this is one of the most thrilling stories within Chinese art this season.

The Spirit of Trade and Industry

Legends of the art world, these works have been rarely viewed only once publicly shown as a set of 23 paintings out of 24 in the landmark 1997 exhibition, A Tale of Three Cities: Canton, Shanghai and Hong Kong, Three Centuries of Sino-British Trade in the Decorative Arts, where the catalogue describes them as ‘a remarkable set of paintings’. Much of the material from the Macartney mission then passed into the public collection of Cornell University in 1918 through the Wason collection.

The works perfectly encapsulate the spirit of trade and industry which underpinned the initiative. They depict the production of tea with the many details of the process being illustrated. Tea was a crucial component in international trade for centuries and has come to define both British and Chinese identities.

The works are artistically significant showing a fine level of technical detail, but also details of everyday life including children sheltering from the sun in a make-shift “den” and vast imaginary mountainous landscape vistas. Whilst sets of paintings of tea preparation were common in the 19th Century, this set is exceptionally early, detailed and extensive.

For more information on this lot or the rest of the Asian Art sale, please contact Lazarus Halstead lazarus.halstead@chiswickauctions.co.uk