15 Modern British artworks with estimates below £500

Last November, David Hockney’s Portrait of an Artist (Pool with Two Figures) sold for US$90 million at Chrisite’s, becoming the most expensive piece of art ever sold at auction by a living artist. Record breaking figures such as these might lead the art enthusiast or novice collector to believe that they are priced out of the Modern British Art market however, Head of Modern & Post-War British Art, Krassi Kuneva dispels this myth with her 15 modern British works with an estimate below £500 from her forthcoming sale. 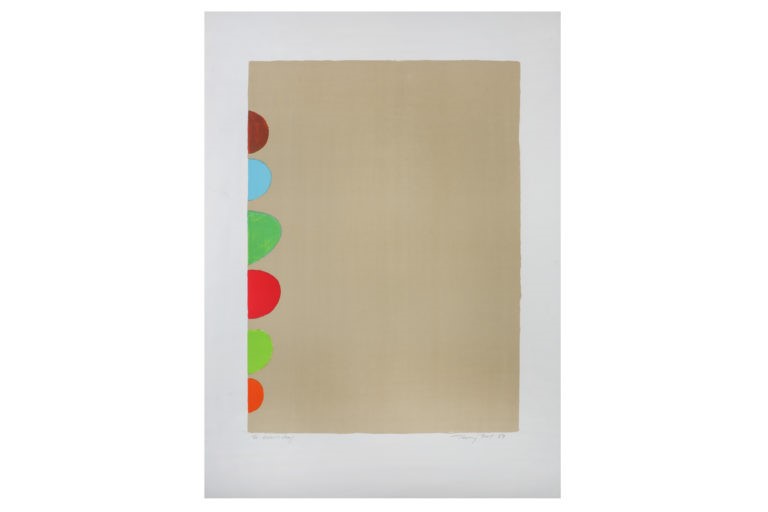 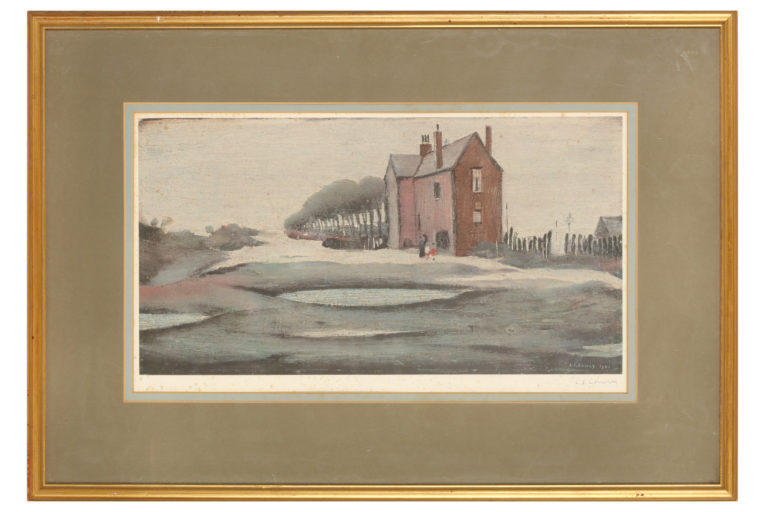 Britain’s famous painter of urban landscapes Laurence Stephen Lowry’s enduring popularity makes it hard for his numerous admirers to own originals, but a fine offset lithograph such as The Lonely House allows entry to the Lowry market without the cool £2.3 million price tag.* 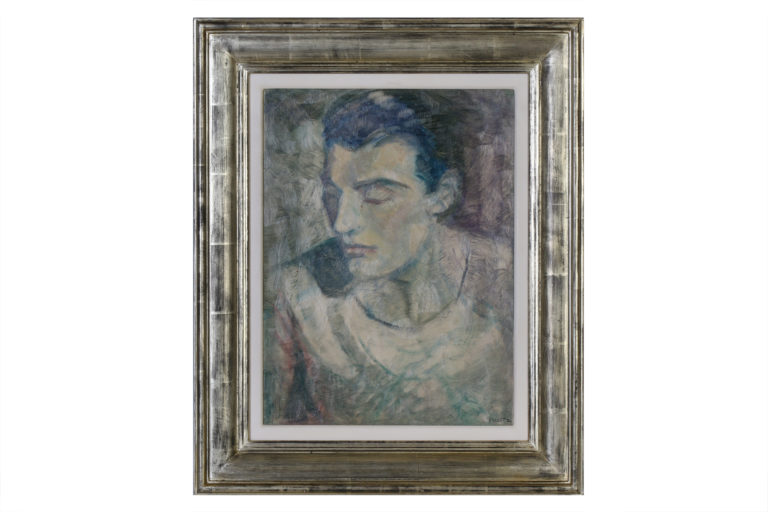 Hedwig Pillitz’s portrait of Sir Anton Dolin captures one of the foremost male ballet dancers of the twentieth century. Known among his friends as Pat Kay, Sir Anton began his career in the corps de ballet of Diaghliev’s famous Ballets Russes. As both an inspired dancer and choreographer, he has contributed to the wide spread appeal of ballet today. 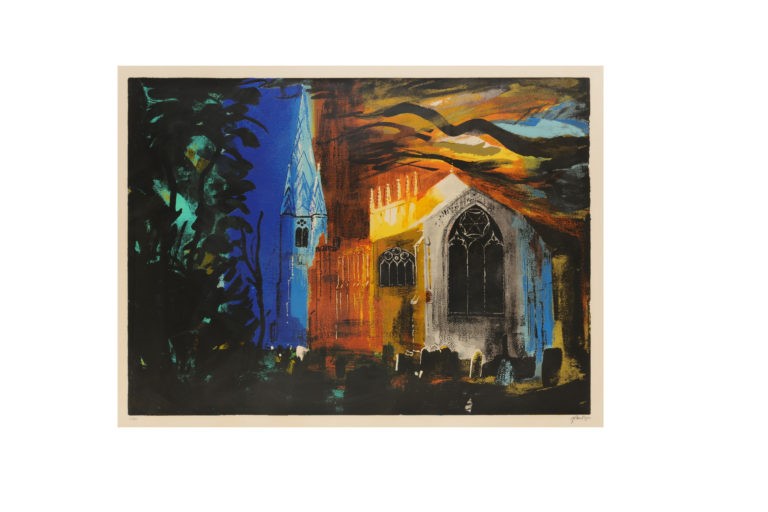 A fine balance of energy and structure in Long Sutton makes for a particularly vibrant composition. It is the masterful use of bold colours and strong contrasts when depicting Britain’s landmarks and churches that have made John Piper’s art timelessly popular. 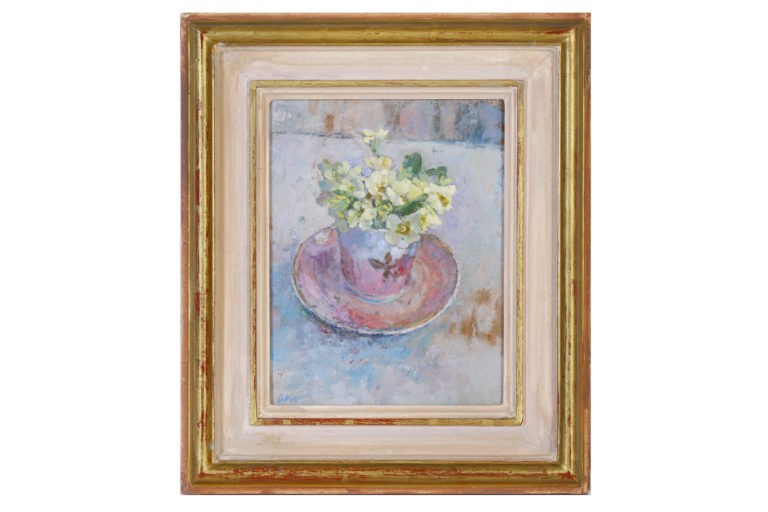 A renowned Royal Academician, Diana Armfield’s aim as an artist has been to paint subjects that enhance life and express intimacy. Primroses in the cup from Market-Drayton is a harmony of colours and movement of light, a celebration of the little things in life. 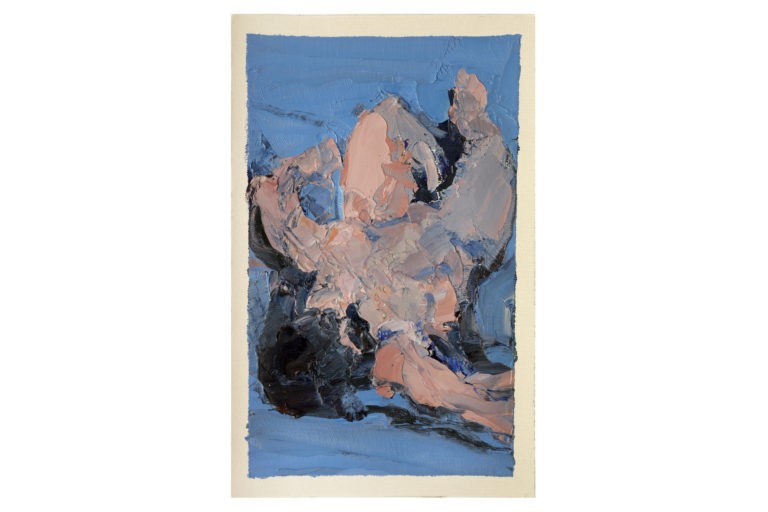 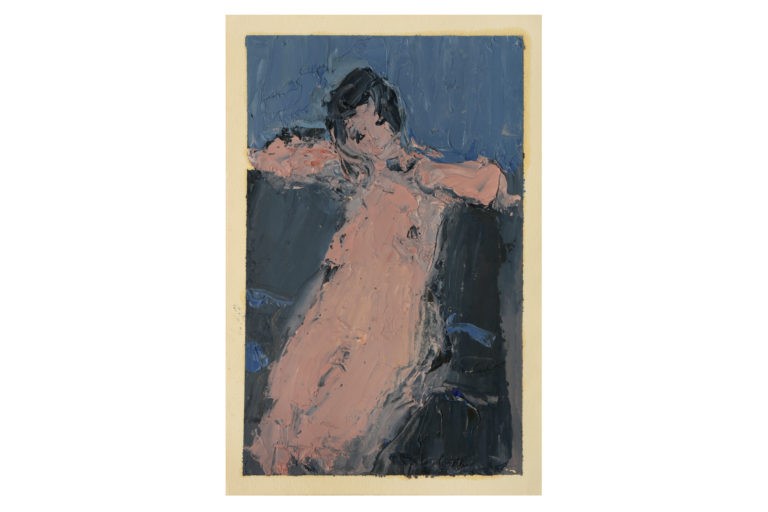 A long-time Chiswick resident at St Peter’s Wharf, Bernard Myers’ talent for capturing a moment is exquisitely demonstrated by the fast strokes of the palette knife that define his figures. These elegant paintings would enrich any interior. 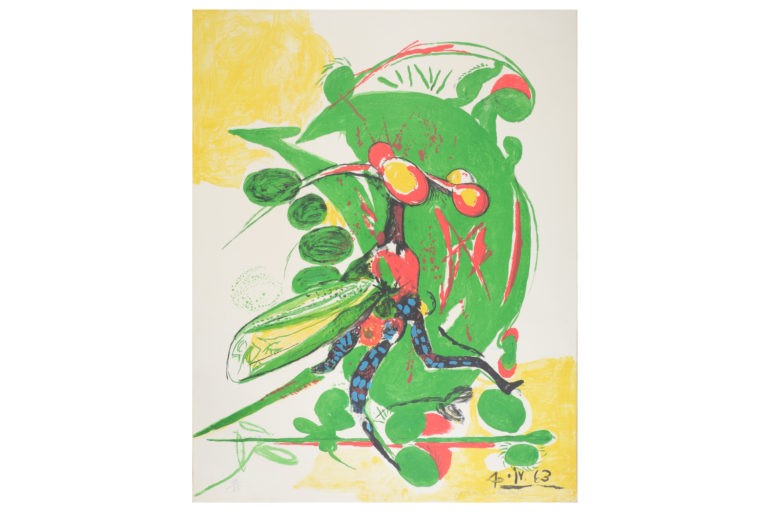 Insects began to appear in Sutherland’s works after his move to the South of France in the late 1940s and they remained a subject that piqued his curiosity for the rest of his life. The bold colours and almost abstracted representation are typical of his work and his widely recognisable style confirms him as one of the leading British artists of the 20th century. 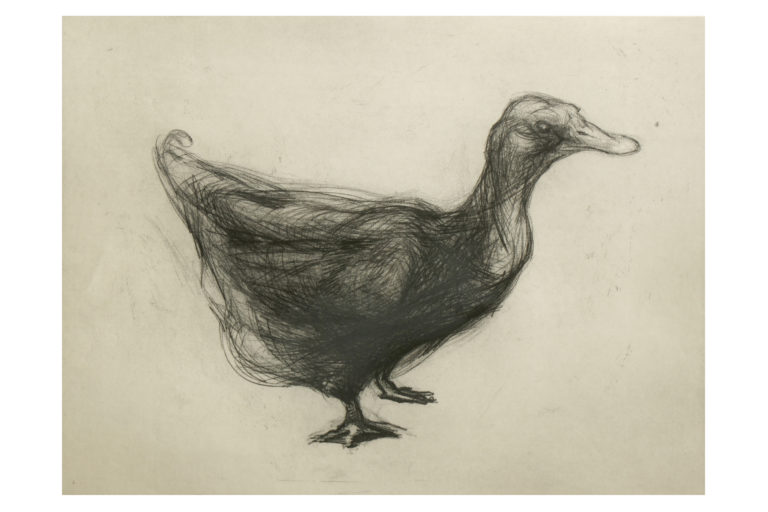 Animals are at the heart of Nicola Hick’s output and the use of dynamic lines imbue her works with life. Hicks’s work was patronised early by Dame Elizabeth Frink, among others, and her success and popularity were reflected in numerous solo shows, including at the Venice Biennale.

One of the pioneers of British Modernism, John Cecil Stephenson exhibited together with the Seven & Five Society, along with the likes of Ben and Winifred Nicholson, Ivon Hitchens, Henry Moore, Barbara Hepworth and John Piper.  In the ‘40s he was working mostly on small sketches due to lack of materials during and shortly after the end of the War. 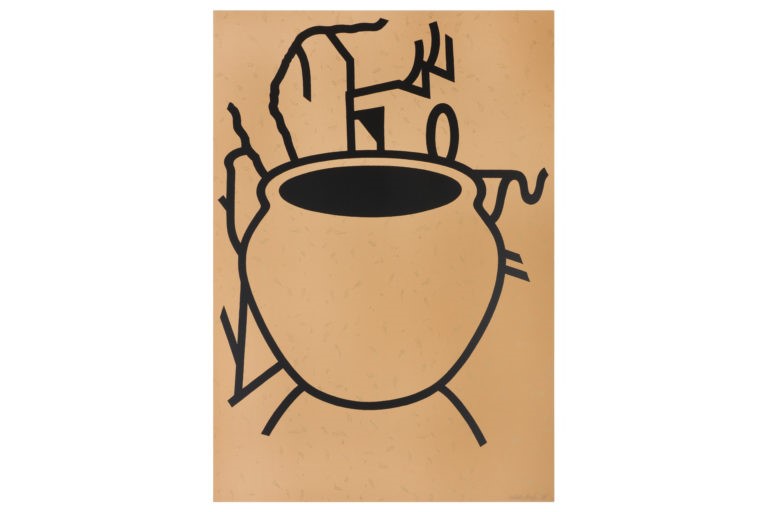 Born in Acton, not far from Chiswick Auctions’ sale room, Patrick Caulfield’s recognisable style of thick black outlines has influenced many other contemporary artists such as Michael Craig-Martin and Julian Opie. Fern Pot’s texture imitates hand-made paper and is a fine example of the artist’s output in the beginning of the 80s. 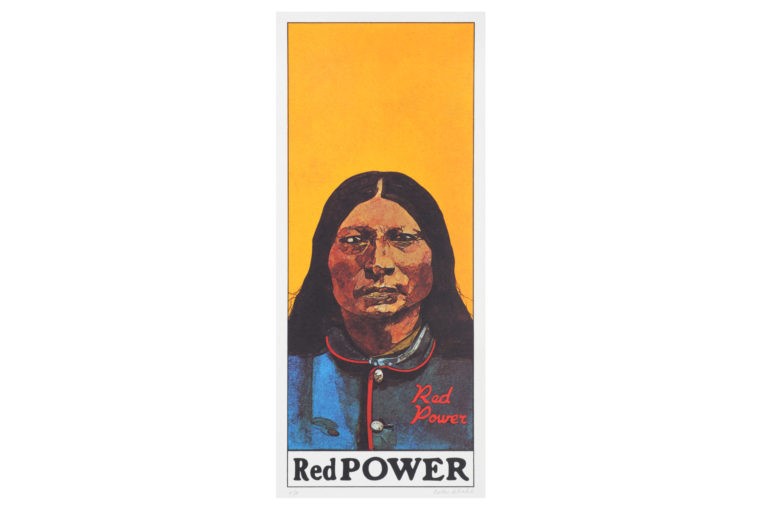 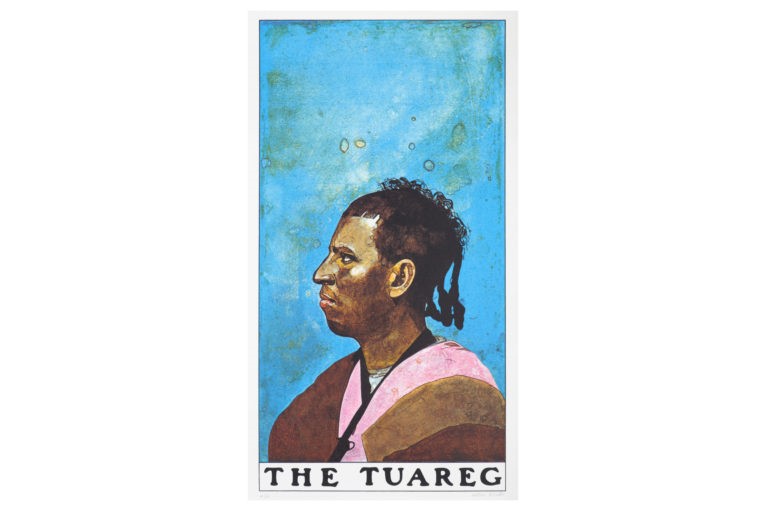 Celebrated for the sleeve design for The Beatles’ album Sgt. Pepper’s Lonely Hearts Club Band, Sir Peter Blake is one of the leading and best known British pop artists. Red Power and The Tuareg are part of the Wrestler series that consists of imaginary national types of wrestler from the 1970s. 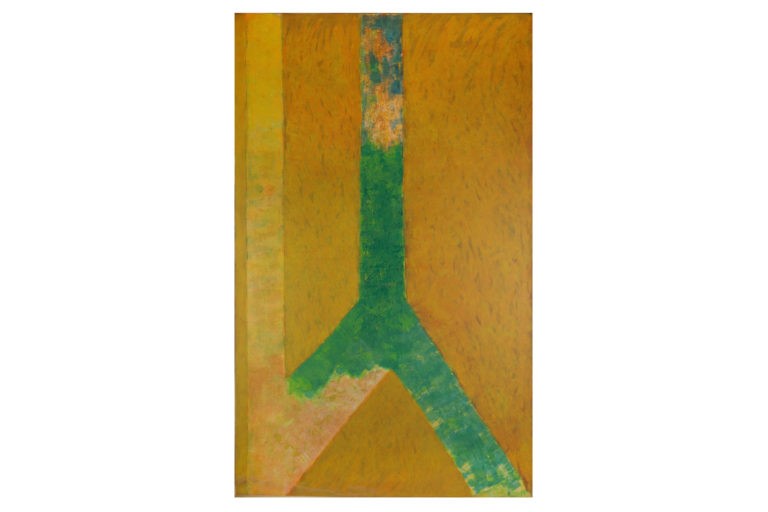 John Edwards’ Rough Cut is made for a large space; its bright colours and nuanced layers occupy one’s attention and becomes the central point of any interior it inhabits. Edwards’ secondary market has not yet reflected his strength as an artist which makes his works in this auction widely affordable. 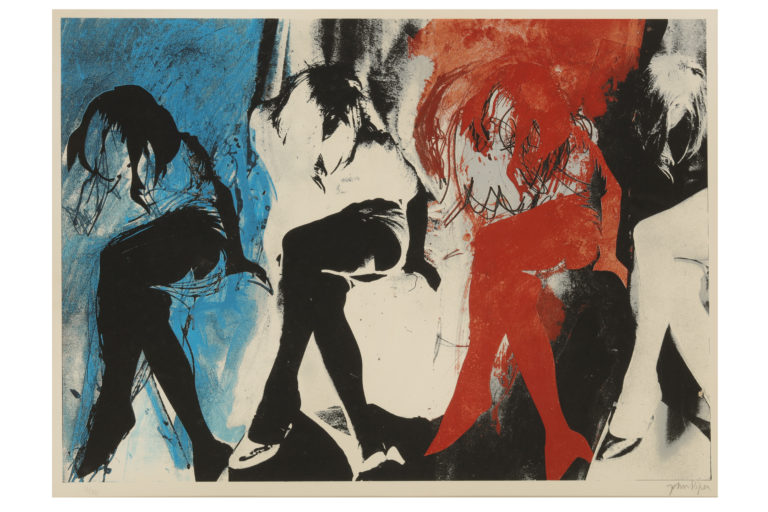 In the late 70s and early 80s, John Piper experimented with prints based on photographs of his wife, Myfanwy. Eye and Camera provides an exciting insight into another side of Piper’s output as an artist. 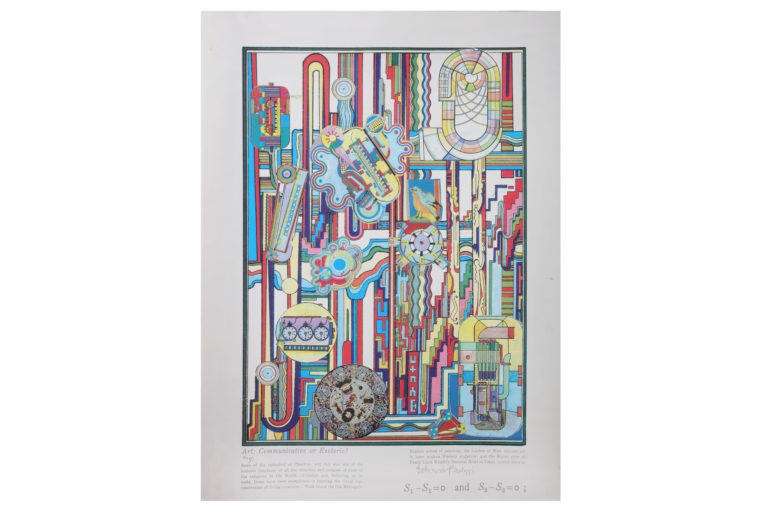 Scattered around London, Sir Eduardo Paolozzi public works include his mosaic in the Tottenham Court Road Station and his sculptures at both the British Library and Design Museum, making him one of Britain's most widely seen artist. A pioneer of Pop Art, a celebrated print maker and influential teacher; Turing 7 makes a great collectable piece for fans of Paolozzi.

Victor Pasmore was a celebrated figurative artist before he abandoned the style in favour of abstraction in 1947. So sudden was this event that the highly influential art critic of the time, Sir Herbert Read, called this ‘the most revolutionary event in post-war British art’. Both in his paintings and in his prints, it is the compositional structure that draws the viewer in. In The Paradox there is a particular rhythm between the wandering lines and the colour blocks that creates a balanced tension. The work’s small scale allows for easy house space.