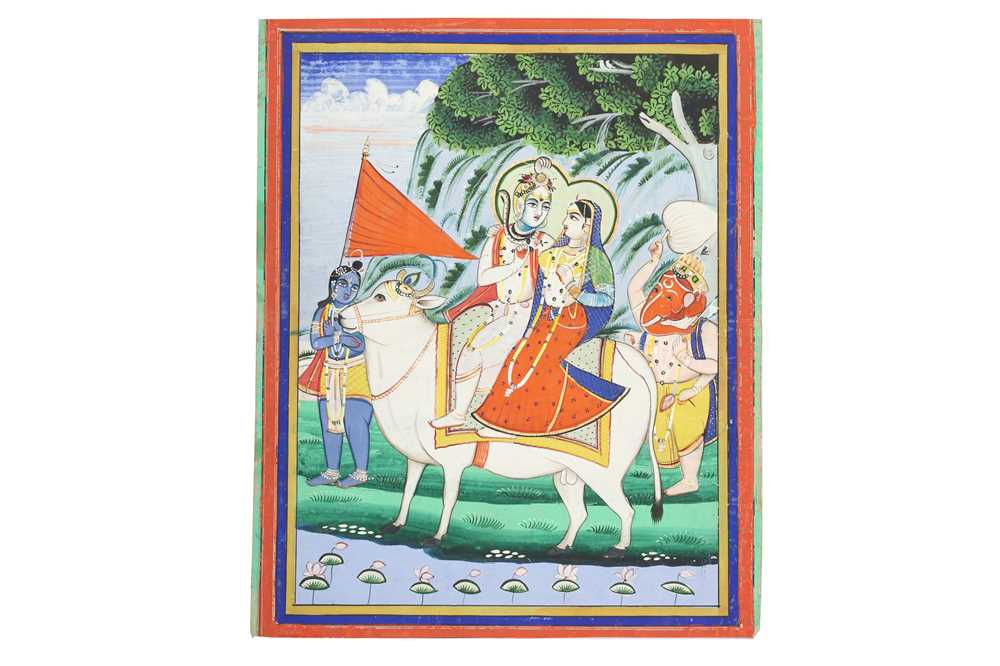 Opaque pigments heightened with gold on paper, the large vertical composition depicting the Hindu holy family of Lord Shiva, the God and his consort Parvati seated on the back of Shiva's vahana Nandi the Bull, standing on the right the elephant-headed God Ganesha with a fly-whisk, and on the left the God Kartikeya / Skanda with a large orange flag, both of them sons of Shiva and Parvati, the scene set within black and white rules, and concentric yellow, cobalt blue and bright red borders, the recto backed with an upside-down railway passenger ledger dated 1881, featuring an old inventory sticker of S. J. Tellery & Co. Dealers in Indian Curious, Delhi, no. 45, 48.7cm x 40cm.