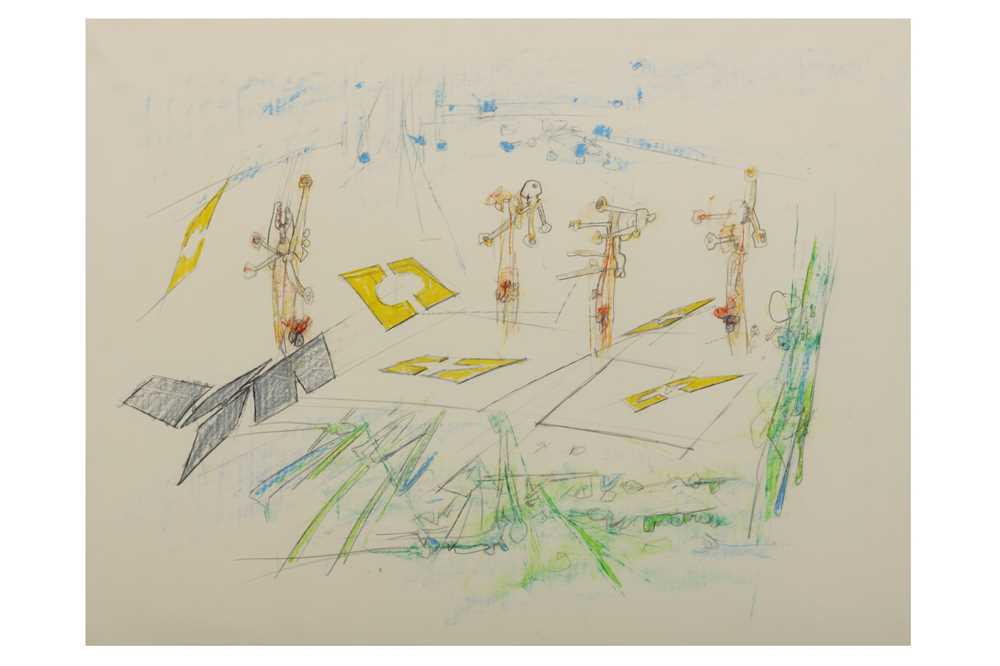 Executed in 1959, this work is accompanied by a certificate of authenticity from the Archives de l'oeuvre de Matta.

‘If we admit that we are entering a new world in which there are laws that we do not understand,’ Matta once reasoned, ‘in such a world it is the task of the poet and the artist to represent this new physics where we must now live and which is revolutionary’ (Matta, quoted in Roberto Matta: Paintings and Drawings, 1937-1959, exh. cat., Los Angeles, 1997, n.p.).

Matta originally trained as an architect, and in 1935 worked as a draftsman in Le Corbusier's atelier in Paris. In 1936 Matta began his Surrealist drawing and he produced a body of work that Onslow Ford described as 'the most extraordinary landscapes, full of maltreated nudes, strange architecture and vegetation.' These drawings led to Matta's invitation by André Breton to participate in the Exposition Internationale du Surréalism in Paris in 1938. These early works reflected a deep understanding of the Surrealist objective, in which Matta depicted unseen realities from the world of dreams.The artist was deeply influenced by Breton and Surrealist artists such as Duchamp, going onto successfully adopt the Surrealist technique of automatism. As Matta had no formal artistic training he could give himself entirely to the Surrealist techniques, while his training as an architect gave him a superior understanding of spatial renderings.

By the 1950s, Matta shifted his attention towards social morphologies and the human condition within the external world. Matta's works from this time were intended to challenge viewers and address the issues raised by the imapct of technology on the human experience. Composition aux quatre Personnages is reflective of the artist's abstract style during this time, including geometric shapes, with swirling lines, alongside his signature biomorphic figures.