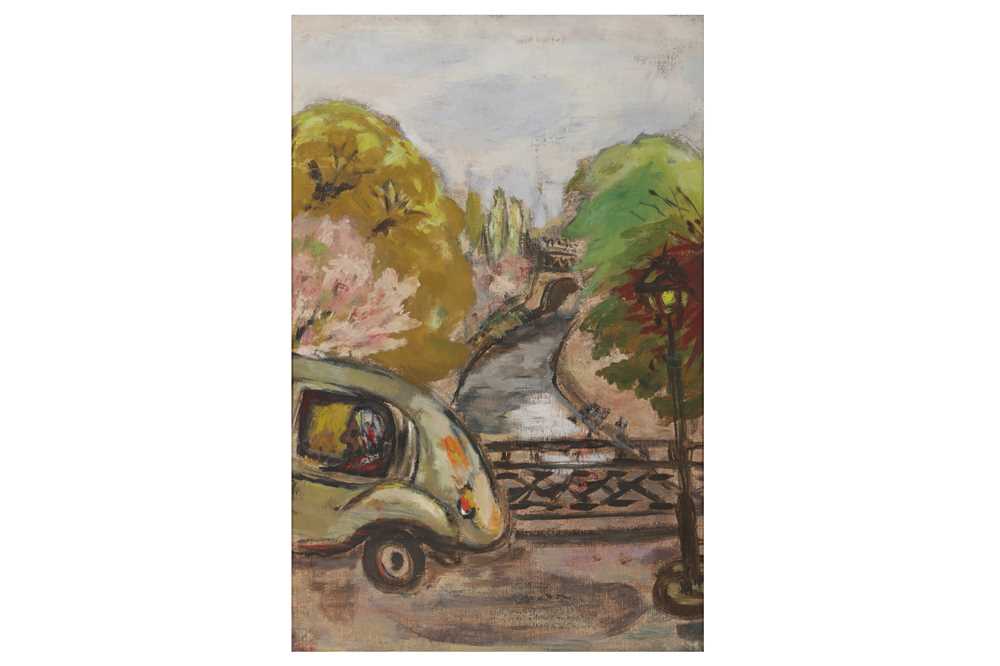 Painted in 1952, four years after Marie-Louise had moved from Amersham to London to live at 14 Compayne Gardens in Hampstead. The view from Macclesfield Bridge on the northern border of Regent's Park is not entirely accurate, as the form of Primrose Hill Bridge in the distance is not actually in sight when seen from this view point.

Marie-Louise had first been attracted to the subject of Regent's Park a year earlier, when she painted two elegant ladies walking in front of a capriccio view of John Nash's fine classical terraces (Schlenker no. 108; sale, Chiswick Auctions, 4th December 2020, lot 826). A year on it is an apparently turbaned gentleman in a small yellow car that grabs our attention. Twenty-five years later the artist reprised the present view in a second rendition of a view from Macclesfield bridge, minus the car and passenger, but with the aviary at London Zoo added in the background (see Schlenker no. 286; sale, Chiswick Auctions, 23rd March 2021, lot 333).

That Marie-Louise took liberties with the views that she painted reflects the poetry of her aesthetic. As with so many of Marie-Louise's compositions, verisimilitude was not especially her priority. Rather it was her associations with people and places that she treasured and celebrated in her work.