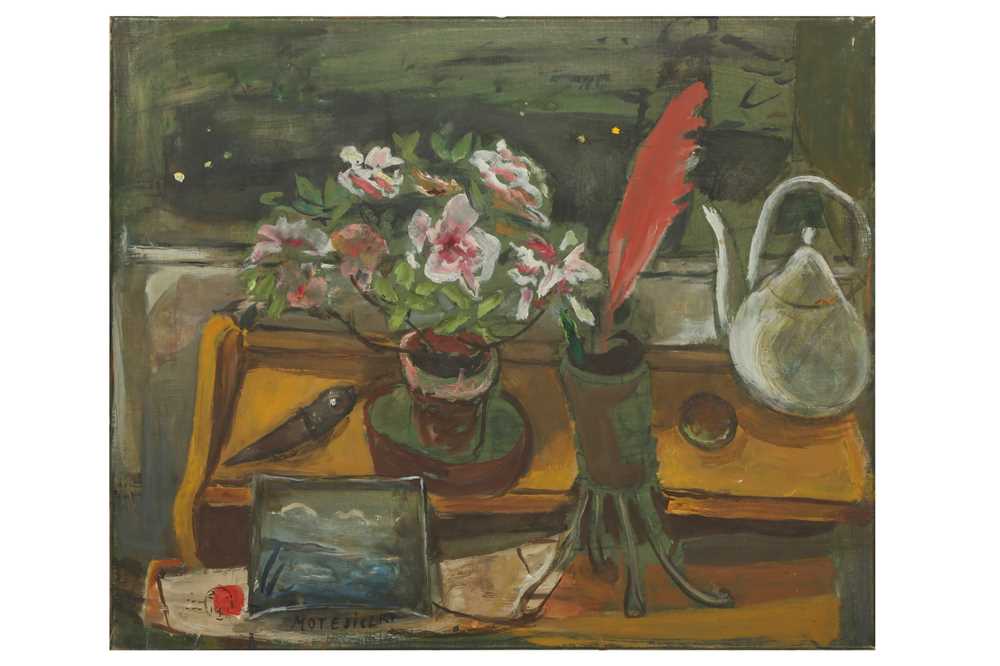 Painted in the 1960s, according to Ines Schlenker the view from the window resembles that from the artist's living room on the first floor at Chesterford Gardens in Hampstead (Schlenker p. 399), the house into which she moved with her mother in 1960. Depicted are a selection of personal items on the painter's writing desk, placed next to a window that gives a view of the night sky, punctuated by lights from the windows of surrounding houses. On the upper shelf of the writing desk is a letter opener, a small potted pink azalea and a white teapot. The writing surface beneath displays a striking red quill and a green pencil in a container on an elaborate four-legged stand, a selection of the artist's correspondence, including an envelope with a red post-marked stamp, and a postcard of a lake and mountains under a cloudy sky.