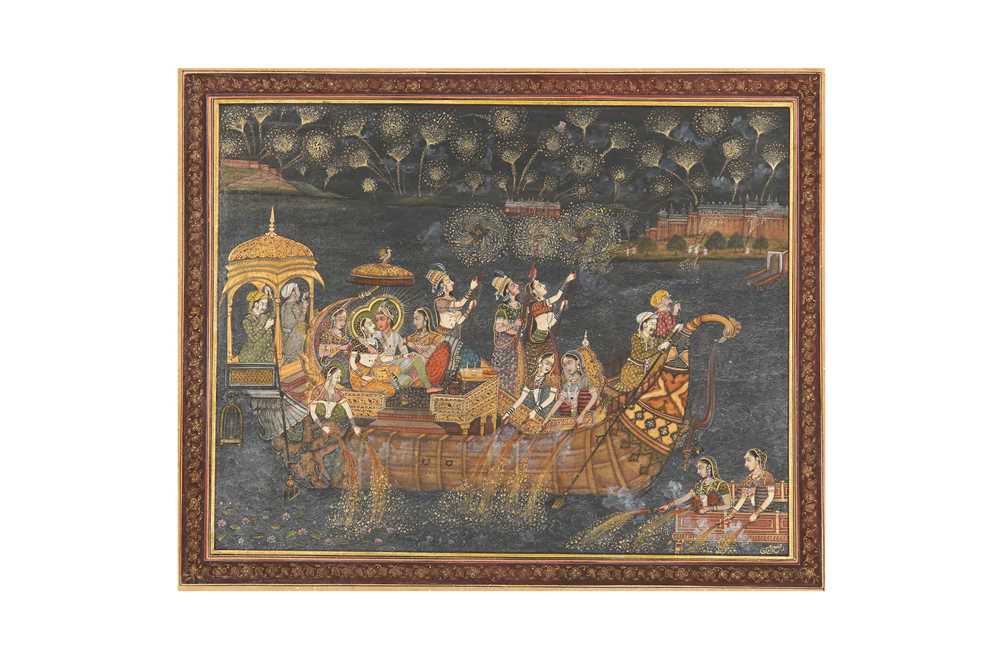 Opaque pigments heightened with gold on buff cardboard, the large horizontal composition depicting a fireworks display during the celebrations for the Hindu Festival of Lights, Diwali, in the foreground a large royal barge sailing through the tranquil night waters livened by the excitement of several courtly ladies lighting flares and pinwheels, to the left a haloed prince seated next to his favourite courtesan, smoking a huqqa and drinking wine from a small cup passed to him by another courtesan, two men in the stern and two in the bow propelling the barge with long wooden barge poles, two ladies on a balcony in the lower right corner, the night sky lit by the great sparkle and flames produced by the fireworks thrown from different forts depicted in the background, the scene set within concentric polychrome-painted rules and gilt borders, a golden signature on the lower right corner reading Rafi Al-Din, 56cm x 71cm.