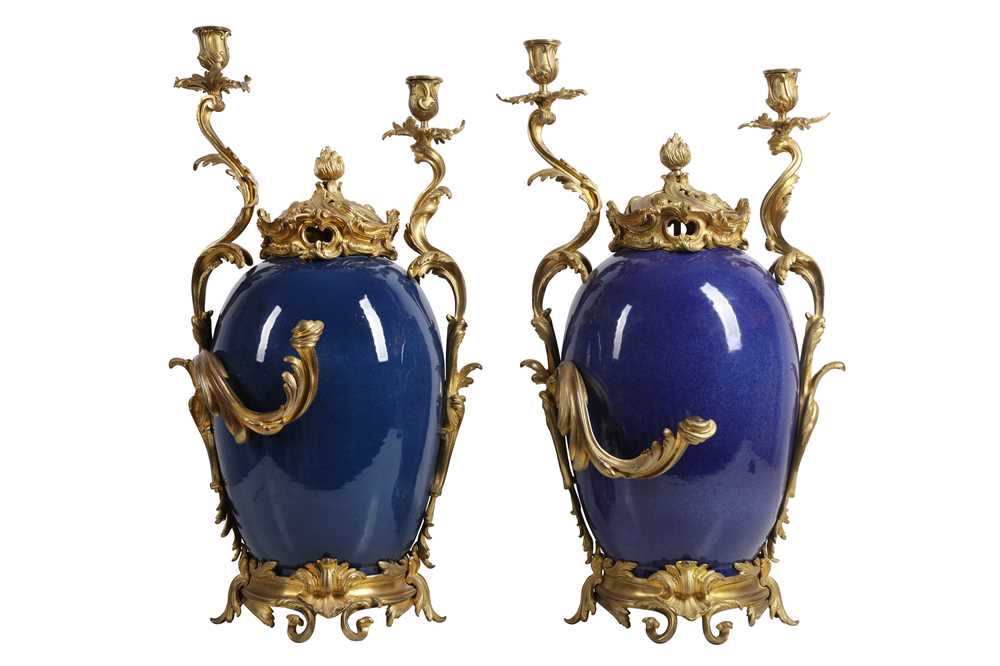 Please note - the Chinese porcelain vases are not an exact pair, one is slightly smaller than the other and a slightly different colour.

Property from an English Private Collection.

These impressive and ornate vase candelabra feature mounts of exceptional quality which can only have been produced by one of the renowned Parisian bronziers working in the second half of the 19th century, such as Maison Millet or Henri Picard.