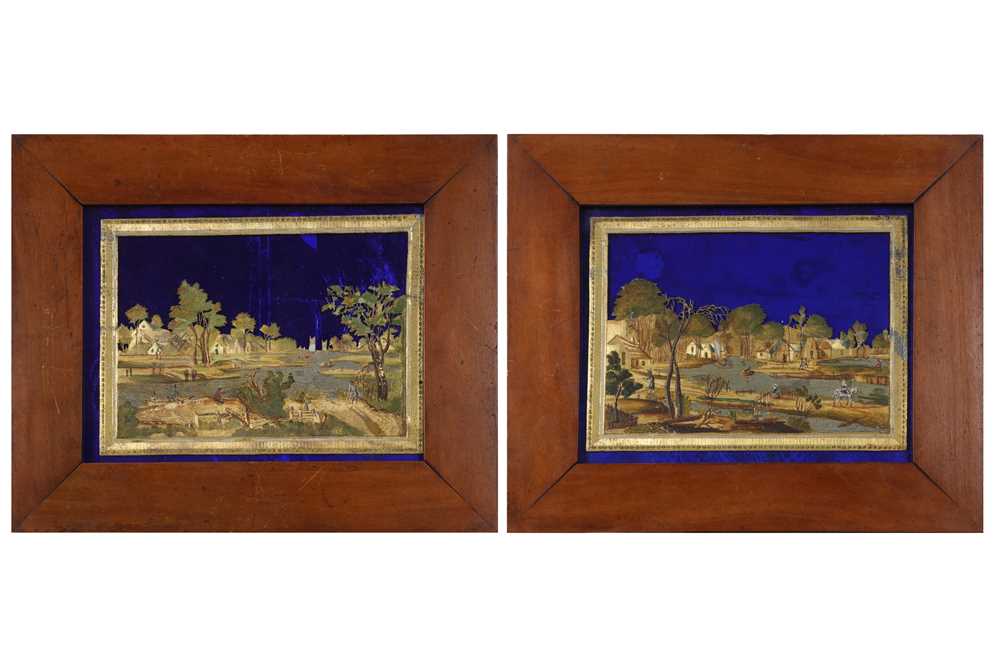 Famed for his jewel like pictures, Compigne depicted castles, town views and landscapes created in gold, silver and various coloured varnishes on a pewter and glass ground. Originally from Italy, Compigné worked in Rue Grenetta, Paris at the 'Roi David'.

Thomas Compigne's shop was at Rue Grenetta, Paris, in the cabinetmakers' quarters; which was useful for sourcing the finest materials for his works, which included ivory, tortoiseshell, exotic woods, paintings, gold and silver. He produced decorative works of art and exquisite objects such as snuff boxes, canes and games boxes, but became famous for his relief panels painted in coloured varnishes on a background of gold or as in the present lot, silver. His unique style drew clients from far and wide who marvelled as the beautiful objects and speculated as to how he had produced them. In 1773 he presented the King with views of his hunting lodge Saint-Hubert, and we can therefore speculate that the pair of panels that Compigne produced depicting the Chateau de Choisy, another royal residence favoured by the King, may also have been made as a royal commission. Related Literature: Exhibition Catalogue 'Compignee, Painter and Roy's Tabletier', Fragonard Museum, Grasse, June-July 1991 A. Semail, 'These delicate masterpieces of tableting in the 18th century, The Compignés', Pleasures of France, March 1975, p. 25 to 31.