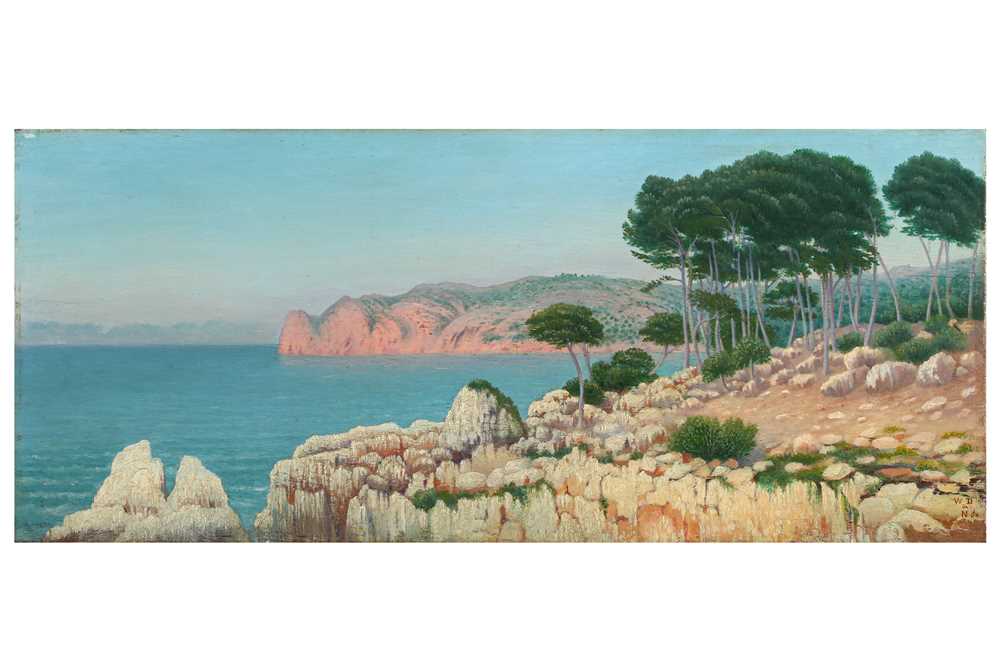 Degouve spent two and a half years in Mallorca, arriving in August 1899, and painted some of his most expansive and colourful landscapes there. Basing himself in the north of the island, he was especially attracted to the island’s dramatic coast line. In the present work, painted in the summer of 1900, Degouve captured the extraordinary pink and white rock limestone formations to be found at Cala San Vicente. In the composition the distinctive rocks emerge majestically from a gloriously placid and inviting sea, while young cedars cling tenaciously to the bare ground above.

During his time in Mallorca Degouve de Nuncques struck up close ties with some of the leading Catalan artists of the day, including Santiago Rusiñol and Joaquím Mir. Mir in particular shared Degouve’s love of the area and he, like Degouve, painted some of his most significant works there. Degouve’s friendship with Rusiñol, Mir and other artists from Barcelona ensured a lively dialogue of ideas and exchanges of paintings between Spanish and Belgian artists in the years thereafter.