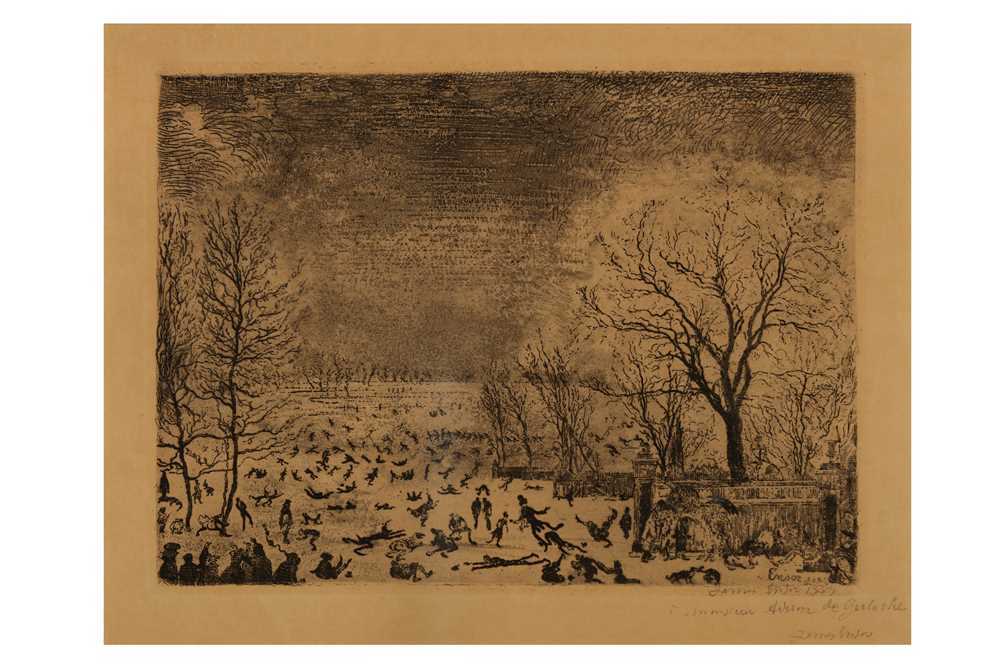 PROVENANCE:
Baron Adrien Victor Joseph de Gerlache de Gomery (acquired from the artist)
Thence by descent to the present owner, grandson of the above

A keen sailor and seaman from his teenage years, Baron de Gerlache de Gomery (1866-1934) made his reputation as an explorer of Antarctica, leading the Belgian expedition to the South Pole of 1897-99. Setting sail in August 1897 for Antarctica in the Belgica, a converted Norwegian whaling ship, he passed by Graham Land in January 1898, naming the waters between the Island and the archipelago to the west Belgica Strait - later renamed Gerlache Strait in his honour and crossed the Antarctic Circle on 15th February 1898. By the end of the month, however, the boat had become trapped in the ice off Peter Island, forcing de Gerlache and his crew to spend the winter there. From mid-May to late July they experienced total darkness, and there followed another seven months of intense hardship as they attempted to free the ship from their frozen surrounds. Finally, a full year later, in mid-February 1899 they cleared a channel, and by mid-March were ice free. The expedition returned to Antwerp on 5 November 1899. In 1901 de Gerlache published a book on the expedition: Quinze Mois dans l'Antarctique.