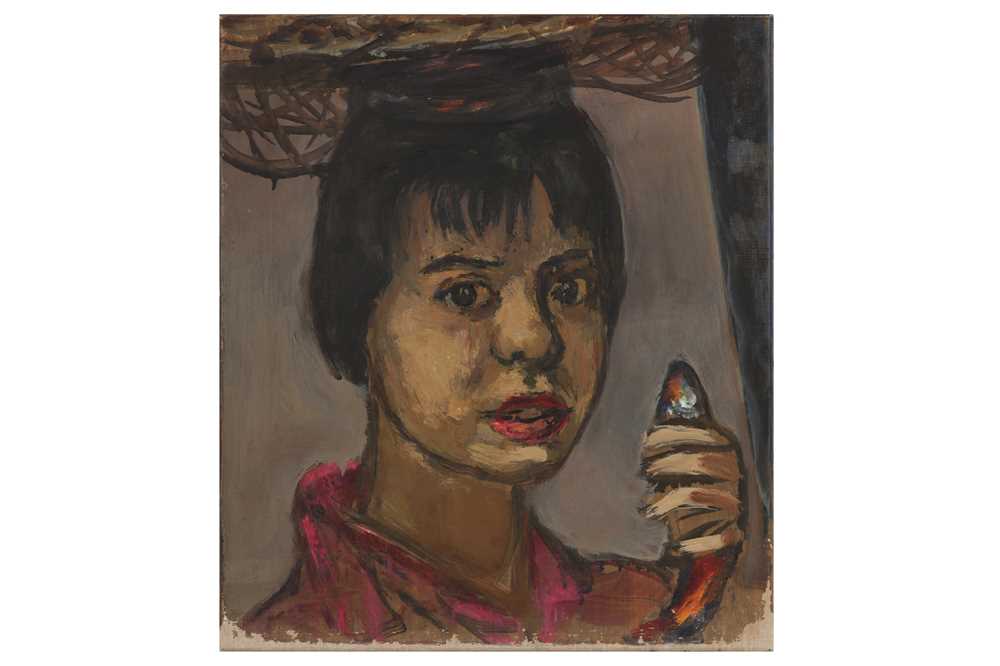 Painted in the 1960s the theme of Woman holding a Fish had been addressed by Beckmann on a much larger scale some thirty years before. In the German painter’s canvases big figures with blank expressions holding over-sized fish fill large canvases. In Marie-Louise’s hands the composition is much more focused: the head of a startlingly fresh-faced girl with bright eyes and gamin good looks, occupies a modest canvas as she grasps in her hand a single, limp, possibly dead, diminutive fish. While Beckmann's compositions suggest male strength and sexual prowess, in the present work power is clearly in the hands of the woman. As with so many of Marie-Louise’s compositions the underlying message, and for whom it is intended, is oblique.