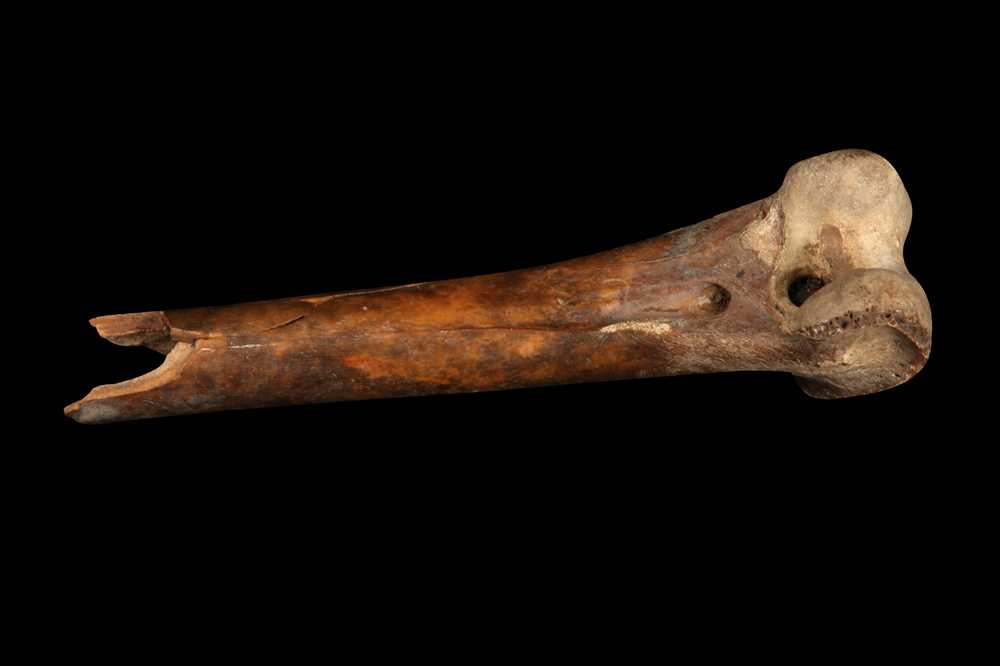 "My life as a collector has taken me to strange and faraway places and I have sometimes been blessed with luck, the sort of luck that perseverance sometimes brings. In the 2000's I visited a grand house in Suffolk to view a spectacular collection, and in a nineteenth century collector's cabinet I came across a small group of dodo bones – to my knowledge none had come on the open market since 1934 and as far as I have been able to establish only a tiny handful of private collectors – perhaps less than ten worldwide, own one. I bought all five and they are truly one of the greatest treasures I have ever or will ever own. One I sold to a client, one I swapped for something spectacular, one I sold with Christies and it is a great personal wrench to sell this one – but needs must, the last will remain in the museum’s collection forever."

The other Dodo bone that Wynd refers to, that was bought from the same private collection, was sold at Christie's, London, 24 April, 2013, lot 47, sold £8125. At the time Christie's stated:

"This is believed to be the first dodo bone to come to auction since 1934. This exciting discovery is one of the few pieces of dodo material in private hands, and it is a privilege, and humbling experience, to have been entrusted with the bone. It is a reminder of the effect humans have on the natural world, and presents a rare opportunity to engage with this now lost and most enigmatic bird.”