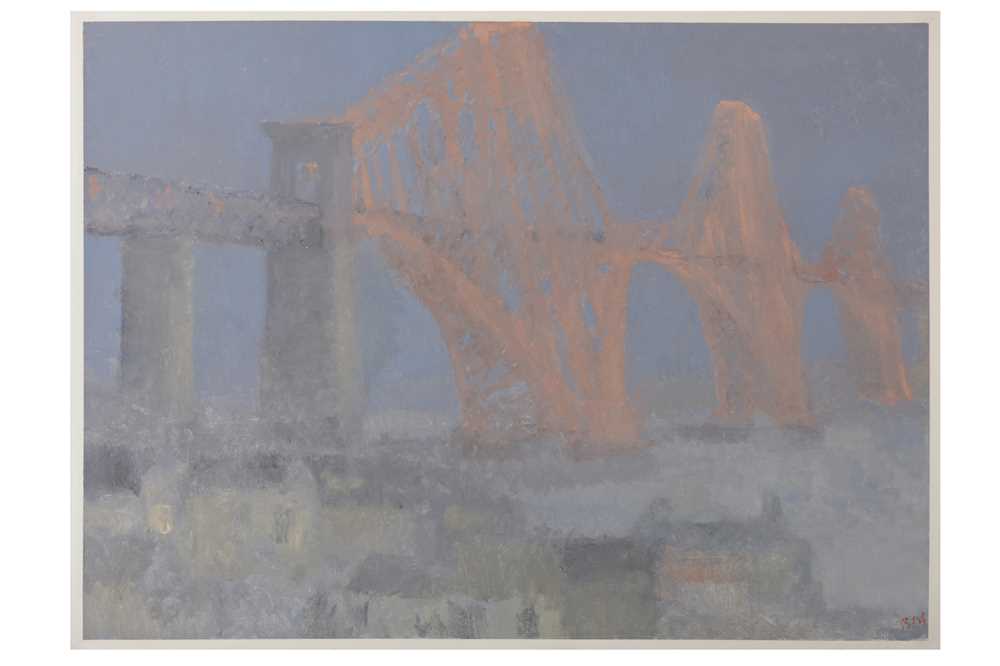 The Forth Bridge, the railway bridge crossing the Firth of Forth to the west of Edinburgh, was designed by Sir John Fowler and Sir Benjamin Baker. Construction began in 1882, and the bridge was opened in 1890 by the Duke of Rothesay (the future King Edward VII). When built, it had the longest single cantilever bridge span in the world, and is still the second longest. In 2015 it was designated a World Heritage Site by UNESCO.

Myers' became the RCA's first Professor of Industrial Design, setting up the foundation course combining industrial design with engineering in conjunction with neighbouring Imperial College in 1961. Myers' keen interest in what he taught appears again and again in his paintings, notably in his fascination with bridges.