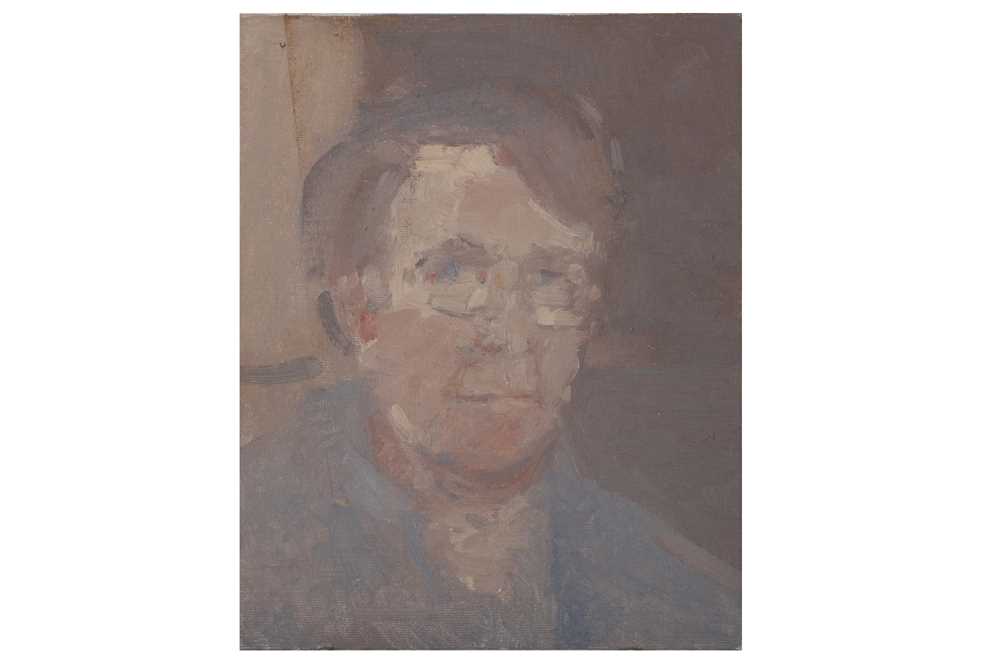 This work is number 0376 in the Bernard Myers Archives

After wartime service in industry and as aircrew in the RAF (1943-47), Bernard Myers studied painting at St Martin's School of Art, Camberwell College of Arts and Crafts and the Royal College of Art. Thereafter he combined a celebrated career as a painter and a teacher of industrial design, becoming the RCA's first professor of Design Education and then in his later years professor and head of Design Technology at Brunel University.

As a teacher Bernard's immense achievements were eloquently summarised by the Dean of the RCA when he was awarded an honorary fellowship by the College in 1980, saying Bernard '...must without doubt be the most versatile graduate ever to emerge from our Painting School. Since joining the College staff in 1961 he has been, by virtue of an encyclopaedic knowledge which comfortably bestrides the boundaries between the humane and the technological, and of his superlative gifts as a teacher, in demand by nearly every School and department within the College, to say nothing of our scientific friends down the road [Imperial College, with whom Bernard collaborated].' James Dyson, a former student treasured Bernard's excellent advice, remembering him as 'cheerful, irrepressible [and] rather dapper... with a tweed suit and bowtie.'

In the 1980s Bernard was key in the rationalisation of art schools across London into the London Institute, for which he acted as a governor. In 2004, when it became the University of the Arts, London, his contribution was honoured by a hall of residence at Camberwell being named after him. A trustee of the Dulwich Picture Gallery for several years, Bernard also authored a number of books, including two on Francisco Goya; one on Claude Monet; Sculpture: Form and Method and How to Look at Art; he also co-edited The Macmillan Encyclopaedia of Art.

In his early years Bernard's painting commissions included murals for the Golden Arrow bar at the Grosvenor Hotel, Victoria; the Coconut Grove nightclub; The Observer film exhibition; the National Maritime Museum and posters for British Rail. But overtime Bernard's great standing as a painter: his love of materials, his fascination in exploring diverse techniques, and his sensitivity towards his subject matter - whether describing the wonders of nature or great feats of engineering - became evident in the numerous exhibitions in which his work was featured over close to forty years. These included solo exhibitions at Madeleine Ponsonby's New Art Centre off Sloane Square between 1969 and '79 (four); at the Nevill Gallery in both Bath and Canterbury between 1981-2006 (eight); with the New Grafton Gallery, Barnes from 1980-2007 (five); with the Bohun Gallery, Henley-on-Thames from 1985-87 (three); at Salisbury Playhouse Gallery in 1982 and 1988 (two); at Austin Desmond Fine Art, London in 1991 and at Kunika-Chemould Gallery New Delhi in 1970. His work was also featured in a wide variety of group shows, and sold through CCA Galleries in Berkeley Square, the Medici Society on Dover Street and the Curwen Press (lithographs), as well as through outlets abroad including in Hong Kong, South Africa and Portugal.