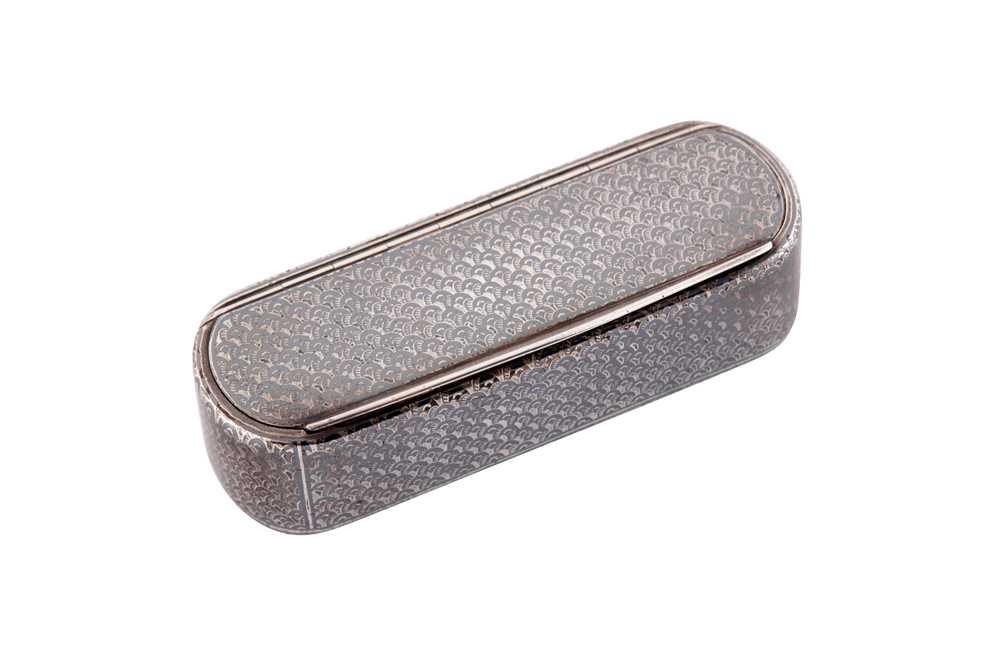 of oblong form, with a flush lid and a plain simple thumbpiece. All over decorated with a tessellated feathered pattern. Gilt interior. Marked to lid bezel.

Stylistically and through it's construction this box is decidedly French in appearance and form dating it to the mid-19th century, the later marks do not use the import mark used in Sweden between 1812-1988 and it may therefore be the assaying of an unmarked item for later retail.

Gustaf Möllenborg (1796-1851) became an apprentice to a silversmith in Växjö at the age of 13, before moving to Stockholmin 1819. He became a master silversmith in 1823, at the age of 26. Möllenborg’s workshop expanded rapidly and had over 40 employees by the 1840s, making it Sweden’s biggest producer of decorative works in gold and silver. In 1850, the year before his death, Möllenborg passed his business on to one of his journeymen and the company continued until 1927, when the contents of the workshop were donated to Nordiska Museet.