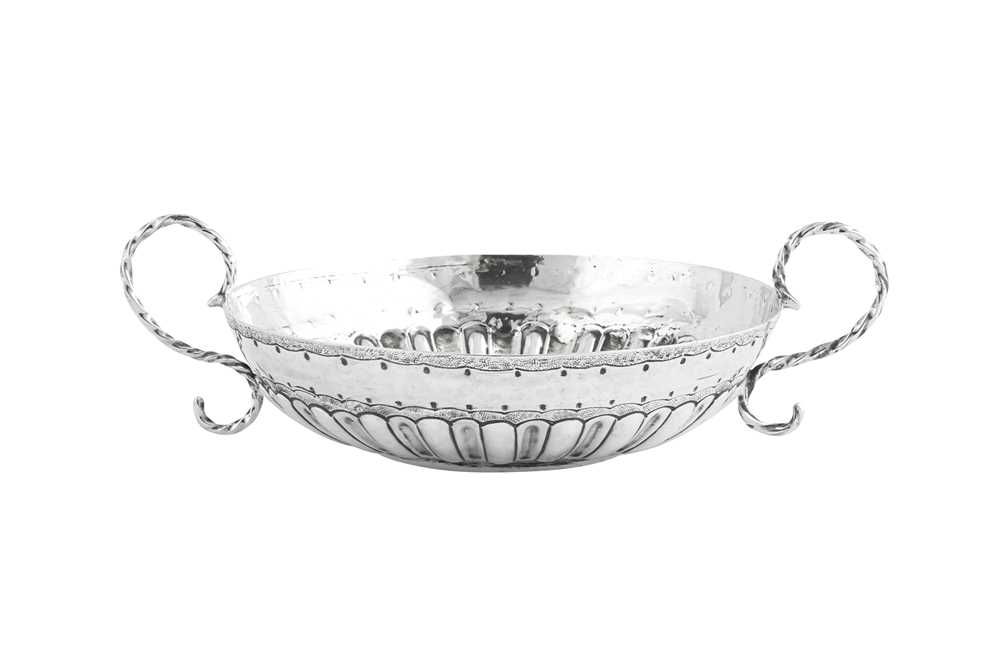 This mark is given a very strong probable attribution to Thomas King in Mitchell, D., Silversmiths in Elizabethan and Stuart London: their lives and their marks, Woodbridge: Boydell Press, 2017, p.541, as the only plate worker candidate with these initials.

King was apprenticed to plateworker William Mouse from 1649, free on 1st Nov 1657. His brother John was apprenticed to spoon maker William Cary and free in 1660 where upon he registered a most similar mark to his brother Thomas. He married in 1662 to Mary where his is listed at St Mary Staining, he is known to have received compensation in 1666 for two tankards made by other makers for being of lower than sterling, he got £10 initially, then a further 12s 3d a year later. In 1662 he had six hearths for the Hearth tax, thus it shows that it was an enterprise of quite some standing, he took on seven apprentices with a further one turned over to him. According to his probate of 22nd February 1681 he lived in a four-storey house with a cellar in Foster Lane consisting of the shop and kitchen on the ground floor at an annual rent of £30 per annum, noted by Mitchel as being much more than many plateworkers at the time at £5 or £10 in comparison.

Upon his death in early 1681 his widow Mary continued the business registering her mark in the 1682 mark plate. Given this and the absence of another piece dated 1680 in the list of known items, the date letter of 1680 is the last that a piece by King should be found with.

Other Silver by King:

A wine taster of 1669 (Private Collection)

A tankard of 1678 (Christ’s College, Cambridge)