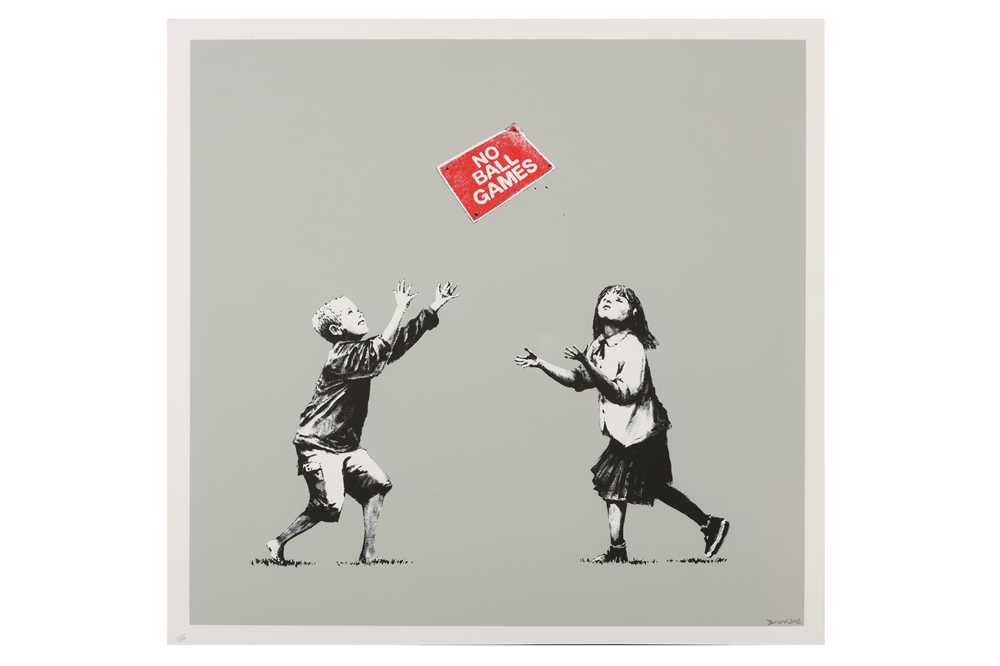 No Ball Games shows Banksy, as he often does, provocatively positioning himself against authority while criticising socio-political norms. He frequently uses children in his pieces as they act as a symbol of innocence, purity and vulnerability, not yet tainted by this world’s evils. He juxtaposes this fragile virtue against a backdrop of oppression and fear. In this piece, the children still are at play despite the sign instructing them otherwise. In fact, they are playing with the sign itself, mocking the oppressive words of authority. In so doing, Banksy is challenging those in power and the institutions that govern the daily lives of the people.

No Ball Games first appeared on canvas 2006 at the artist’s exhibition Barely Legal, which took place in a warehouse in downtown LA. Three years later, Banksy reproduced the piece as a spraypainted mural in Tottenham, North London on a shop wall. In 2009 Banksy released 250 signed green, 250 signed grey No Ball Games prints as part of Pictures on Walls’ Christmas show, Fiesta Resistance.