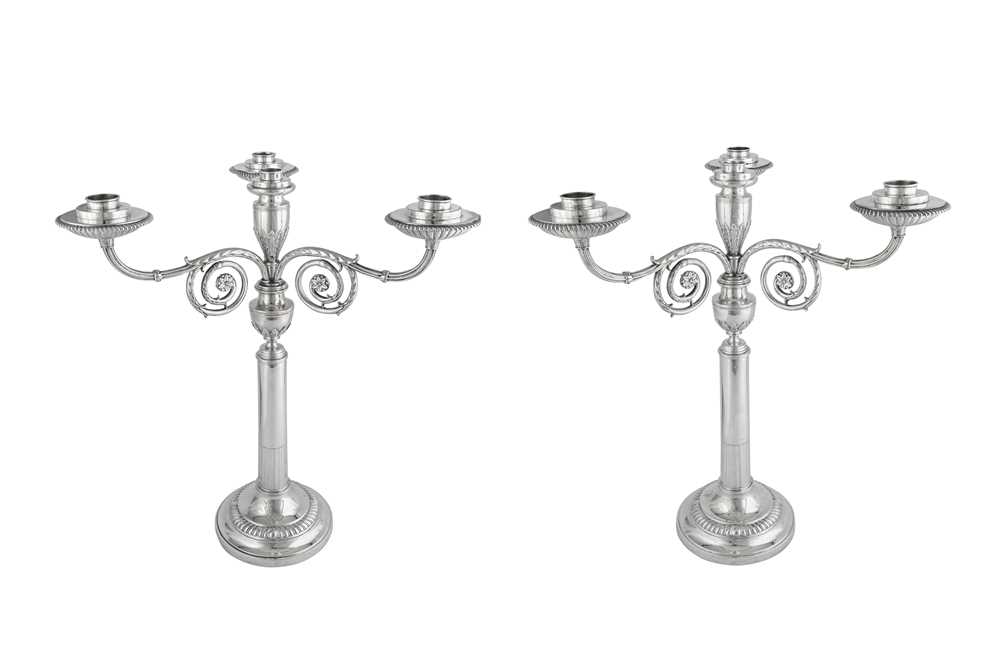 The domed cavetto circular bases with a gadrooned section leading to a quarter fluted cylindrical column topped by a stepped section below a leaf capped urn form knop. Thence with removable trifurcated branches of three leaf capped bifurcated scroll arms, the coiled undersides centred with a rosette. Each arm terminating in a broad circular sconce with fluted rounded underside and a stepped interior. The central section with a lead capped urn topped with a similar stepped capital. Herringbone rims throughout. The hollow bases engraved with a quartered coat of arms with a cadency mark for a second son impaling another. The bases and the branch section engraved with out of a circlet of pales ermine, a cubit arm erect habited indented, holding a paper scroll. Fully marked to bases and part-marked to each scrolling section. (2)

The crest is slight variant for Scott