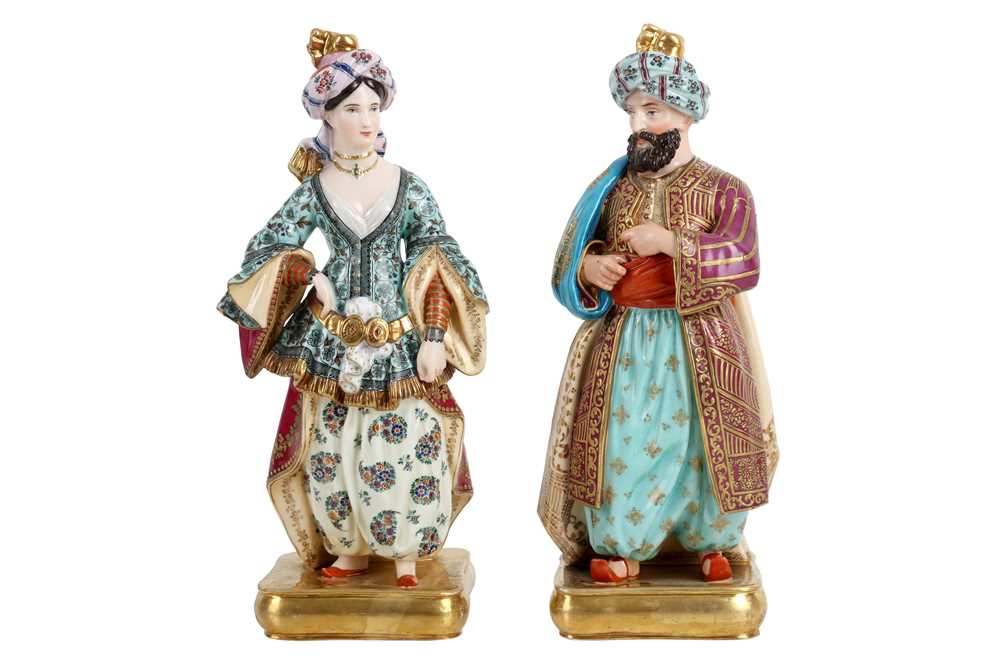 A PAIR OF MID 19TH CENTURY PARIS PORCELAIN FIGURAL FLASKS AND STOPPERS OF A SULTAN AND SULTANA, for the Turkish market and probably by Jacob Petit, the Ottoman style figures ornately dressed and raised on gilt, cushion shaped, integral bases, each with a stopper fitted to their turban, incised script G to the underside of the Sultan figure,

Related Literature: H. Williams, Turquerie: An Eighteenth-Century European Fantasy, London, 2014, pp.210-11 on the manufacture and popularity of these figures.


Overall of good appearence and condition. Section to the back of her base restored and a small area of restoration to the base of her stopper restored. Male figure with crack to mid section just below his right elbow.