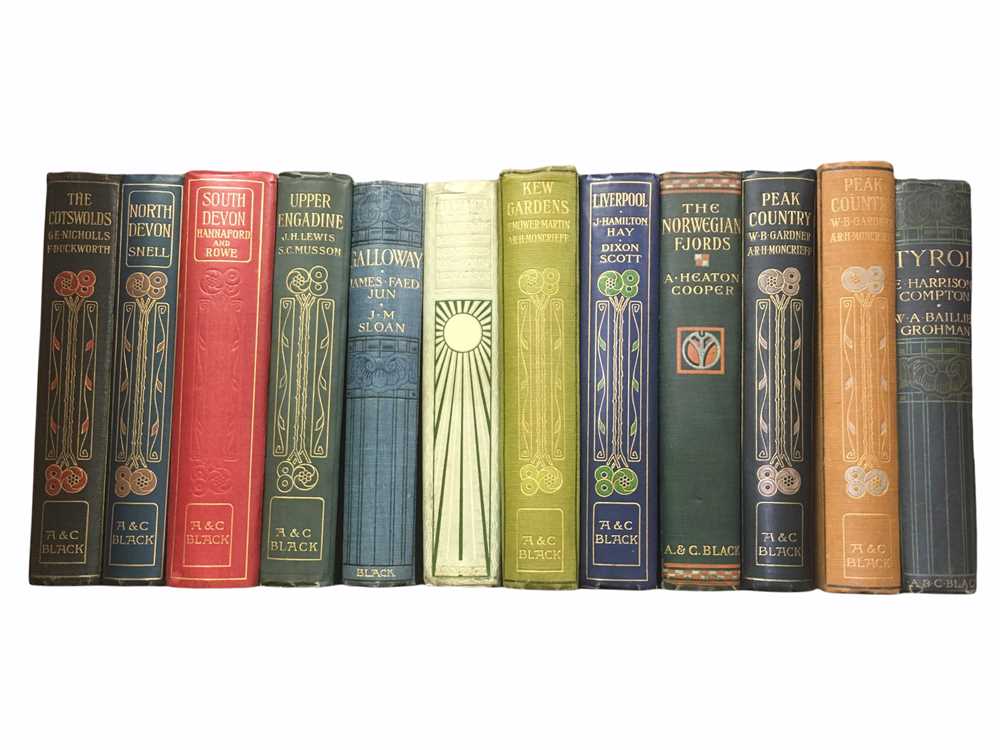 11 vols. (of 13), lacking Ireland and Paris, all First Editions for the series, each with numerous colour plates, some spotting, ownership inscriptions, original decorative cloth, some wear, 1906-1908, with a duplicate of The Peak Country in the fawn cloth variation; The War Front Series, 4 vols., all First Editions for the series, some spotting, ownership inscriptions, bookplates, original decorative cloth, some wear, 8vo, 1920; The Fascination of Europe Series, 6 vols., original cloth gilt, 1913-15; with 17 others similar, majority miscellaneous titles published by A & C Black (38)