ADRIAN JONES (BRITISH, 1845-1938: A LARGE PLASTER MODEL OF GRAND NATIONAL WINNER 'WHY NOT' 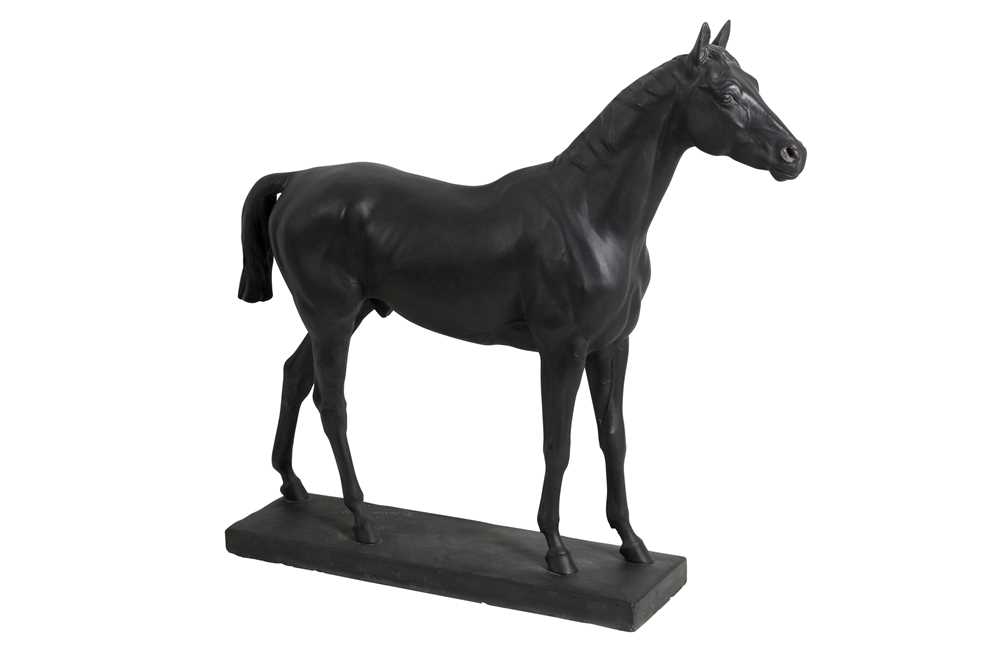 ADRIAN JONES (BRITISH, 1845-1938: A LARGE PLASTER MODEL OF GRAND NATIONAL WINNER 'WHY NOT'

ADRIAN JONES (BRITISH, 1845-1938: A LARGE PLASTER MODEL OF GRAND NATIONAL WINNER 'WHY NOT', the painted plaster model of the standing race horse entitled 'WHY NOT' in relief to the front of the rectangular plinth base, signed 'Adrian Jones 1894', mounted in an ebonised and glazed display case with later base,

Adrian Jones is most famous for his massive bronze equestrian group 'Peace descending on the Quadriga of War', on top of the Wellington Arch at Hyde Park Corner in London. Attached is an image of the sculptor and two of his assistants taking tea inside the huge plaster mould for one of the horses, which give a very real view of just how large these sculptures were and how difficult to cast in bronze. His other public works include an equestrian statue of Prince George, Duke of Cambridge at Whitehall, and the Royal Marines National Memorial at St James's Park, London. His works do not often come up for sale and this sculpture, probably a plaster maquette for a bronze that was either never cast or since lost, represents a rare opportunity to purchase a relatively inexpensive work by this renowned and respected British sculptor.