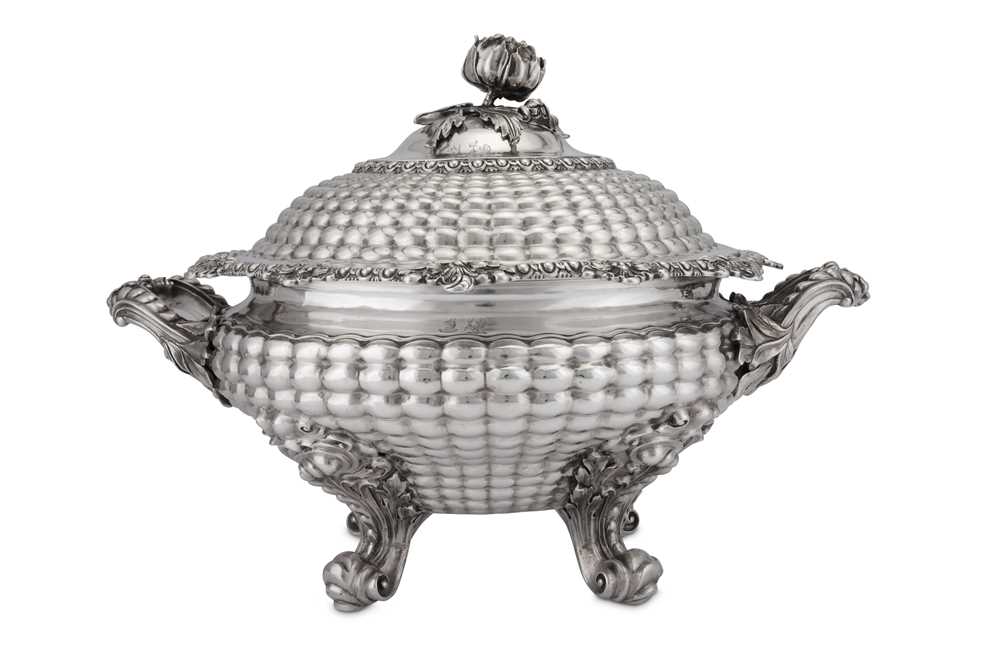 Of compressed circular form upon four bold scroll feet with acanthus and ribbed asymmetrical scroll junctions. The rim formed as ribbed acanthus scrolls between guilloche, the twin handles formed as ribbed scallop shells adjoining ribbed scrolls with leafy junctions. The pull-off domed lid with an upper band of guilloche surmounted by a detachable cast finial of a cabbage rose upon a leafy calyx. The body and lid with embossed ‘quilted’ decoration. The interior with a plain removable liner. The body, lid and liner engraved with twin crests of; out of a mural coronet a griffin's head and a demi-lion rampant, holding a battle-axe. Fully marked underneath, part-marked to lid, liner and finial, the retaining nut with lion passant only.

The first crest is for:

The second crest is for: