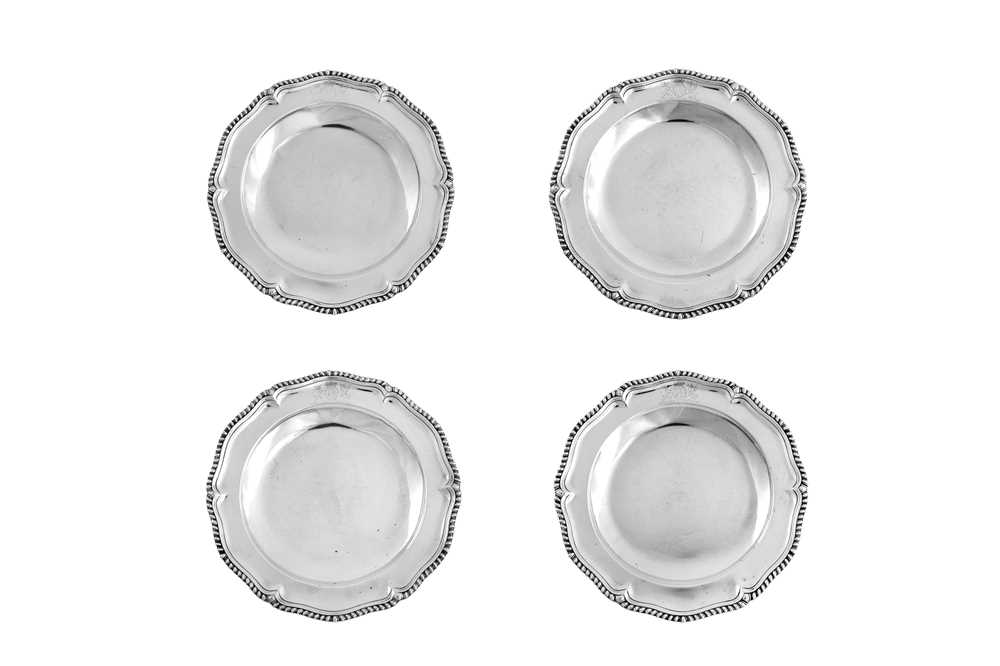 Each of shaped circular form with a gadrooned edge. Each engraved to the edge with a quartered coat of arms with the knight of the garter motto, between supporters on the dexter side a panther, argent, spotted with various colours, fire issuing out of his mouth and ears proper, gorged with a collar, and chain pendant, or: on the sinister, a wyvern, vert, holding in his mouth a sinister hand coupé at the wrist proper, all surmounted by a Ducal coronet and with the motto below Mutare Vel Timere Sperno. Each engraved to the reverse No 37 21 OZ 5, No 38 20 Oz 15, No 39 21 oz 10 and No 40 21 Oz 10, also with scratch weights near the marks 23=3, 23=9, 23=9 and 22=11 respectively. Each fully marked. (4)