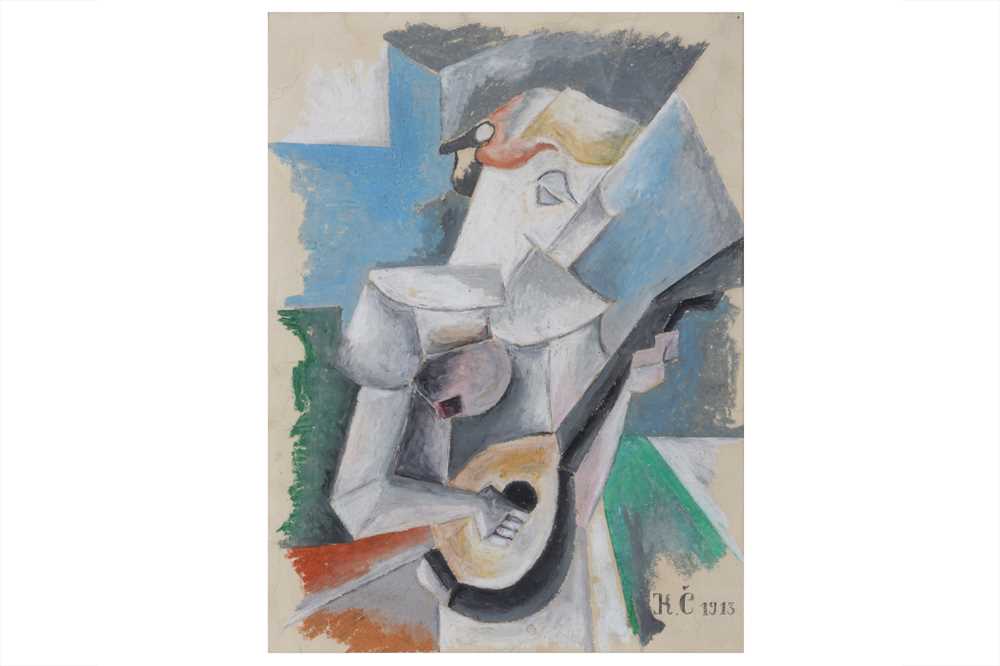 PROVENANCE:
Auguste and Marie-Terese L'abbe, Zurich
Sale, Sotheby's, London, 12 July 2007, lot 333
Whitford Fine Art, London, purchased at the above sale
Purchased from the above by the present owner in 2007

Karel Čapek was a Czech writer, playwright and critic and the brother of the painter Josef Čapek. Karel has become best known for his science fiction literature, most famously his play Rossum's Universal Robots (1920) in which he invented the word robot. Although he is best remembered for his writing, Karel Čapek was also a skilled painter and fascinated in particular by Cubism, with his first paintings appearing in Prague in 1912. He was a member of the Tvrdošíjní (The Obstinate Ones) group, and many of his works were shown at The Obstinate Ones’ exhibitions.

Prague was arguably the most important centre for Cubism outside of Paris before the start of WWI, with its members most active between 1912 and 1914. Notable participants included Emil Filla, Josef Čapek, Otto Gutfreund and Pavel Janák. Influenced by the Cubist works of Picasso and Braque, the group aimed to extract components from the French masters' works for their own creations. Unlike the violent and fragmented French cubist works, Czech Cubism was clean, regular and harmonious.

Čapek's 1913 Cubist creation Guitar Player features a clearly delineated and simplistic half-length figure. The figure's arms and body are robotic and share qualities with the robot characters that would come to feature in his 1920 play.